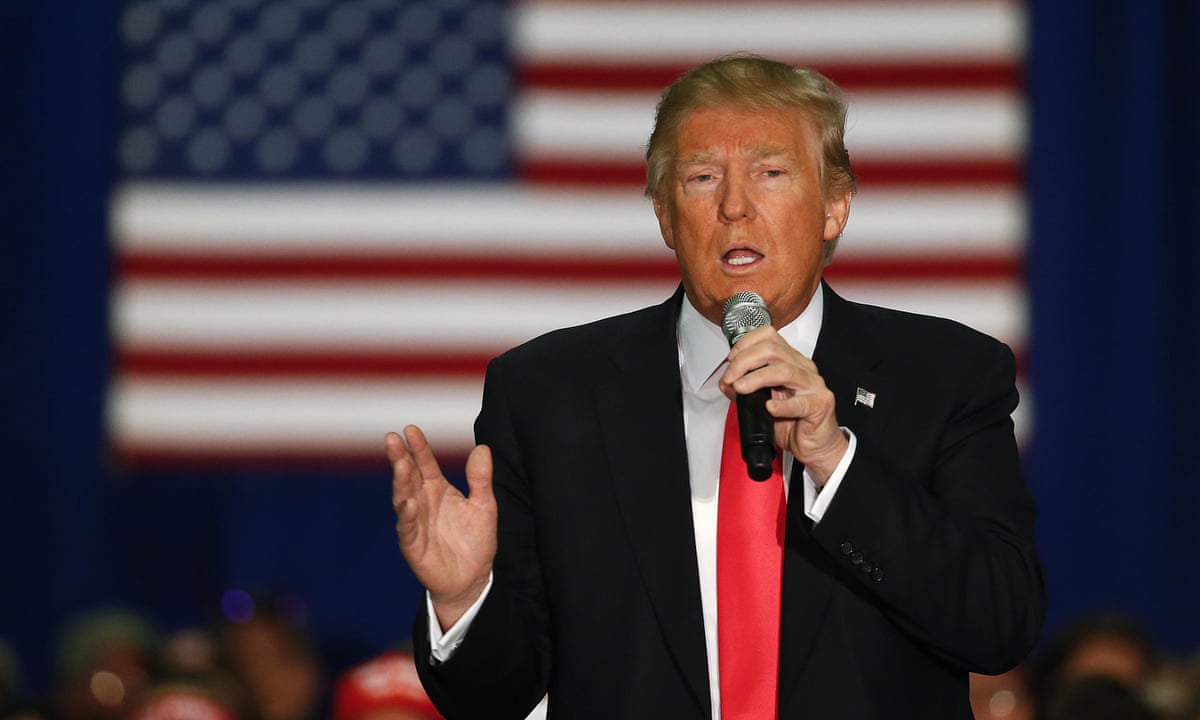 Key conservative groups backed by the billionaire Koch brothers and their network of rich allies are plowing millions into Senate races after becoming frustrated by the overheated rhetoric and policies of leading Republican presidential candidates especially frontrunner Donald Trump and opting to stay out of the primaries.

In Wisconsin, for instance, Americans for Prosperity, the Koch networks political flagship group, has begun a $1m effort to back the Republican senator Ron Johnson in his battle against Democratic former senator Russ Feingold, who is ahead in the polls.

We plan to be active in a number of key Senate states this spring, said James Davis, a spokesman for Freedom Partners Chamber of Commerce, the fundraising hub for the Koch network, which last month poured $2m into an Ohio ad drive attacking former Democratic governor Ted Strickland, who is attempting to unseat Republican senator Rob Portman.

As the Senate ad blitzes have accelerated, many Koch donors have been advised to ignore the cult of the presidency and think long term by focusing instead on states where Koch-backed groups have recently scored victories over labor and green groups, according to a private letter obtained by the Guardian.

With the eyes of the nation fixated on he-said, she-said character attacks and the race for delegates, the prospects for a freer, more prosperous future can seem bleak, began the 16 March letter to big donors from the Americans for Prosperity CEO, Luke Hilgemann.

Its understandable that many Americans succumb to the cult putting all their eggs in the basket of one person as the way to solve underlying cultural and economic challenges facing our nation. Then, after rising to power, they fail to deliver on even their most basic promises, namely reining in a government spending spree.

Urging donors to reject this model, the AFP letter then ticked off several tremendous policy victories for the network including slapping down proposed tax hikes in Indiana and South Carolina, expanding worker freedoms in Missouri and West Virginia, and stopping corporate cronyism in Florida among others.

The letter comes after division in the donor ranks over the Koch networks decision not to attack Trump, despite his being deeply disliked by many big donors.

Some of the networks leading donors, including conservative philanthropist Randy Kendrick and its top political operative Marc Short, made unsuccessful pleas for the network to launch anti-Trump ads. A few of the big Koch donors led by the billionaire Ricketts family, which owns the Chicago Cubs pumped over $6m into the Our Principles Pac, which has been heading the anti-Trump ad drives in several states. Short left the network in late winter and is now consulting for the National Republican Senatorial Committee and some gubernatorial campaigns, the Guardian has learned.

The AFP letter and the Senate ad blitz underscore shifts under way in the Koch donor network, which is aiming to spend an astonishing $889m this election cycle on a mix of political and advocacy efforts to boost candidates and issues in sync with their small government and unfettered free market philosophy.

The AFP missive also has echoes of comments that Charles Koch made in an interview early this year with the Financial Times where he indicated he was disappointed about the tone and substance of this years Republican presidential campaign: Koch specifically knocked the anti-Muslim rhetoric and policies of both Trump and Senator Ted Cruz, a longtime favorite of many in the network for his vehement denial of climate change, which the vast majority of scientists say is linked to fossil fuel usage.

Some Koch donors are also upset with the tenor of the primaries. Im getting sick of hearing Trump and Cruz call each other names, said Minnesota broadcasting billionaire Stan Hubbard, a major check-writer to AFP; Hubbard, Kendrick and hedge fund mogul Paul Singer are also supporting the anti-Trump Super Pac Our Principles. Why dont they act like adults? Ronald Reagan must be turning over in his grave.

Still, a number of major Koch network donors are backing Cruz including hedge fund mogul Robert Mercer, who gave a whopping $11m to a pro-Cruz Super Pac last year, and Kendrick. Cruz walloped Trump in Wisconsin on Tuesday, in a contest that many analysts now predict will lead to a contested convention this summer.

But lately, the Koch networks resources have been focused more on its Senate ad blitz part of a broader effort by several outside groups including ones linked to GOP strategist Karl Rove and the US Chamber of Commerce, to help the GOP retain their majority in the Senate in a year that some analysts and donors believe favors Democrats especially if Trump is the nominee.

Some Koch donors worry that if Trump winds up leading the ticket the Koch and Republican ad drives may not help much. Every single candidate will be faced with the things Trump has said and done, one Koch donor glumly noted, wondering: How do we have a strategy or a Senate effort?

But those concerns dont seem to be fazing key groups in Koch world. In addition to the AFP and Freedom Partners recent ads, the Koch-backed Concerned Veterans for America spent about $700,000 in Nevada last month to boost Representative Joe Heck, who is seeking to replace the retiring Senate minority leader, Harry Reid.

The Koch network also may spend money on a Florida Senate contest, say conservative sources: they note that a number of its donors favor running ads to help Representative Ron DeSantis who must first win a Republican primary in August to have a shot at filling the seat being vacated by Senator Marco Rubio.

At least one candidate who the Koch network helped last year, Senator Kelly Ayotte of New Hampshire, is not likely to get much help this year, however, because of her support for an EPA initiative to limit carbon emissions, a measure that is strongly opposed by the Koch network, according to conservative sources familiar with ad planning. Ayotte endorsed the EPA plan not long after AFP ran about $1m in ads in New Hampshire in 2015 that attacked the policies of Governor Maggie Hassan, who is now running for Ayottes seat.

Despite the Koch networks renewed focus on helping Senate candidates and state policy fights, some donors expect that given the high stakes in this years presidential race, the Koch network will pump big money in the fall to help defeat the Democratic candidate.

Mark Holden, the chairman of Freedom Partners, left the door open in a recent email to the Guardian: If during the general election cycle, a candidate or candidates were able to garner support from the public with a positive message in support of the issues we care about, and if they did not engage in personal attacks and mudslinging, we would consider potentially getting involved.