Fair Bluff has already been hit by two hurricanes but if another arrives this year, it could become one of the USs first climate crisis ghost towns 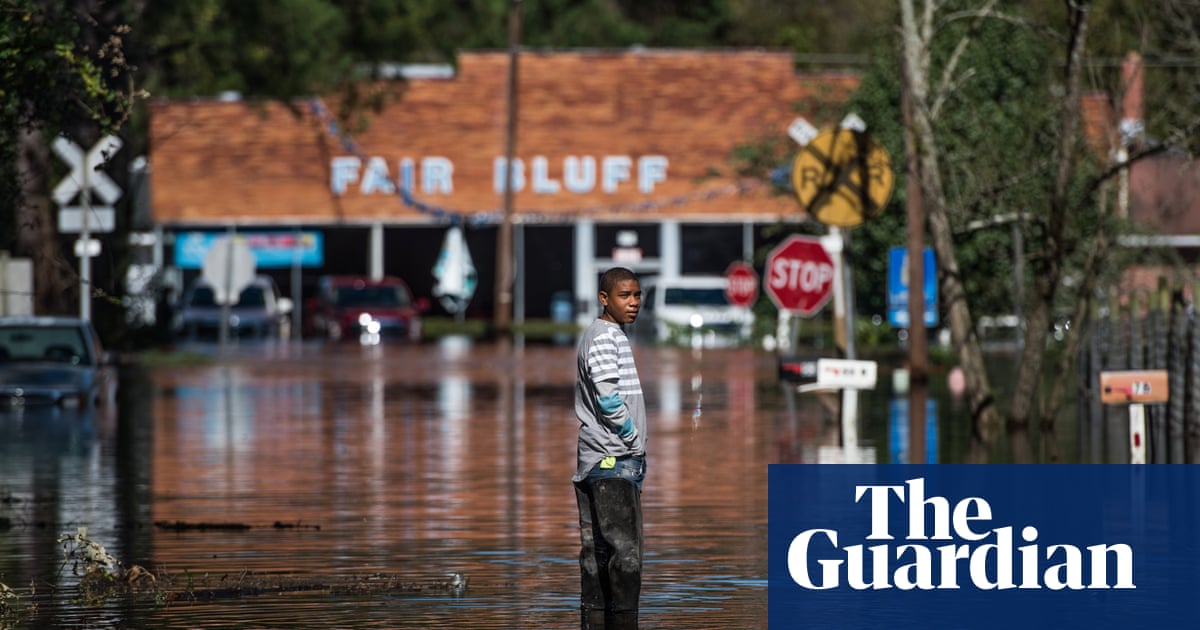 The water slithered up while the people went to sleep. No text alerts. No sirens. Just the Lumber River, the color of black tea, carrying out its slow, silent ambush, creeping up to the steps of the Baptist church and the rototillers at the hardware store and the 99-cent greeting cards in the pharmacy.

In her final hours in the home where she grew up, 55-year-old Bonnie Savage pulled a load of warm clothes from the dryer and folded them. She was hardly concerned about Hurricane Matthew. It had come ashore in South Carolina as a category 1 and was a tropical storm by the time it tumbled inland and into her hometown of Fair Bluff in eastern North Carolina.

Before that night – 8 October 2016 – the only major flood in Fair Bluff came in 1928, courtesy of the Okeechobee hurricane. Hurricanes, most people in Fair Bluff believed, were problems for people who lived at the beach. Climate change, they often thought, was hogwash. Most of the 1,000 or so people in Fair Bluff had never seen more than ankle-deep puddles in their streets. No way, they believed, could Matthew drop 13 inches of rain that weekend and leave 71 of their homes uninhabitable.