— The first half of the first episode is real. Up through the part when the SEC raids the Bluths’ boat party and arrests George Sr. All that stuff really happened.

— The SEC investigates every penny of George Sr.’s business dealings. Admittedly, they’re not always perfect when it comes to doing a skilled investigation, but let’s say they dig most everything up.

— Evidence from the SEC’s digging helps convict George Sr. of the other crime he’s being investigated for: what he calls “light treason” (home building in Saddam Hussein’s Iraq, as revealed later in the show).

— The government calls this crime “treason-treason.”

— George Sr. is sentenced to death (the longstanding punishment for treason).

— Awaiting execution, George Sr. is held prisoner in the awful conditions afforded to an enemy of the United States. It’s very Gitmo. Or if you don’t believe the U.S. would put a U.S. citizen through that kind of nightmare, fine, let’s say it’s very Homan Square.

— George Sr. is a well-off businessman from a non-Saw background. Thrown into a world of horror he’s not ready to cope with, he suffers a mental breakdown.

— From there, the rest of Arrested Development is a fantasy George Sr. plays out in his mind, full-time, to avoid his pain and guilt and mortality. He’s decided his real world is actually a fictional TV show, and he makes up its next developments like they’re new episodes. (George also backfills the real events we’ve seen with details that fit that fantasy.) Remember, our brains invent stuff all the time. Our moods change what we remember. Confirmation bias helps us avoid the truth. It’s pretty extreme for those cognitive faults to warp our entire reality, but “Death Row Torture Nightmare” is an extreme situation.

Why even suggest this is the case? Because in that scenario, there are 10 ways Arrested Development makes a lot more sense.

#10. It Explains The Characters’ Self-Awareness

How are Arrested Development‘s cast able to reference the fact that they’re characters on a TV show in danger of cancellation? Their self-awareness ranges from the subtle (hinting in this episode of Season 2 about Fox cutting their episode order from 22 to 18) to open begging (in a Season 3 episode, they ask HBO and Showtime to pick them up, throw a stunt-cast “Save Our Bluths” party, and promote an online anti-cancellation fan campaign). 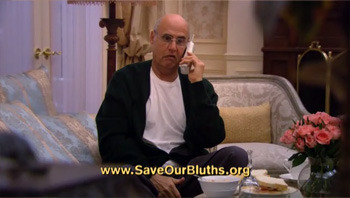 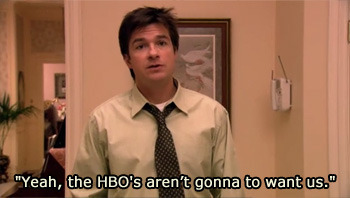 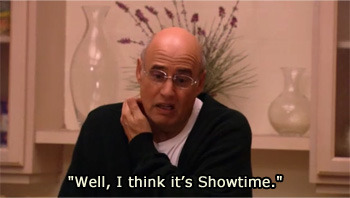 Those behaviors all make sense if this is George Sr.’s fantasy and Arrested Development is a TV show he writes in his head. The cancellation references are how he’s digesting his imminent execution, turning his certain death into fun minor entertainment news.

#9. It Explains The Show’s Complexity

#8. It Explains Ron Howard Being Front And Center In A Modern TV Show

A man of George Sr.’s generation has seen hundreds of episodes of The Andy Griffith Show and Happy Days. This allowed him to internalize and mentally replicate Howard’s voice, using it rather than his own voice to talk himself through the plots he’s inventing on the fly. Since George Sr.’s so committed to his fantasy, he never wonders why Arrested Development is Ron Howard’s one and only major gig as a TV narrator, or why someone with an unremarkable voice would get so much voiceover work.

#7. It Explains Why The Show’s Version Of The U.S. Justice System Is A Joke

In the real America, laws allows the government to do not-a-joke things like torture people at black sites without due process. George Sr. would rather live in a world where the judicial system is easy to game, prisons are easy to escape, and lawyers are the funny guy who played Fonzie. (George loooooooves Happy Days.)

#6. It Explains Why The Family Business Never Goes Bankrupt

The Bluth Company is a real estate development firm. Their lights only stay on if they have the public goodwill to close big complicated deals. They can’t just ride out horrible press by selling an irresistible necessity. 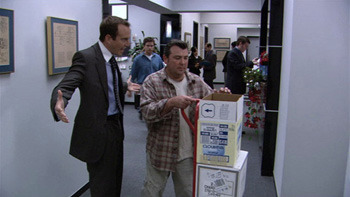 But since this is a fantasy, the Bluths don’t just avoid bankruptcy; they maintain lavish day-to-day expenses. Michael’s non-stair car is the only major possession they had to sell. G.O.B.’s still got his Segway and two different yachts to live on. Lucille’s still at her Balboa Towers apartment, pushing Lupe around. They explain away other family members living in a mansion by calling it a model home, but other than its HomeFill junk and tenant-induced damage, it’s fully functional. They still have lawyers and P.I.s on retainer. And they still throw lavish parties and hire a professional caterer / bounty hunter and feast on everything from Skip’s Scrambles to poolside lunches, even though real-life cost-cutting means cooking at home more than once and asking family members to stop running up the utility bill.