The prevalence of lifestyle diseases such as type 2 diabetes is rising alarmingly in cities across the world. But the social factors driving this epidemic are complex and need our urgent attention 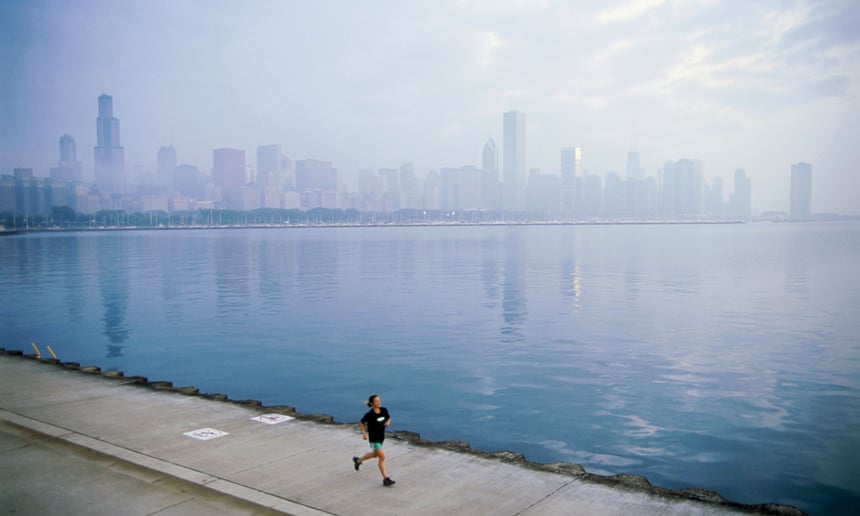 Do cities make us sick? A century ago, it went without saying that they did. With their teeming slums, open sewers, filthy streets and soot-laden air, global capitals such as New York, Rome, London, Paris and Hong Kong were rife with infectious diseases. As recently as the 1960s the height of the old urban crisis of de-industrialisation and white flight in the US cities had rates of infant mortality and disease that were far higher than those of suburbs.

That world has been turned completely upside down. Cities have come back and poverty has shifted to the suburbs a process which has been dubbed the great inversion. Todays great cities are engines of technological innovation and economic growth; they are cleaner, greener and safer than many suburbs and rural areas, and much more productive.

Urban density is associated with high wages, artistic creativity and entrepreneurial start-ups rather than epidemics. Affluent city-dwellers have access to a wider variety of organic foods than even the rural people who grow them; they jog and bike and belong to expensive gyms and enjoy long life expectancies. And, of course, cities are home to great medical centres.

But if our cities are experiencing a dramatic resurgence, inequality is also growing at a fantastic pace. Our economic geography is deeply polarised, and the fault lines run not just between cities and suburbs, but between comparatively rich cities and comparatively poor ones and between the more or less advantaged and disadvantaged neighbourhoods within them.

Back in 2012, my Martin Prosperity Institute colleague Charlotta Mellander and I created a Metro Health Index for the US, using levels of smoking and obesity as proxies for healthiness. Comparatively healthy places, we found, were more urban and diverse, and generally had post-industrial economic structures. A strong hi-tech presence was a harbinger of better health; a dependence on older manufacturing industries was associated with poorer health. Metros with higher incomes, higher levels of education and greater concentrations of the creative class were healthier than those where less well-educated, working-class occupations predominated.

But urban structure and commuting styles also played a role. Denser metros where greater shares of residents walked or biked to work were healthier than more sprawling metros where larger shares of people drove to work by themselves. The way we live not just what we eat and how much we exercise appears to play a big role in how healthy we are.

But if the downtowns of many older US cities are pre-eminently walkable, their more affordable peripheries and suburbs are as car dependent as most newer Sunbelt cities. And the affluent creative class is far from a majority: overall, it accounts for less than a third of the workforce. For most of us, urban living means long commutes, sedentary working days and the constant temptations of junk food and sugary and alcoholic beverages.

The prevalence of lifestyle diseases atherosclerosis, heart disease, stroke, type 2 diabetes and the whole panoply of bad things that are associated with obesity, smoking and alcohol and drug abuse is rising alarmingly. Two thirds of the 415 million people around the world who have type 2 diabetes live in cities. A new study by researchers at University College London for the Cities Changing Diabetes programme explores the complex social and cultural factors that are driving this epidemic. One of its most striking findings is that the social isolation that occurs in cities and vulnerability to disease are closely associated.

That chimes with an important study published by Toronto Public Health, which looked into the increasing incidence of mental health problems and suicides in the citys population. The link it found between suicide and social isolation was unmistakable. Isolation is a fact of life in far-flung sprawling suburbs where people depend on the car, but it also occurs in even the most crowded cities.

There is good news and bad news in this. If urban living elevates some health risks, cities can also mobilise the resources that are needed to mitigate them. Most cities have well-established infrastructures for the delivery of social welfare and health services. Urban hospitals and clinics are developing more and more effective medical interventions; as medical schools and medical professionals reach better understandings of the specifically urban dimensions of health problems, they will be better able to respond to them. Urban density and diversity accelerate the transmission of information and ideas; cities are rich in media and other mass communication professionals and platforms that can go far to raise public awareness and change behaviours.

Quality of place is important too numerous surveys have shown that the physical and intangible features of a city are associated with higher levels of happiness and better health. Poor health outcomes and intractable urban poverty are as closely related today as they were historically; raising minimum wages, improving education and creating higher levels of socio-economic mobility can go far to change that. Community-building can help dispel the plague of loneliness.

Cities can do a lot, and many are but they cant do it all by themselves. A century ago, healthcare practices and standards received a huge boost through the extraordinary concept of teaching hospitals. We need to bring similar levels of innovation and creativity to the delivery of healthcare in our cities today via robust urban agendas at the state and national levels of government, and by building international networks of expertise that knit private and public resources together. Cities themselves need to become more like teaching hospitals where researchers, policy-makers, urbanists and residents can come together to identify the most effective ways to promote healthier lifestyles.

By the middle of this century, 75% of humanity will live in cities; we are about to embark on the greatest epoch of city-building that history has ever seen. We can do it systematically, making our cities better and healthier places, or we can wing it. The choice is ours.

Richard Florida is the Director of the Martin Prosperity Institute at the University of Torontos Rotman School of Management, Global Research Professor at NYU, and the co-founder and editor-at-large of The Atlantics CityLab.