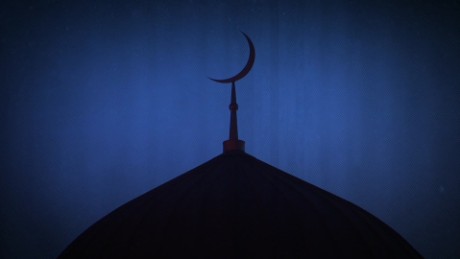 (CNN)Donald Trump unleashed a firestorm of criticism from liberals, conservatives and those in between when he called for a ban on Muslims entering the United States.

But while such a ban is unlikely to be implemented in a country founded by immigrants, the cheers that followed his announcement at the South Carolina rally are telling.

“I think that we should definitely disallow any Muslims from coming in. Any of them,” supporter Charlie Marzka, 75, told CNN. “The reason is simple: we can’t identify what their attitude is.”

Indeed, the truth about Muslims in America is shocking — but not in the way Trump and his supporters might think.

A look at polls and studies conducted in the last few years show that Muslims have been crucial in helping law enforcement find terror suspects in the United States. Many have served in the military protecting the country against terrorists. And in many ways, they’re a lot like other everyday Americans.

Here’s the reality of Muslims in America — and how it smashes stereotypes:

They are a miniscule portion of the U.S. population

It’s difficult to come by hard numbers because the U.S. Census doesn’t collect religious data. But the fear of Muslims taking over and imposing Sharia law is unfounded. By some estimates, Muslims make up less than 1% of the U.S. adult population. By 2050, their numbers will grow — to 2.1%. Of all the Muslims in America, 63% are exactly the kind Trump wants banned — immigrants.

They’re better educated than most Americans

U.S. Muslims have the second-highest level of education among major religious groups in the country; Jews have the highest. And a greater proportion of them have college degrees than the general U.S. population.

They have more gender equality

While in many parts of the Muslim world, women are confined to second-class status, that’s not the case among American Muslims. Virtually all of them (90%) agree that women should be able to work outside the home. American Muslim women hold more college or post-graduate degrees than Muslim men. And they are more likely to work in professional fields than women from most other U.S. religious groups.

They’ve been here since the birth of the nation …

Scholars estimate about a quarter to a third of the Africans brought to the United States as slaves were Muslims. Most were then forced to convert to Christianity.

… and they’re not just clustered in big cities

American Muslims live in cities big and small all across the United States. The first mosque built in America was in, of all places, Ross, North Dakota, back in 1929.

They’re as religious as Christians …

The general perception of Muslims has one thing right: Most Muslims are very religious. About half say they attend the weekly Friday prayers. But that makes them similar to Christians: About 70% of Christians say religion is important in their lives, and about 45% go to a weekly service.

… but they’re not as dogmatic as they are portrayed

Much has been made about fundamentalist Muslims and their strict interpretation of the Quran. But most American Muslims are different. A Pew religious landscape survey found that 57% of American Muslims say there is more than one way to interpret Islam’s teachings. A similar number says many different religions can lead to eternal life.

There have been Muslims involved in terrorism …

… but they’ve also spoken out against it

After every terrorist attack at home and abroad, the refrain rises, “Where is the Muslim condemnation?” American Muslims have spoken out — and done much more. A Duke University study found more terrorism suspects and perpetrators were brought to the attention of law enforcement by members of the Muslim-American community than were discovered through U.S. government investigations. And a Pew survey found that roughly half of U.S. Muslims say their religious leaders aren’t speaking out enough against Islamic extremism.