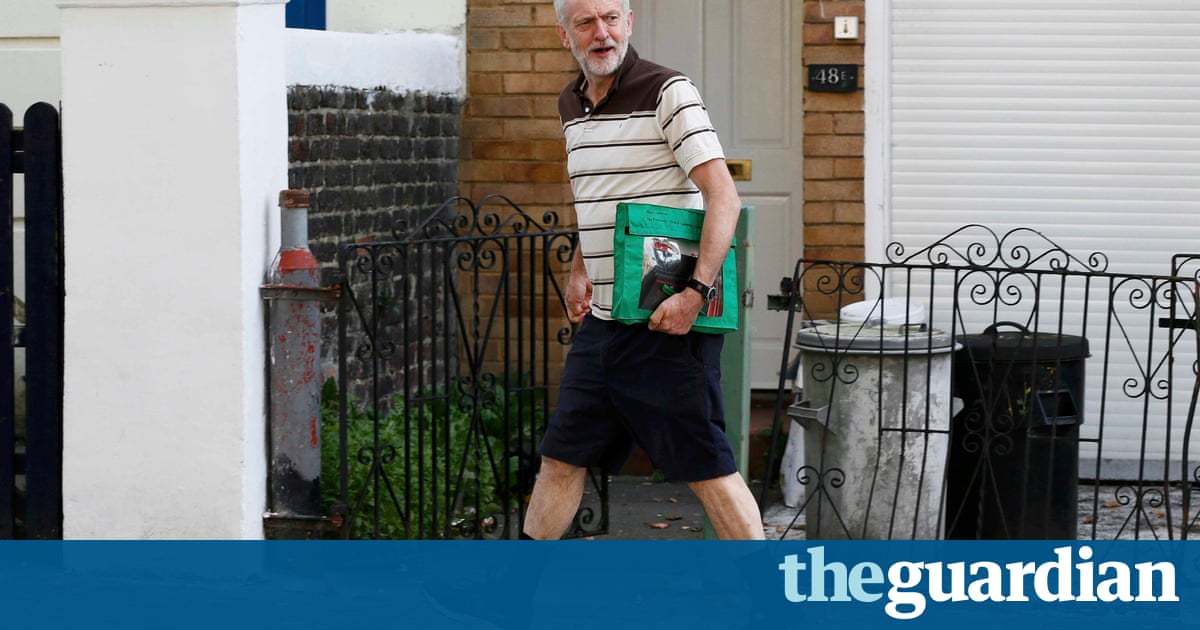 Once again, after 8 June, all is up in the air. Britain is unlikely to have five more years of strong and stable leadership from Theresa May. Uncertainty has become the new normal. Far less understood, beyond the easy rhetoric, is what lies behind the dismantling of predictable politics. Why now? Why not a decade ago, when the financial system crashed?

Thankfully, I have Steve Richardss latest musings to turn to as I, like everyone, seek to make sense of it all. There is no more insightful observer of the British scene than this reasoned pundit turned standup. His latest book seeks to explain the rise of the maverick. More presciently, it seeks to explain how the so-called mainstream lost its way. First, the world before 8 June: Richards argues that the rot set in long ago. Politicians, so the saying goes, always fight the previous election. They are always behind the times. Harold Wilson and Edward Heath in the 1970s believed that only an incomes policy would be bearable for a public that still bore the scars of the prewar depression. They failed to see the societal impulses that would lead to the rise of Margaret Thatcher.

In the 1990s a new truth emerged. Tony Blair and Bill Clinton believed the Thatcher/Reagan consensus on economics was immutable. The left could never be trusted again and had to imitate the free-market right. This approach brought short-term electoral success. It also drained supporters of optimism and ideals. These centre-left prime ministers and presidents might have been silver-tongued communicators with a forensic sense of strategic objectives. They may have ruled unchallenged for a decade, but they were not visionaries. They could brilliantly analyse the recent past and adapt their parties accordingly, but they could not see very far ahead.

Then came the 2007-08 financial crash. Richards contends that it changed the dynamics of politics immediately. Im not so sure. I wrote at the time how so much political ground had opened up, but how few politicians were prepared to move on to it. I remember having standup arguments with people around Gordon Brown. They could have attached strings to the bailouts. They could have gone after the many in the City who had acted immorally and in case they had bothered to investigate and prosecute criminally. To have, very publicly, led some leading financiers from the dock to their prison cells would not only have been popular, it would have changed politics. Rather than undermining faith in entrepreneurial capitalism (the default fear of the Blairites and Brownites), a public reckoning might have reinforced confidence in the economic system. They didnt do that just because they were scared.

David Cameron and George Osborne turned logic on its head. For a short while they succeeded in persuading voters that the cause of their distress was not the super-rich and the greedy, but free-spending Labour governments. Austerity was the only answer. Ed Miliband fought the 2015 election on that same paradigm even though he didnt believe it.

In the new traumatically constraining context of the globalised economy, mainstream parties on the left and right have failed calamitously to find ways of telling the truth about what they can do, what they want to do and what they believe, with conviction, they should do, the author notes. He brilliantly nails it: Their failure to frame arguments based on an essence of truth gives space for the outsiders to flourish mendaciously.

Which brings us to Brexit and the lies and half truths that were told during the campaign. The case for open borders, for European cohesion, was never made. Who has persuasively made the case for immigration? After all, the best way to stop people coming to any country in droves is to make it poor, miserable and unwelcoming. That is an indictment not just of the hapless and hubristic Remain campaign, but all governments of the two previous decades.

Richards casts the malaise in a global context, identifying parallels from Austria to France, from Spain to Australia. Inevitably, he devotes space to the weakness of Hillary Clinton and the space she allowed Donald Trump to exploit. The mainstream leaders on the centre left and centre right have partly chosen to be weak.

How much is the media to blame? For sure, the relationship has long been toxic the fear of antagonising media moguls; the role of broadcasters slavishly following the agenda of those newspapers; the role of social media denying people in public life a moment to reflect, and making it hard for users to differentiate between fact and fiction. Yet, sensibly, Richards does not overstate the case. Fake news may be dangerous. But much of the time it is merely preposterous and far less sinister than it appears to be. In other words, it is self-correcting and politicians should pay less attention.

So are we about to usher in a new era of a more authentic and courageous politics? One of the paradoxes, the author suggests, is that Theresa May appeared to understand the need for the state to step in to correct economic imbalances. Her lack of empathy and her other weaknesses are likely to ensure that she will not survive long enough to test this assumption. Will Jeremy Corbyn, that outsider of outsiders, eventually be given the chance?

Richards does not give up on our politicians. He will not dismiss a profession he regards as noble. In a marketplace crowded with more shrill assessments of Brexit and Trump, this stands out for its reason and optimism.

I agree with the author that most of our politicians, no matter what their hue, are well intentioned. They work hard; they do their best. Yet part of the problem is the quality of the intake. Where are the brilliant business leaders and entrepreneurs? Where are the world-renowned brain surgeons and the film-makers? Instead, the ranks of green benches in the House of Commons is made up of former advisers and other assorted political hacks, who rarely venture beyond London SW1 and know little of the world (let alone Europe). Contrast that with France and the real revolution that Emmanuel Macron has brought about. A new generation of exciting outsiders is on the rise there. Thats what I call a real election.