Institutions have changed to reflect the modern world, but not the monarchy. And she is to blame 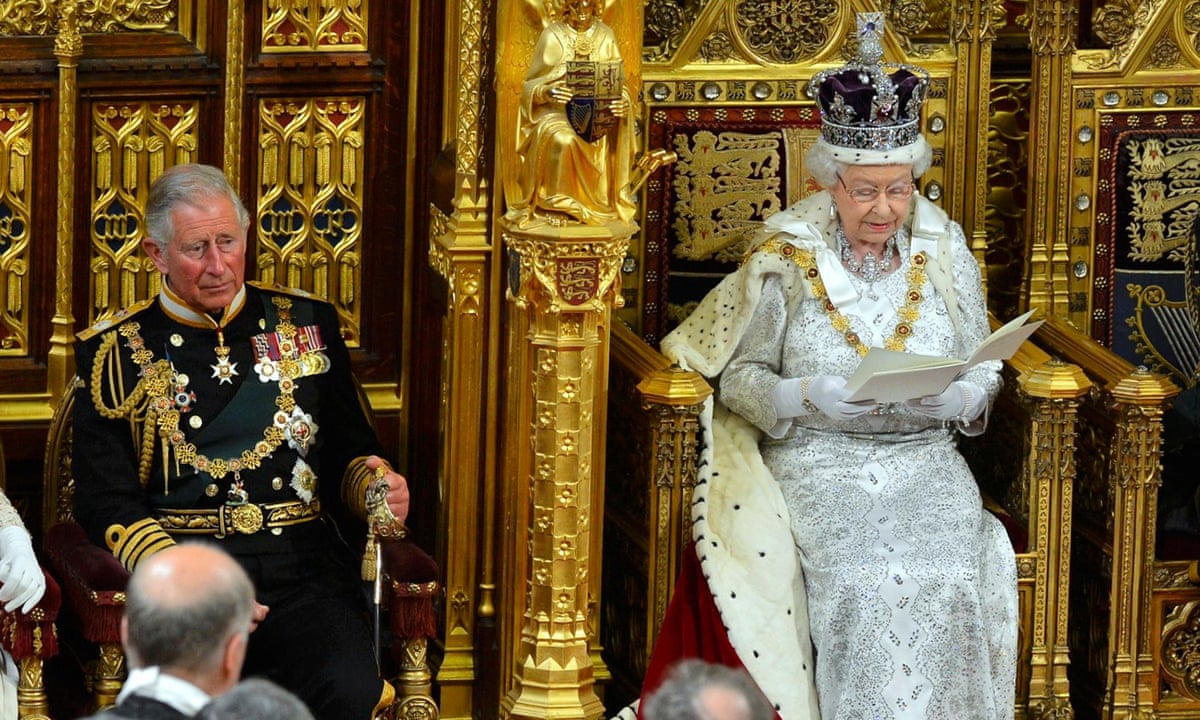 The Queen is scheduled to take a short walk from Windsor Castle tomorrow, meeting the public and unveiling a plaque as she celebrates her 90th birthday. Such events are carefully orchestrated, evoking the history of the institution she represents, so it is unfortunate that her stroll will begin at the Henry VIII gate, named after a notorious uxoricide and probable psychopath.

Elizabeth II is not a direct descendant of her monstrous predecessor and the modern monarchy is very different from its Tudor counterpart. After more than six decades on the throne, the Queen has come to occupy a special role in the national psyche, if such a thing exists. She has come to represent continuity at a moment when the world seems more dangerous than ever.

These days she is a grandmotherly figure, and it is regarded as churlish to ask questions about how she has conducted herself as head of state. I am a republican, and I dont believe in the monarchy but if you strip away the stardust, as royalists like to call it, it is hard to see her reign as a resounding success even on its own terms. Her personal popularity has fluctuated wildly: in the autumn of 1997, after the death of Princess Diana, the Daily Mail published a memorable front page, demanding: Time for the Queen to go? At that low point, an opinion poll suggested that seven in 10 Britons wanted her to consider abdicating.

The monarchys foundations are less secure than is often assumed, which is why royalists should be worried that the Queen will leave behind an institution as unreformed as it is undemocratic. There is a chasm between the UKs constitutional arrangements and its commitment to equality: viewed from abroad, the royals are a strange bunch of people with little connection to the diverse country the family is supposed to represent on the world stage. Its inextricable connection to the archaic principle of primogeniture means that the next three heads of state will be stolidly monocultural: white, male and Anglican.

More to the point, the royal family has entrenched its position in a way that flies in the face of the dramatic changes other elements of the establishment have had to cope with in recent years. As elected politicians learn to exist in a much more open and critical society the prime minister, chancellor and leader of the opposition have just published details of their tax affairs the Queen and her immediate relatives are less open than ever to democratic scrutiny.

Senior royals now enjoy total exemption from the Freedom of Information Act. Press releases crowing about how little the monarchy costs leave out the huge cost of security, even though taxpayers fund it. The office of an elected head of state would be cheaper to run it is preposterous that there are something like 18 working royals on the public payroll. But that isnt even the most significant objection to the monarchys opaque finances. The royals habitual secrecy makes a mockery of the accountability we expect of people who receive public money.

Their exemption from freedom of information requests came about because they had a moment of staring into the abyss, caused by the Guardians attempt to see some of the black spider memos from the Prince of Wales to politicians. The fact that he privately bombarded ministers with wheedling letters, contrary to his constitutional position, was an open secret but the government fought to keep the details under wraps. Understandably, because the man they eventually revealed is a nightmare: credulous, reactionary and gripped by the illusion that he is a radical thinker. In 2004 he wrote to the then education secretary, fishing for public funds for one of his pet projects that would challenge fashionable ideas about education. Perhaps I am now too dangerous to associate with! he boasted.

Dangerous, yes, but not in the way he intended. From a variety of sources, we know that Prince Charles has character flaws that imperil the future of the entire operation. For the second time in less than a century, the throne is about to pass to someone entirely unsuited to it. If you are a monarchist, this is surely one of the Queens greatest failures: she was in charge of the princes education and upbringing, yet she has been singularly ineffectual as a brake on his excesses.

What makes this so astonishing is that the Queen has more reason than anyone to be aware of the historical precedent. She was nine in 1936 when her uncle David, another manifestly unsuitable Prince of Wales, succeeded his father George V and lasted less than a year as Edward VIII. That near-disaster for the monarchy has always cheered republicans, and the parallels between then and now are striking.

Edward was in his early 40s when he inherited the throne but Charles is approaching 70 and likely to be a king in a hurry. He has let it be known that he does not intend to stop making what he calls heartfelt interventions otherwise known as unconstitutional political interference in national life. For republicans, the prospect of this foolish, not-very-bright man ascending the throne is a dream come true. The present Queens legacy may look very different once the future of the monarchy is in the inept hands of her eldest son.