Last Monday, at the start of a chaotic week for his presidency, a defiant Donald Trump claimed there had been an upswing in Americas fortunes. Was he right? 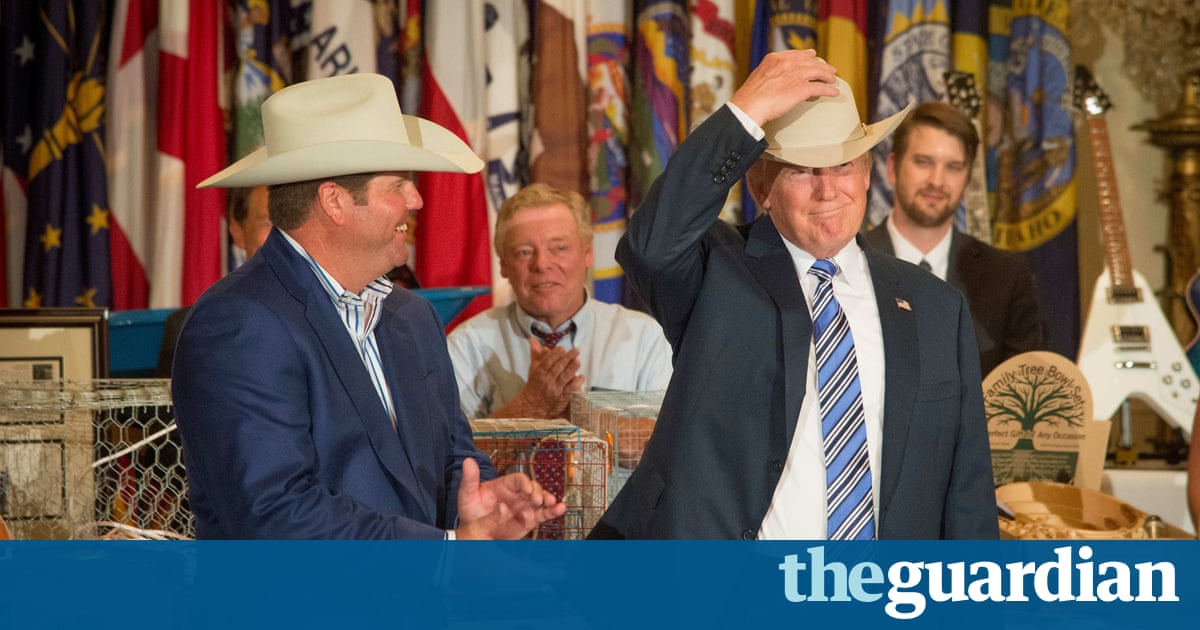 It was a boast that every political leader would be thrilled to make in a single tweet, especially when, like Donald Trump, they are in a hole and looking for a spade to dig themselves out. Trump tweeted: Highest Stock Market EVER, best economic numbers in years, unemployment lowest in 17 years, wages raising, border secure, S.C.: No WH chaos!, encouraging the world to put aside the unfolding Russia scandal, impotence over North Korean missile launches and the sacking of newly arrived press secretary Anthony the Mooch Scaramucci, and look instead at the economic boom apparently unfolding under the presidents administration.

A little while later he followed up his summary of economic news by tweeting a quote from Fox News morning anchor Stuart Varney that said: Corporations have NEVER made as much money as they are making now.

As a final riposte to critics, he added: Stock Market could hit all-time high (again) 22,000 today. Was 18,000 only 6 months ago on Election Day. Mainstream media seldom mentions!

His message is clear. Whatever is going on in the White House, the folks on Main Street and Wall Street are back in business and making money, which raises the question: is the US economy really booming and how much credit can Trump take for it?

The Dow Jones Industrial Average powered through 22000 last week to hit another record high. The broader measure of US companies, the S&P 500, continued its ascent back to a high point established in June.

Wall Street analysts expect the US stock market, which has soared by more than a fifth since Trump took office, to maintain its supercharged rise for some time yet.

But not much of the boost can be credited to the president. There was an initial spike following his election as infrastructure companies boomed on hopes of big government spending contracts, and wealthy investors and corporations gambled that he would hand out eye-watering tax cuts.

But more important has been the action of the Federal Reserve, the US central bank. This year, despite two small rate rises, the signs are that a return to anything like normal interest rates is a long way off. Falling inflation means that the pressure is off for the Fed to act and a slower pace of increases is now likely.

Stocks are not the only assets affected. Foreign exchange traders watch the same signals and since January have decided that rate rises, which act to suck foreign money into the US, are not going to happen. They sold the dollar, which has fallen by around 10% against a basket of currencies since January.

One major spin-off of that decline has been a boost to exports, especially to China, despite Trumps anti-Beijing rhetoric. Thats good news for companies from Apple to General Electric.

Another trend is the spectacular revenues of most large companies. Firms have continued to spend their improving profit levels on share buybacks. This policy means companies spend their own cash to reduce the number of shares in circulation, pushing up their value on the stock market.

Verdict Yes, the stock market is up but mostly in response to signals of a slower withdrawal of cheap credit by the Federal Reserve.

Trump is excited about the economy and his tweets are mostly in response to the improvement in GDP growth seen during the second quarter, to an annualised rate of 2.6%.

Surveys of the manufacturing and services sector for July and the latest monthly labour market data illustrate the buoyant state of the economy, with all three expanding.

But most indicators show consumer spending is losing its power and that eight years of vigorous expansion is drawing to its conclusion.

Figures from the Federal Housing Finance Agency show that annual house price rises have almost halved from 6% last year to 3.2% in the first half of 2017.

Retail sales have followed the same path. Strong growth in 2016 has petered out this year, with May and June recording significant declines amid falling demand for trucks, cars and discretionary items.

Robert J Shapiro, a former economic adviser to Bill Clinton, says: This expansion is getting old. The growth rate is half what we saw in the 1990s and there are strong indications that the economy will weaken next year.

Shapiro, who runs his own economic consultancy, Sonecon, in Washington, believes few people will permit Trump to take credit for the current benign economic situation but will hold him responsible should it deteriorate by the midterm elections in November 2018.

We always give credit for the economy in the first year to the previous president, he says. Trump hasnt passed any significant legislation, and while he has put forward some de-regulation measures, they havent had any effect yet.

Trumps Treasury secretary, Steve Mnuchin, argues that his budget proposals for the autumn will extend the current run of strong growth and push it to beyond 3% year after year through to the middle of the next decade, at which point bumper tax receipts will bring the government spending deficit back into balance.

The budget is a mix of tax cuts for the richest and middle-income groups coupled with deep cuts in further education and welfare spending.

Albert Edwards, the famously gloomy global strategist at Socit Gnrale, is convinced that the loose monetary policies preferred by the Federal Reserve and the Bank of England, and endorsed by Trump, are encouraging a debt bubble that will burst with similar consequences to the 2008 financial crash.

Edwards said in a recent note to investors: Im genuinely getting tired of bashing the major central banks, but every day more evidence mounts that almost exactly the same debt excesses that caused the global financial crisis in 2008 are present today.

The Bank of England and Federal Reserve deserve particular vilification for failing to remove the monetary punchbowl quickly enough just like the 2003-2007 period, allowing grotesque debt excesses to build.

Mnuchins budget is expected to be watered down as it makes its way through Congress and emerge as not much more than a mild tax cut for the wealthy. That would leave the Fed unmoved and sticking to its course of only incremental interest rate rises over a period of years.

Verdict The best years of the current recovery are in the past, though unfunded tax cuts in the autumn could provide a sugar rush that pushes up growth and inflation next year.