When treating antibiotic-resistant infections, injecting patients with other peoples excrement can be highly effective. Could it be the answer to dementia, anorexia and obesity too? 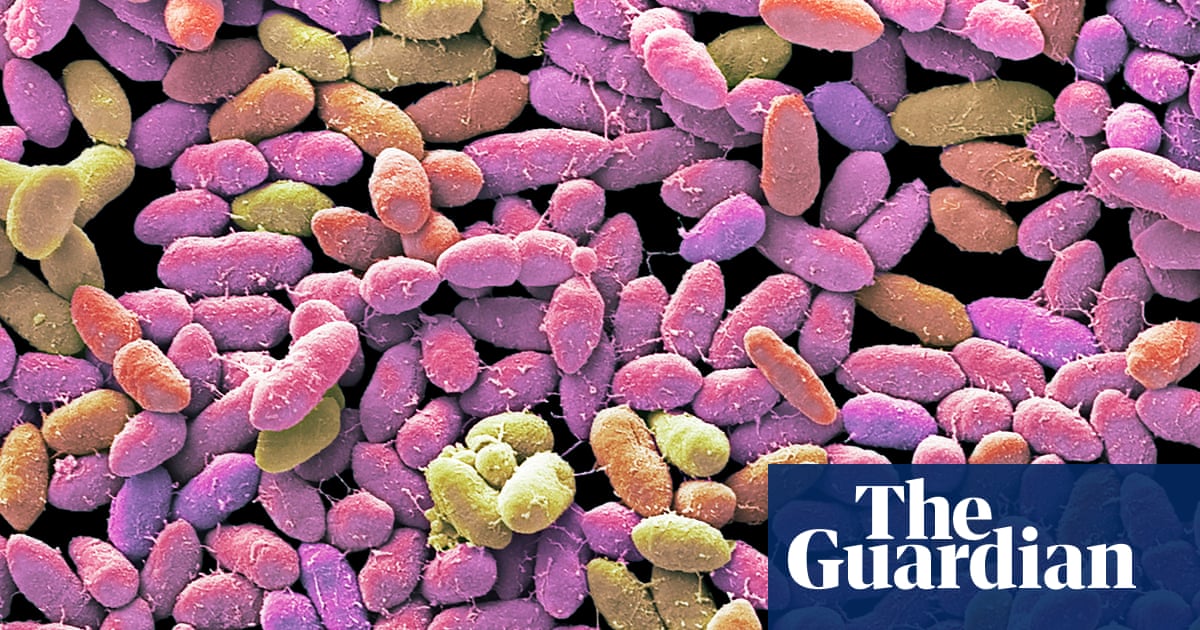 The man and woman are wearing blue hospital gowns and clear face shields. Dr James Sones and Dr Indu Srinivasan are in a room in the Division of Digestive Diseases at the University of Mississippi Medical Center in Jackson. They are about to create something that has spread through medicine like, well, a shitstorm.

Sones takes a brown gloopy material and spoons it into what looks like a regular kitchen blender. The camera zooms in to a label on it: faecal blender. The brown gloopy stuff is, depending on your profession and level of politeness, faecal matter, stool, excrement or poo. It has been donated by a generous volunteer and it is almost certainly going to transform the life of the person who is going to receive it.

Once blended and mixed with saline, the brown stuff is poured into large syringes and infused into a willing patient by colonoscopy. (Nasogastric tubes and enemas are other delivery methods.) In the UK, this treatment is available for patients suffering from repeated infections of Clostridium difficile or C diff.

These bacteria can live harmlessly inside us. But in patients who are given strong antibiotics, C diff can survive, overwhelm a gut wiped of its microbiome, then secrete a toxin that causes severe pain, awful diarrhoea and vomiting. In the worst cases, it can be fatal. Even when vanquished by antibiotics, it can return except if the patient receives an infusion of poo, a procedure known as a faecal microbiota transplant (FMT).

Human waste is a misnomer. What we excrete contains nutrients and bacteria, and it can be a useful fertiliser or fuel. That the bacteria it contains can also cure ailing guts was known by ancient Chinese writers, who wrote of “yellow soup” (assumed to have been liquidised excrement), which was used to treat food poisoning and bad diarrhoea.

A US surgeon, Ben Eiseman, resurrected the procedure in 1958, but then the antibiotic vancomycin was discovered and became the standard treatment for C diff. Yet when antibiotics began failing, enterprising doctors began to try FMT to restore a damaged microbiome. The success rates were astounding: about 90% of patients with recurrent C diff were cured.

In 2013, Dutch researchers halted a randomised control trial – the gold standard of medical trials – because FMT was so much more effective than vancomycin. By 2014, the procedure was accepted enough that the UK National Institute for Health and Care Excellence issued guidelines allowing faecal transplants to be used in clinical practice, but only for C diff.

Even so, says Prof Tariq Iqbal of the Microbiome Treatment Centre (MTC) at the University of Birmingham,“it was very poorly taken up. Only about 30 hospitals [in the UK] had ever done a faecal transplant. Only four had done 10 or more.”

Partly, there was a supply problem: where was the poo to come from? In the early years of FMT, patients were often infused with faecal material donated by a close relative or friend. Slowly, though, the concept of a stool donor emerged. Now, MTC is one of only two licensed stool banks in the UK, and in its first year of operation sent out 150 samples, at a cost of £650 for each 50ml.

Donors are recruited by poster and word of mouth. Iqbal says they need to drop off their stools for 10 days in a row before 11am (so they have to be regular in more ways than one). Although MTC is next to Queen Elizabeth hospital, healthcare workers are excluded because they are exposed to too many bugs.

Screening is rigorous: it has to be, when each sample can be different. More than 90% of volunteers are turned away. For safety reasons, each sample is kept for three months before being used, in case a donor is incubating something. A sample will be kept indefinitely, too. The screening tests are as severe as the donor questionnaires: all samples are tested for a wide range of pathogens.

What does a finished FMT sample look like? Does it smell? Iqbal looks at my coffee cup. “It’s the colour of latte.” And yes, of course it smells. “It’s shit.” Patients, he says, have no problem accepting the procedure. They won’t smell it, for a start, in a nasogastric tube or colonoscopy. And you can’t afford an ick factor when you are desperately ill.