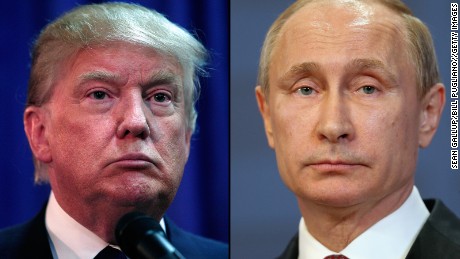 (CNN)The Cold War was supposed to have ended a quarter of a century ago.

But Russia is commanding center stage in a presidential election for the first time in decades and President Vladimir Putin is being portrayed as a sinister puppeteer looming over the bitter contest between Democrat Hillary Clinton and Republican Donald Trump.
Democrats have blamed him for orchestrating a huge cyberespionage operation using stolen and leaked emails to sow chaos and distrust in America’s democratic process ahead of November’s election. Putin’s even been accused of cultivating one of the candidates in the election — Trump — as an unwitting agent to further his quest to strangle US global power. 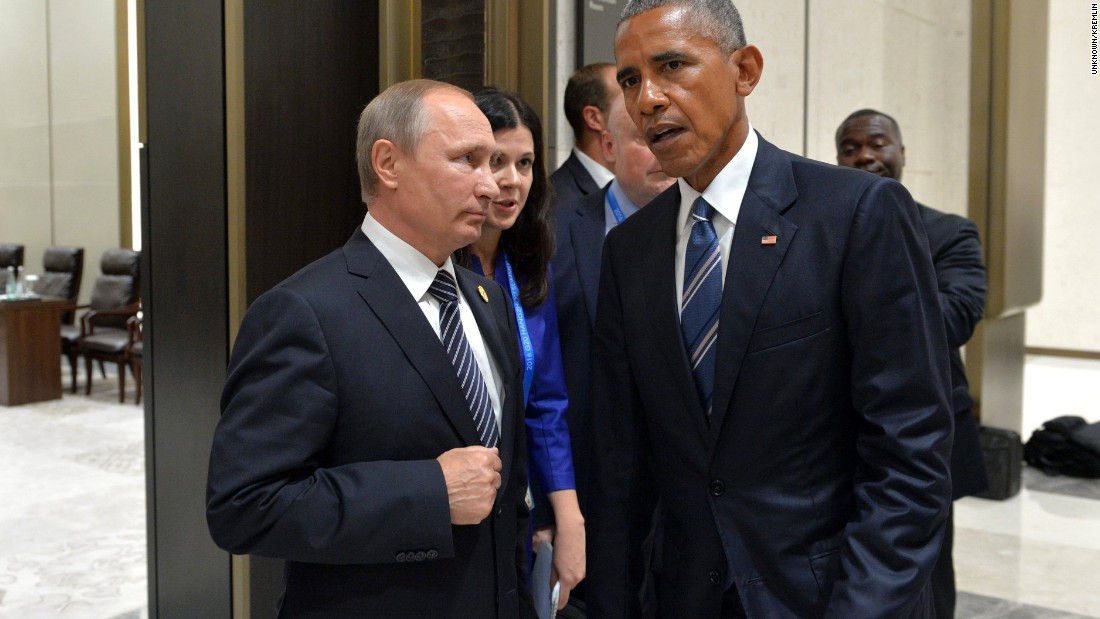 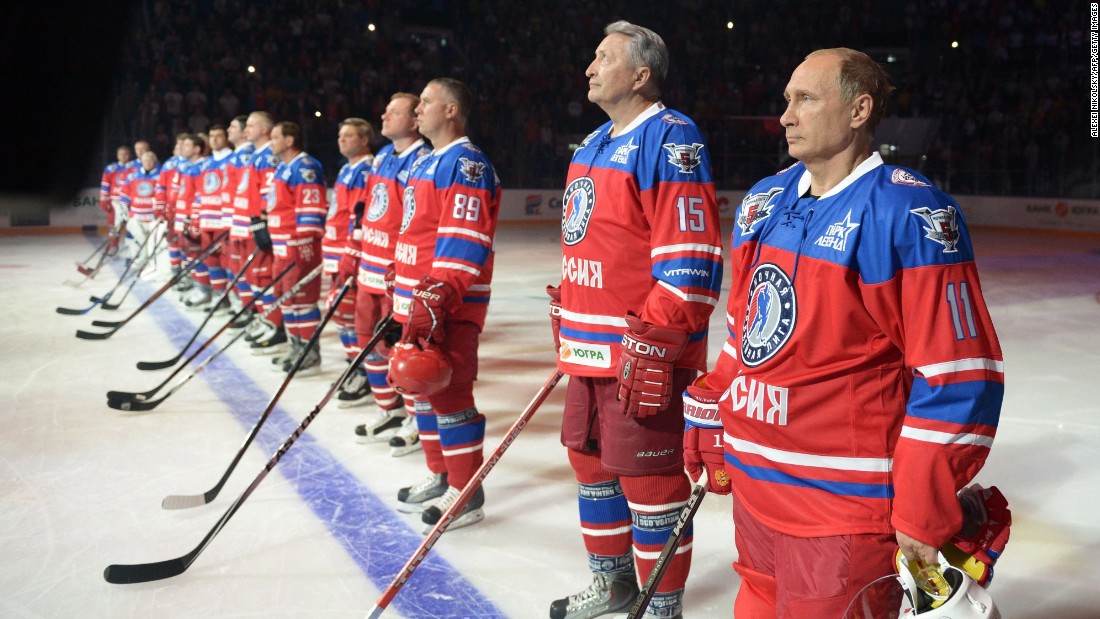 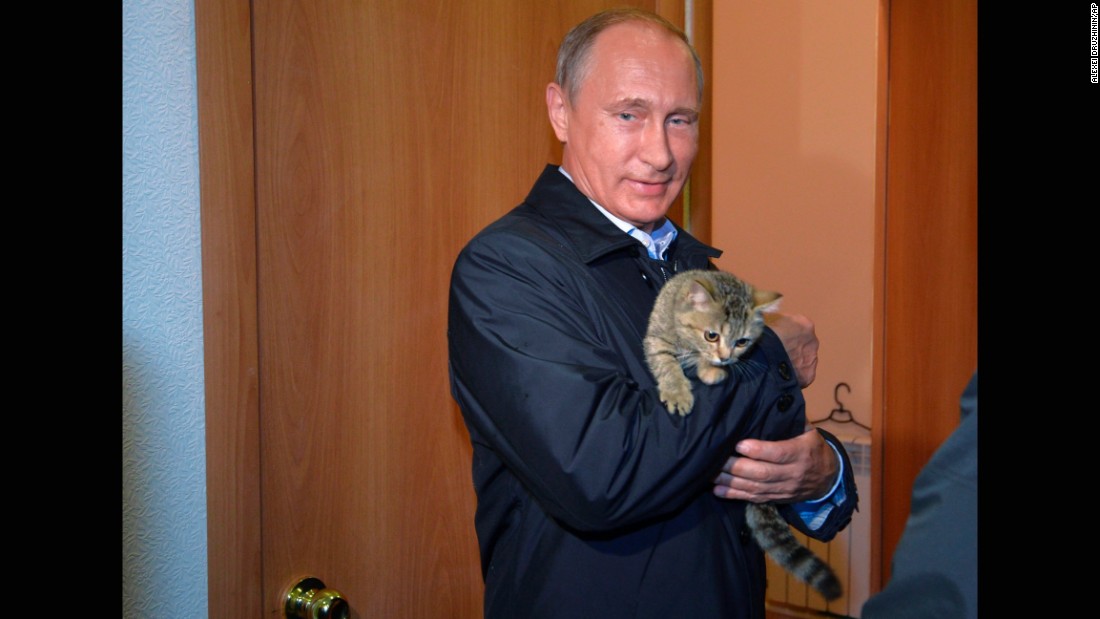 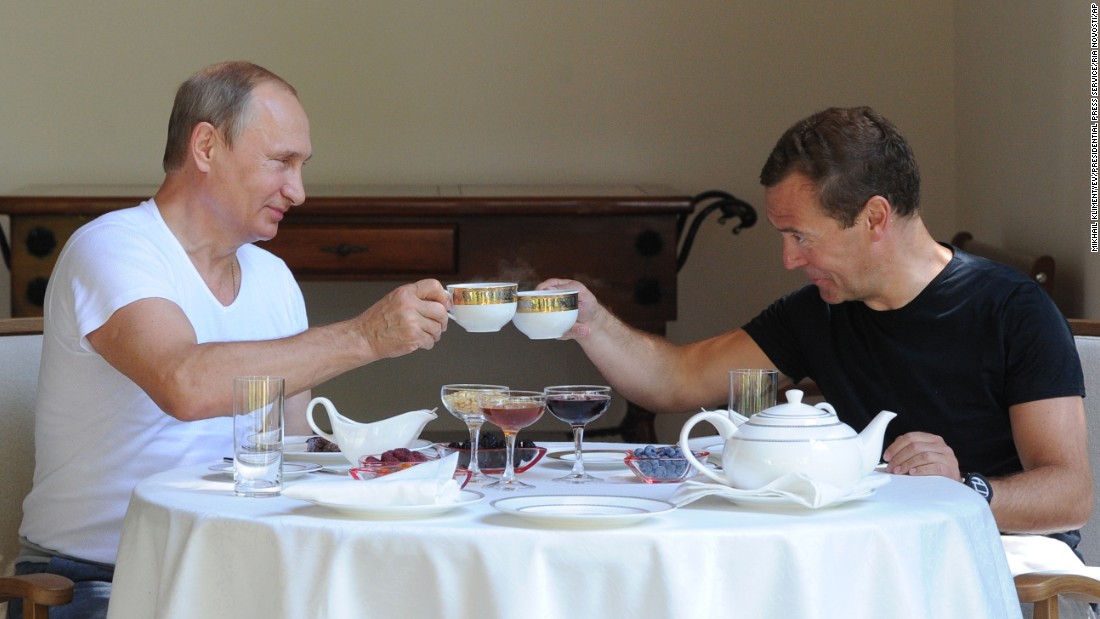 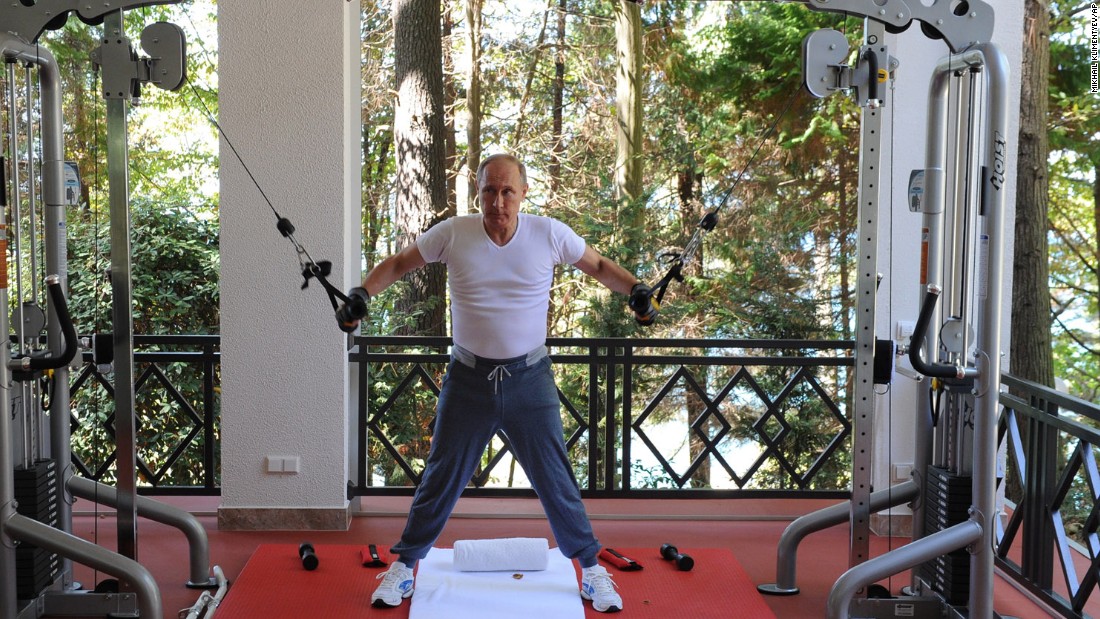 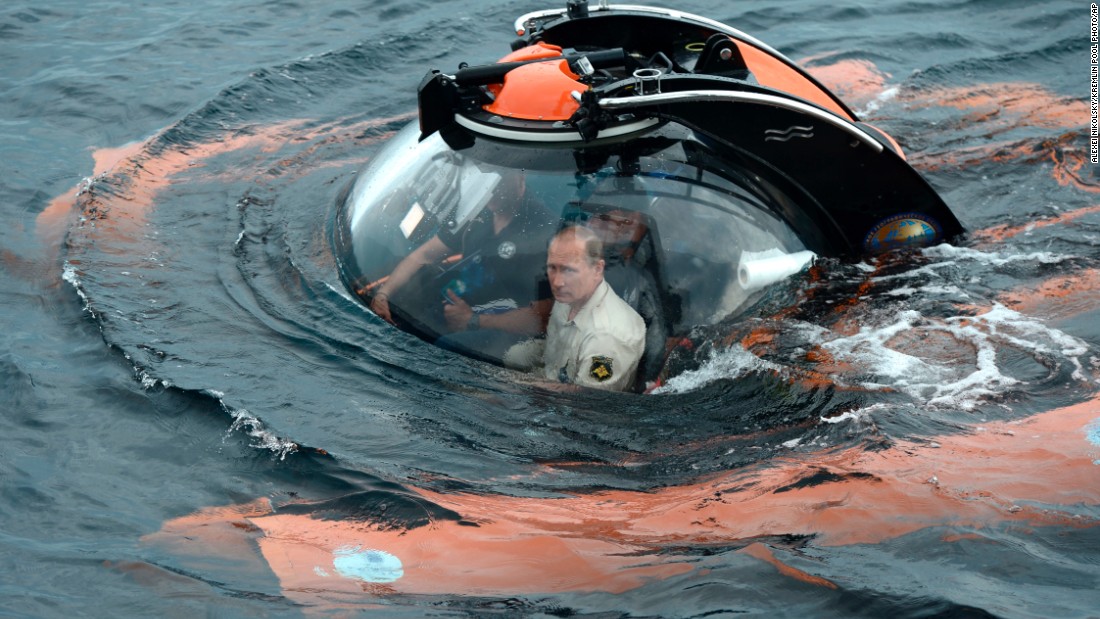 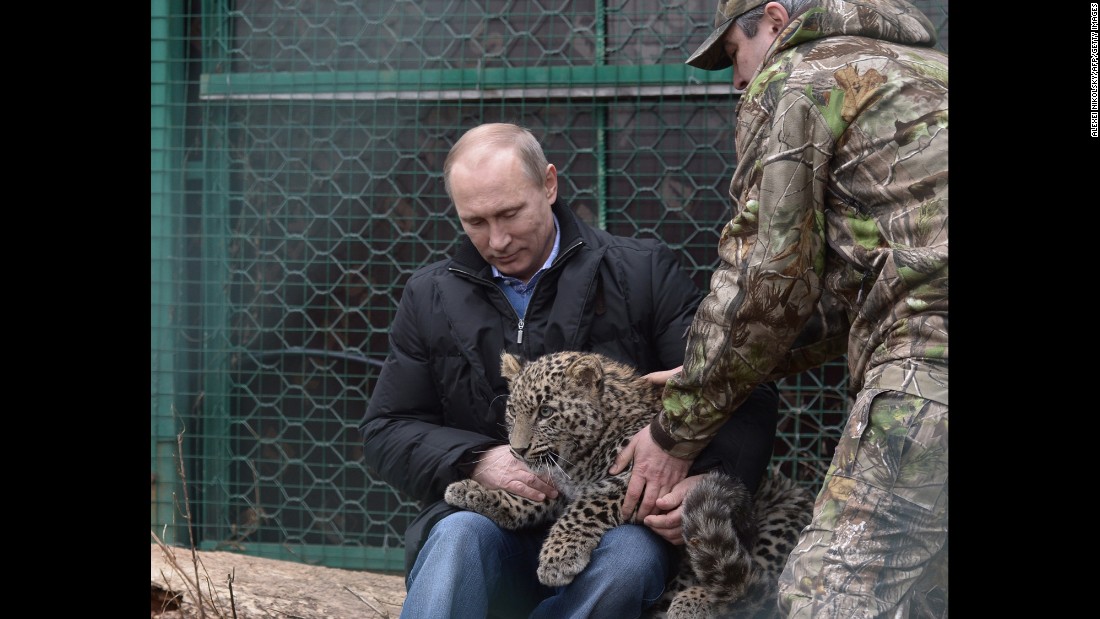 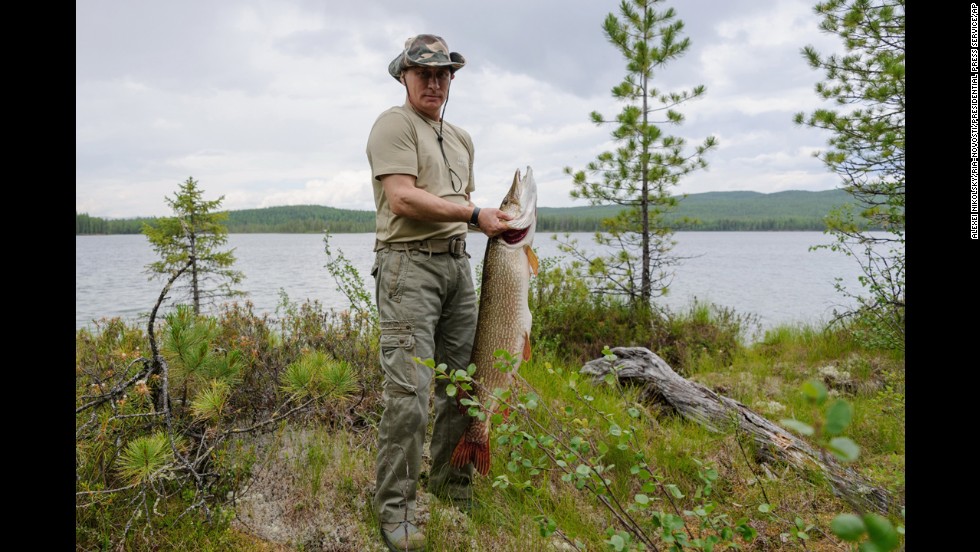 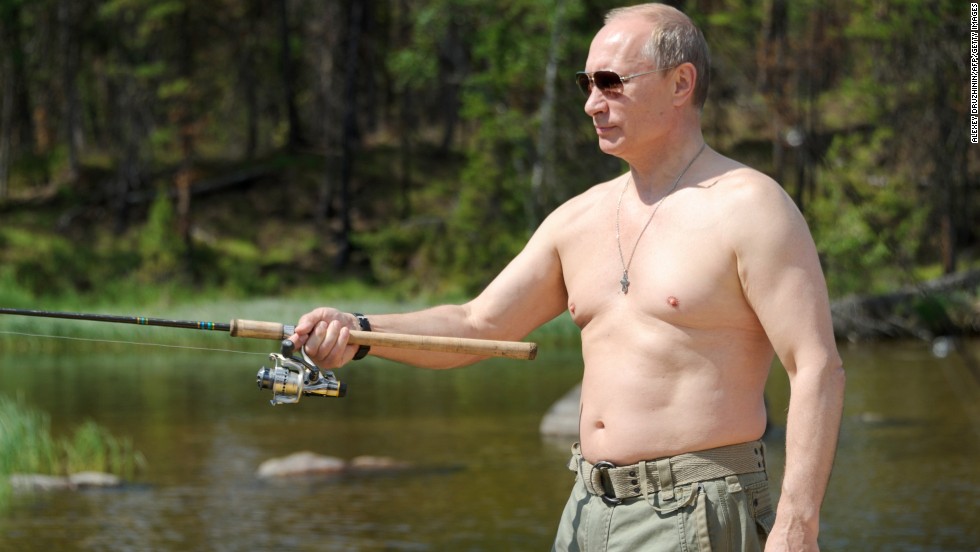 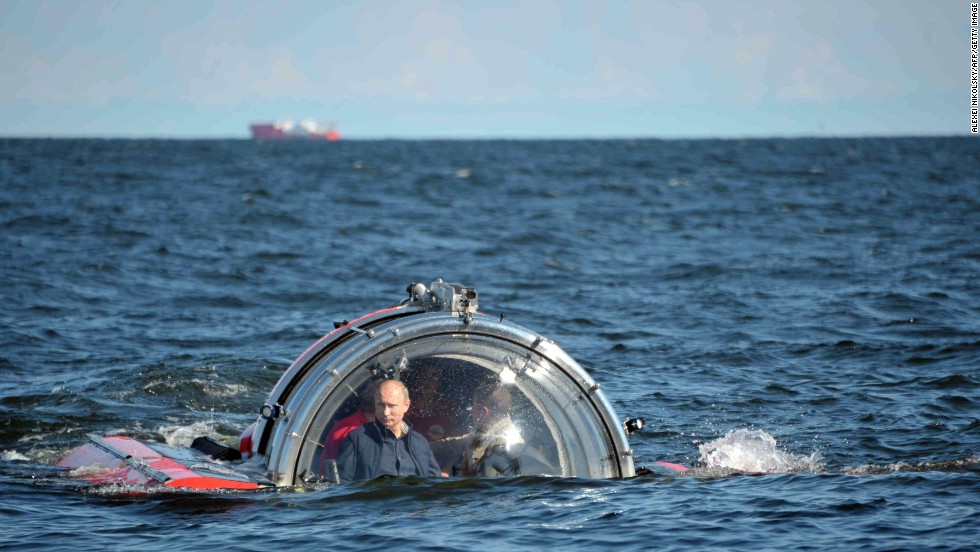 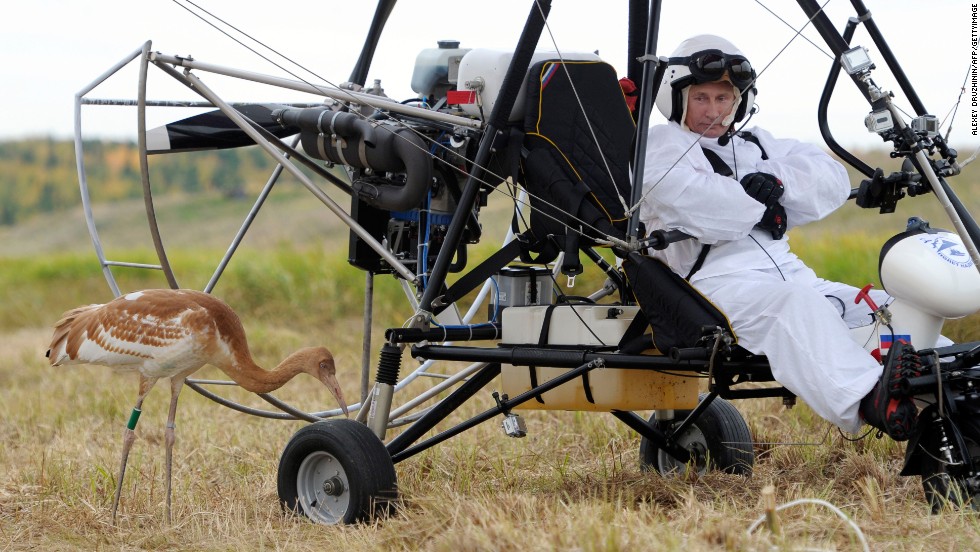 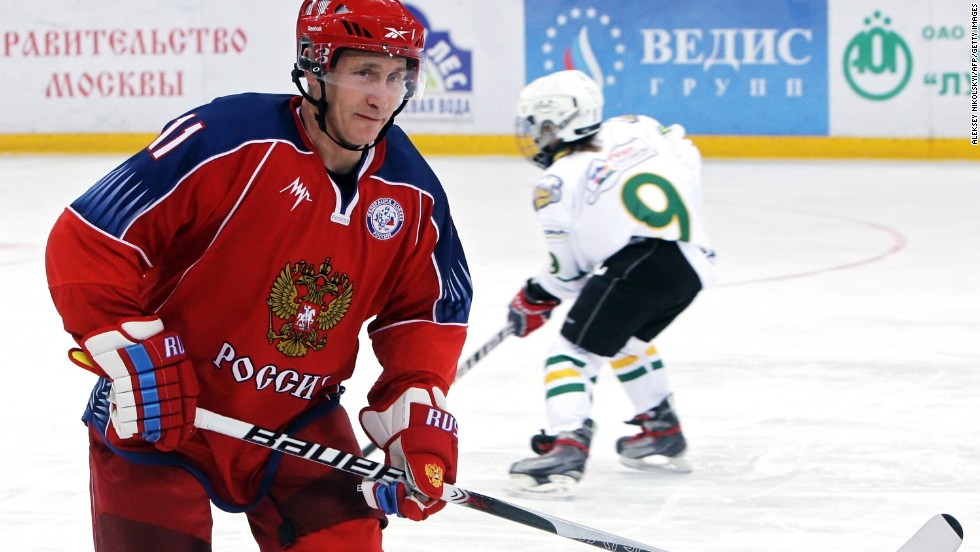 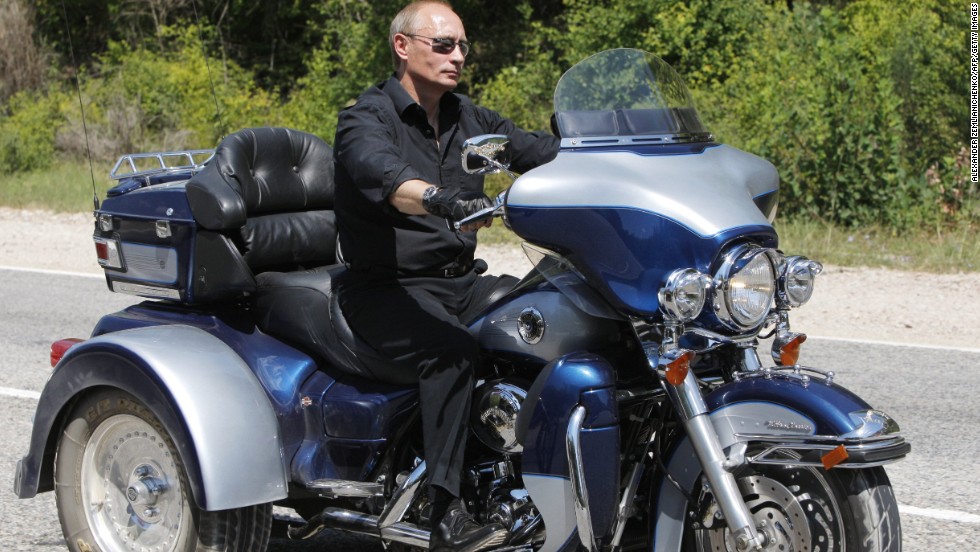 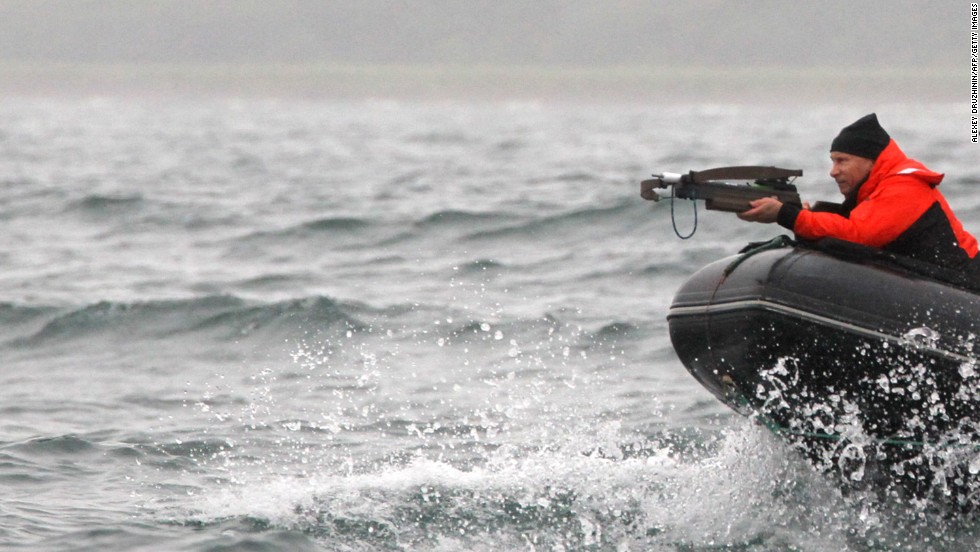 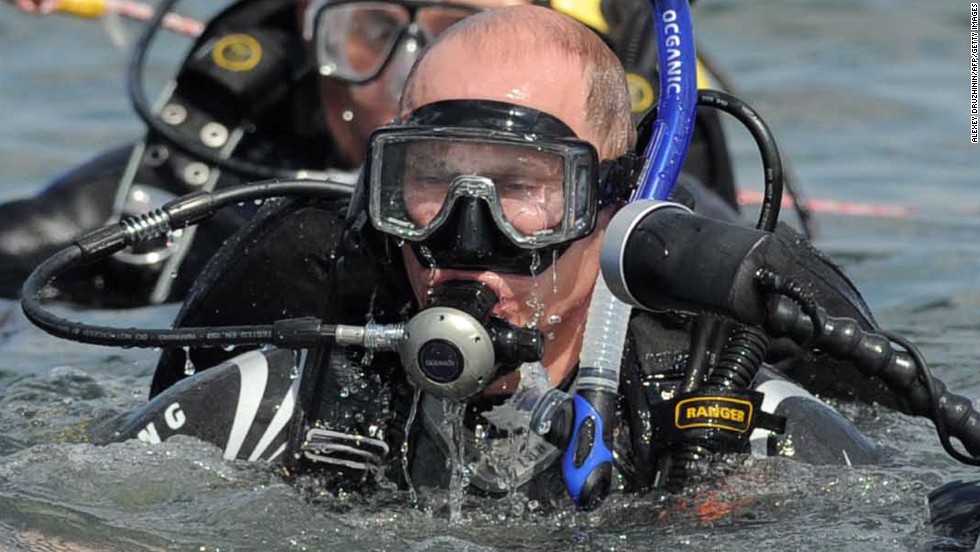 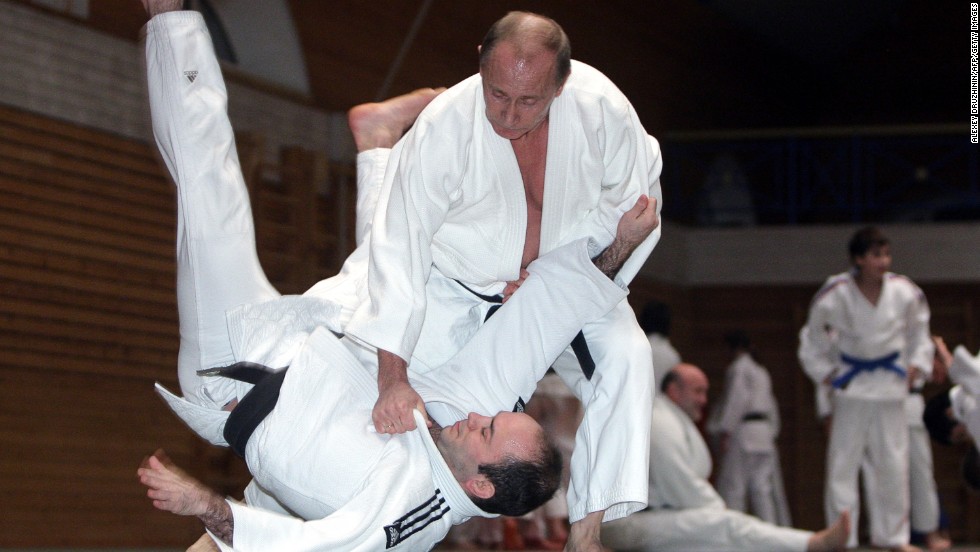 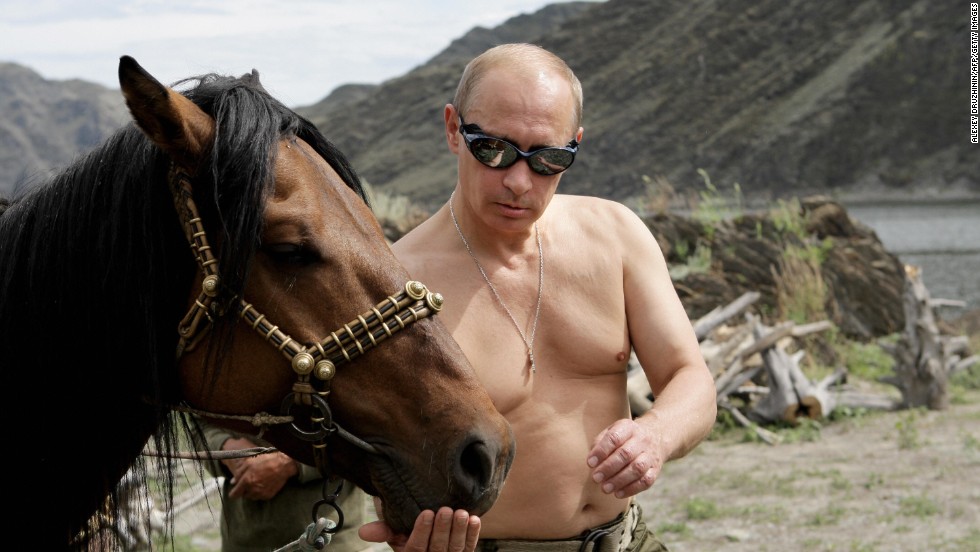 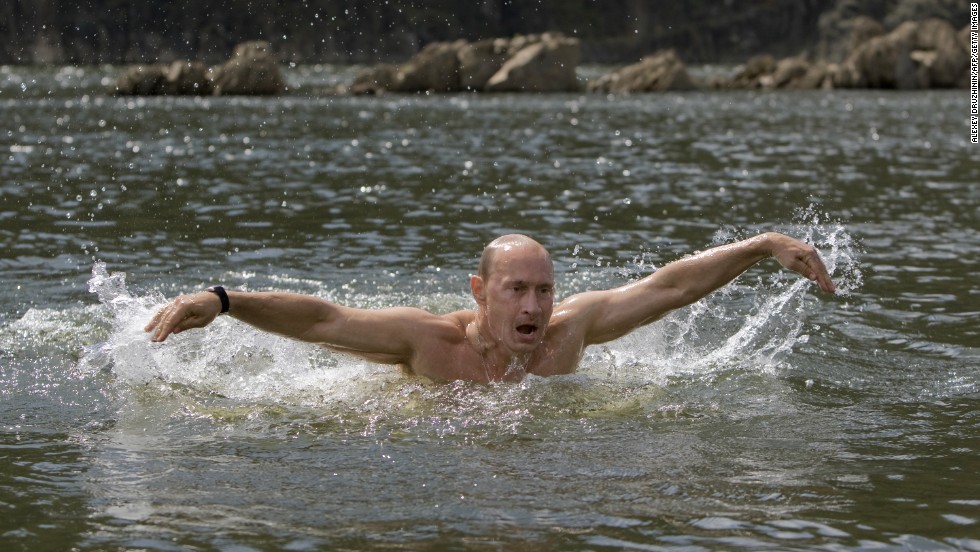 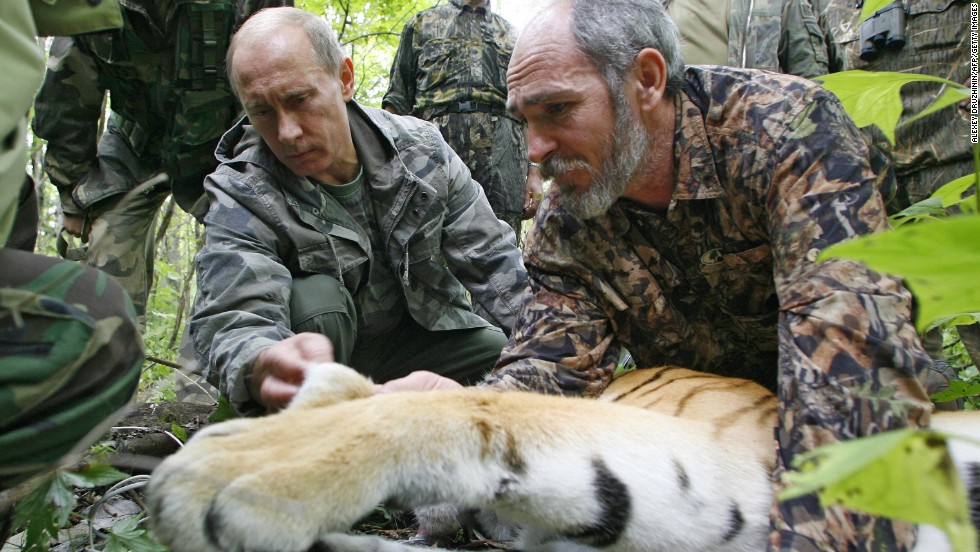 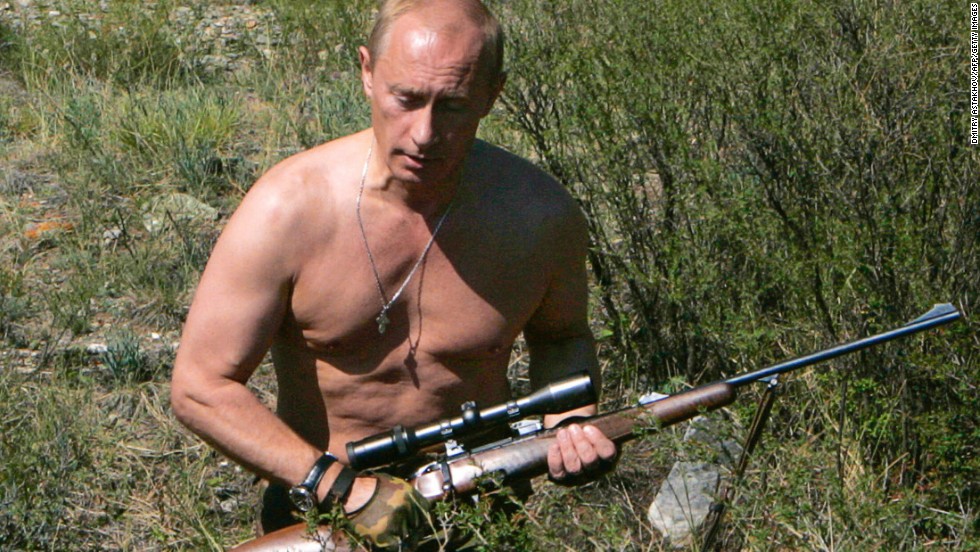 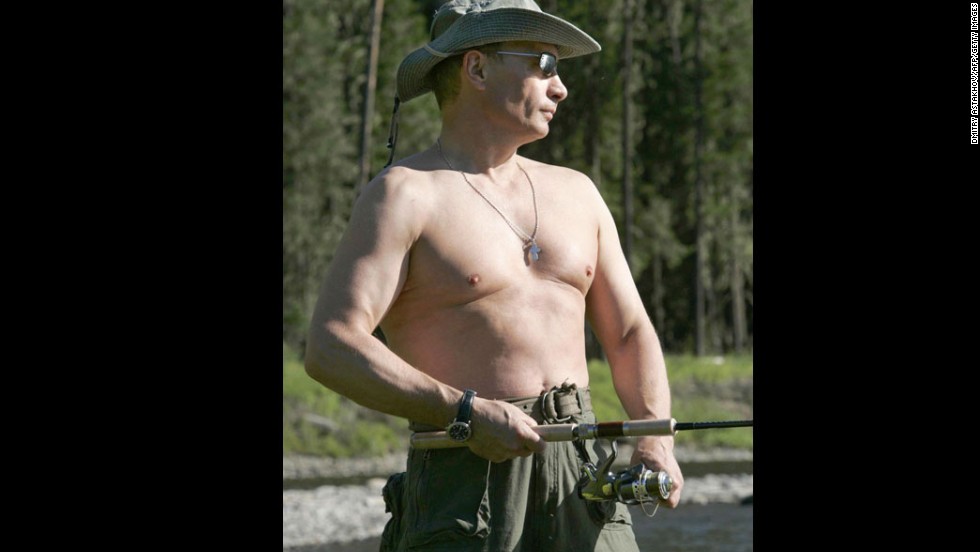 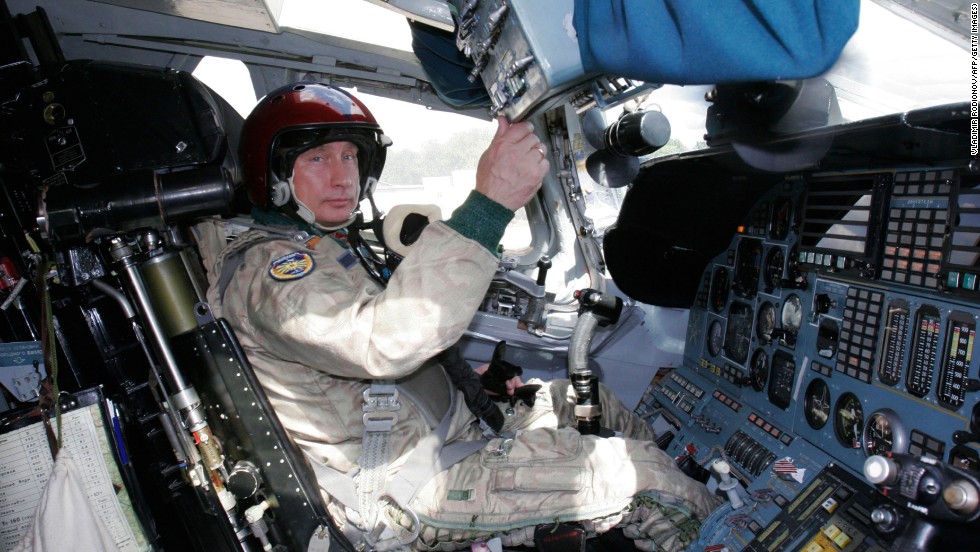 Comments like those are one reason that some Trump critics have accused the billionaire of being duped by the cunning former KGB operative in the Kremlin.
“In the intelligence business, we would say that Mr. Putin had recruited Mr. Trump as an unwitting agent of the Russian Federation,” wrote former deputy CIA director Michael Morrell, who now supports Clinton, in a New York Times article in August.
Other Trump comments appearing to call into question US security guarantees towards NATO nations and apparent openness to Putin’s views on the sovereignty of Crimea are also factors that helped convince 50 Republican national security officials to sign a letter last month denouncing Trump.

Clinton has seized on the issue to attack her presidential opponent. She charged recently that Trump’s praise for Putin marked him out as unpatriotic and reckless, as she tried to bolster her case that her surging rival was unfit to sit in the Oval Office.
“It’s beyond one’s imagination to have a candidate for president praising a Russian autocrat like Vladimir Putin,” Clinton told reporters.
President Barack Obama, fresh from his own latest confrontation with the Russian leader at the G20, also weighed in on Monday.
“Think about what’s happened to the Republican Party. They used to be opposed to Russia and authoritarianism, fighting for freedom and fighting for democracy,” Obama said, campaigning for Clinton in Philadelphia on Tuesday. 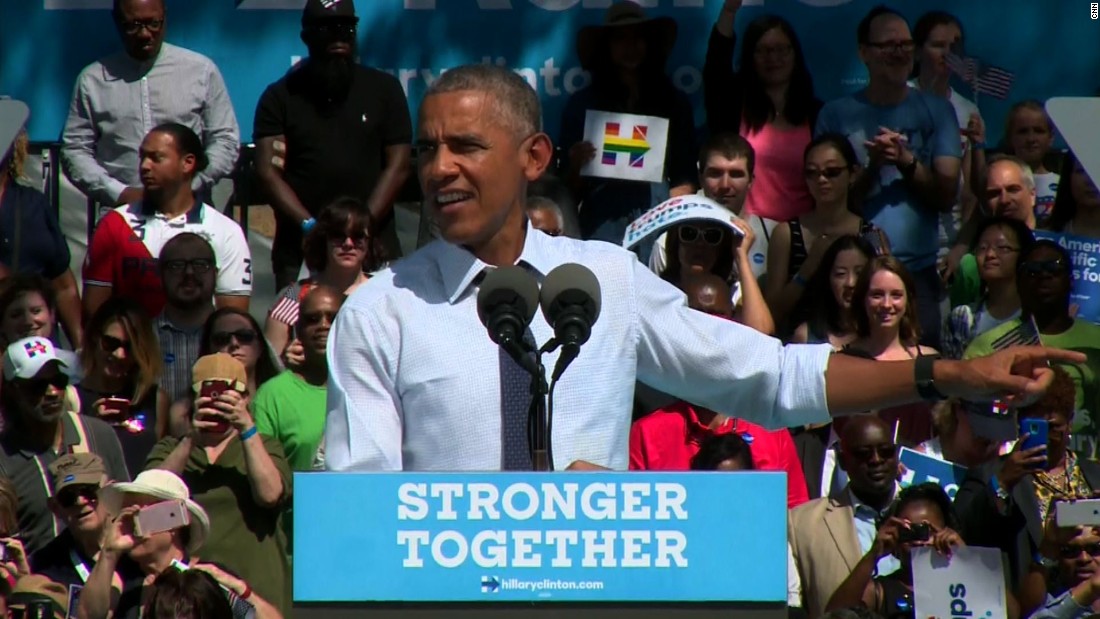 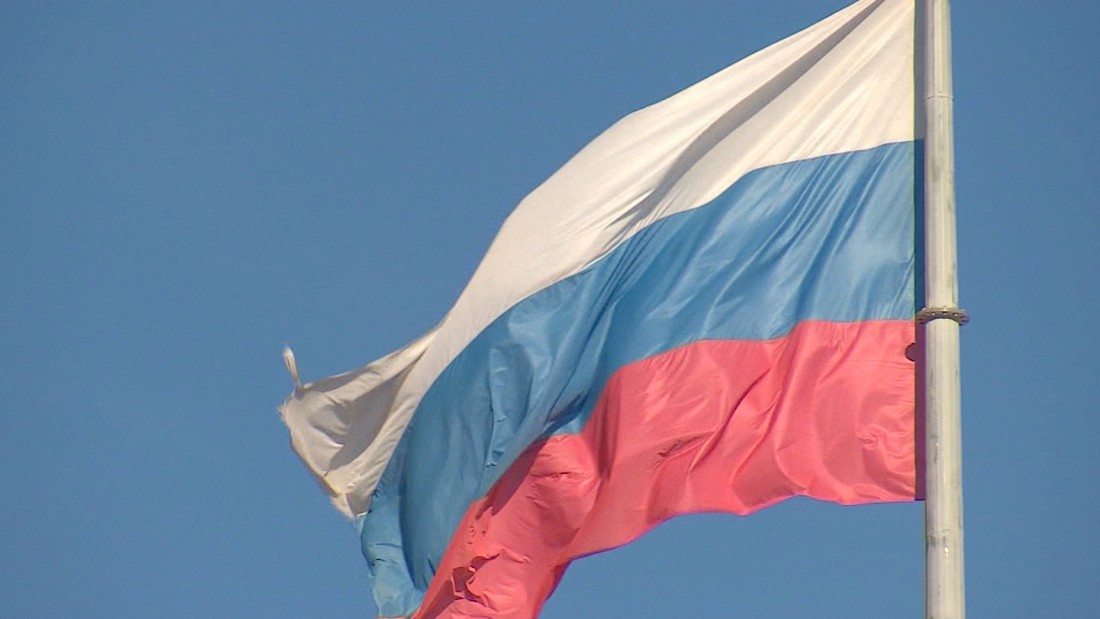 The US government has provided no concrete evidence that the Russian government is targeting the US elections. The Kremlin has vehemently denied involvement.
But it is accepted wisdom in Washington that entities probably linked to the Russian state but with plausible distance from official channels have infiltrated US computer systems and facilitated the leak of embarrassing emails
Recent reports of email infiltration include former secretary of state Colin Powell. And the World Anti-Doping Agency accused Russia of being behind an alleged breach of US Olympic athlete’s medical files.
The Democratic National Committee has also been a target, and many party stalwarts fear that more embarrassing revelations, perhaps directly targeting the Democratic nominee are on the way.
Fiona Hill of the Brookings Institution, who co-authored a book on Putin, said that the motivation behind the hacks was to show the outside world, including Russians, that the US political system was hardly a paragon of democracy and good governance in order to undermine the moral authority of Washington overseas.

Paraphrasing the argument that Russia could make after a chaotic election, Hill said: “Look at what is happening in the United States — do you really think this, this picture that we are seeing here, is any better than any of the other systems around the word? What gives these people, who are engaged in this kind of dirty politics, the right to make pronouncements?”
The Russian president has also made no secret that his core political project is undermining Western political, diplomatic and military institutions in order to restore what he sees as Russia’s rightful place as a global great power. He’s also made clear his belief that the US and its European allies have conspired against Russian interests in Georgia, Ukraine, Libya and Syria.
Putin also harbors personal animosity towards Clinton in particular, after accusing her of intervening directly against his party in parliamentary elections in Russia in 2011 while she was secretary of state.
But the election intrigue is not just a reflection of the estranged nature of Russia-US relations, and of the fact that Putin has many political, foreign policy and personal reasons to see an intervention in US democracy as a winning strategy.

Putin has ‘narrowed the gap’

It is also likely a sign of increasing Russian confidence and influence on the world stage, as Putin confounds the efforts of Western nations to isolate and ostracize him after the annexation of Crimea.
Russia, after inserting itself back in the Middle East, has become a crucial and often obstructive partner in US efforts to broker a Syria ceasefire.
In Beijing earlier this month, Putin was ubiquitous at the G20 summit in Beijing after once being scorned by the group for his actions in Ukraine.
And despite its hobbled economy, over reliance on energy sources and claims that Putin has established a brutal, authoritarian state, Russia still appears to be confounding Western predictions that it would become no more than a decaying regional super power.
“(Putin) has narrowed the gap or maybe even exceeded expectations between Russian’s power potential, its latent capability as it recovered economically and what the world system and certainly the Western system — the political, societal and economic system — had relegated it to,” said Matthew Rojansky, a Russia scholar at the Wilson Center.