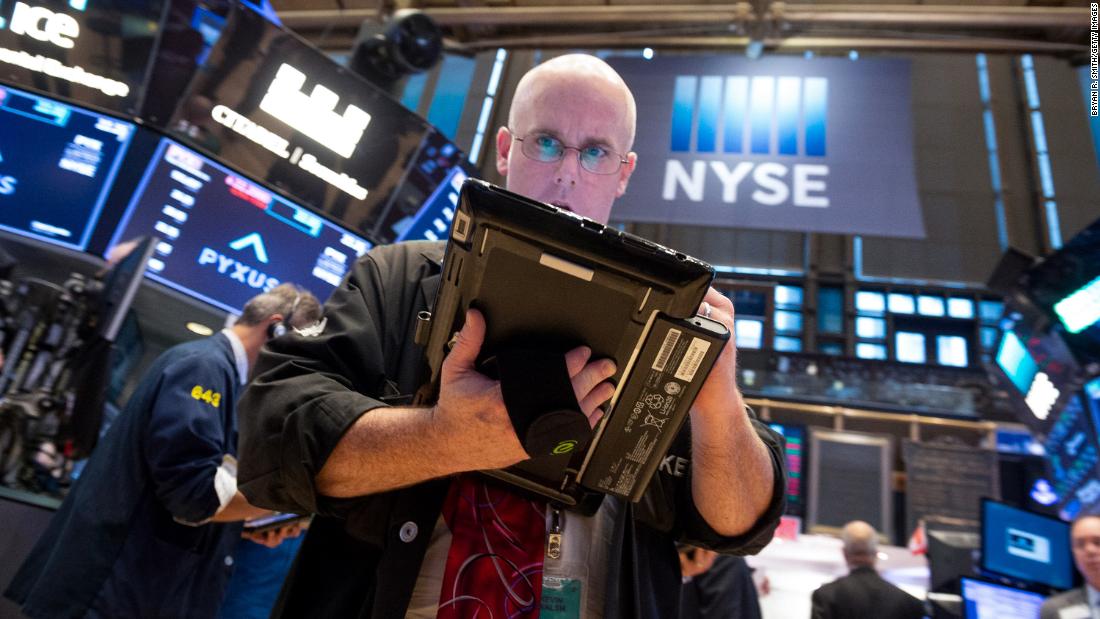 Each of the FAANG stocks — Facebook (FB), Amazon (AMZN), Apple (AAPL), Netflix (NFLX) and Google -(GOOG) — declined.
Rising bond yields and interest rates are prompting investors to back away from tech, said Chris Zaccarelli, chief investment officer for Independent Advisor Alliance.
“Whenever you see rates rise in a rapid fashion, you typically see tech take a hit,” he said. “As people start to get more concerned about the stock market in general, they pull back from more risky areas of the market.”
Zaccarelli explained that investors see tech stocks as a long-run asset. When borrowing costs go up, investors see their payoff move further away, so they turn to more reliable bets like utilities and consumer staples.
Bond yields spiked following the jobs report on Friday. The benchmark 10-Year Treasury hit 3.24% — its highest level in more than seven years.
The 10-year yield influences borrowing costs, including mortgage, car loan and credit card rates.
Bond yields are rising because of America’s strength. Intent on keeping inflation in check, the Federal Reserve is gradually raising its target interest rate, making borrowing more expensive.
That also increases the cost of paying back existing debt, which could slow spending — and the economy along with it. Last month, the Fed raised rates for the third time this year.
“You’re now starting to see people price that in even to a greater extent today,” Zaccarelli said of changes in the bond market.
Sam Stovall of CFRA Research said that “investors are trying to lock in whatever profits they have.”
The Nasdaq is also vulnerable to the Fed and yields because it includes financial stocks, which could be impacted by higher interest rates, he said. That’s because higher interest rates tend to slow growth, he said. When that happens, people and companies are less likely to borrow from banks.
That doesn’t mean the Nasdaq will continue to fall.
Brad McMillan, chief investment officer at Commonwealth Financial Network, said that the dip represents a normalization.
Recently, there’s been “a tremendous amount of optimism about future growth baked into [the Nasdaq’s] prices,” he said. Now, we’re “getting back to something a little closer to normal.”
“I expect we’re going to see market confidence recover,” he said.