The long read: How a homeless child grew up to become the most inventive chef in history 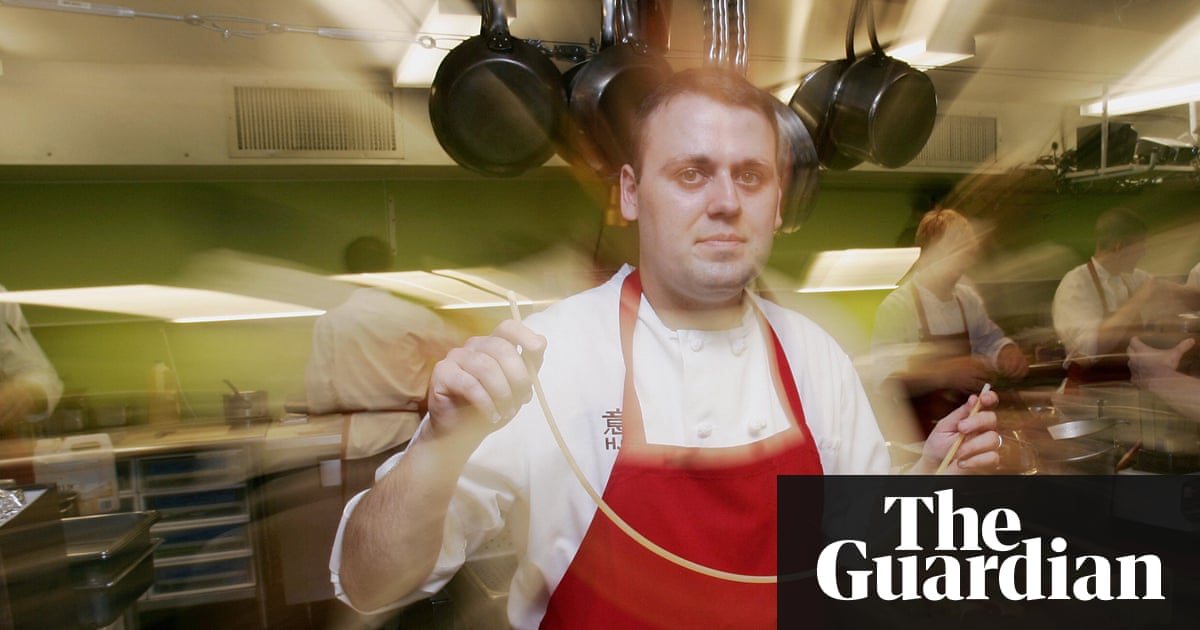 Between 2004 and 2016, the most inventive food on the planet, possibly in history, came out of a small restaurant in downtown Chicago. At Moto, your first course was your menu itself, which was typically printed in edible ink on a giant tortilla chip. When you finished your menu, you would be handed what looked like a Polaroid of a maki roll. The photograph was made of rice paper and coated in a dust of nori seaweed and soy sauce. It tasted the only way it could: like sesame, avocado, cucumber and crab sticks.

Next to emerge would be a tumbler containing butter-poached lobster tail resting on a spoon, with creme fraiche, trout roe and carbonated grapes that would fizz in your mouth like soda. After that, a plate apparently splattered with roadkill would arrive. If you balked at the sight of the gore and guts, that was just what the chefs wanted. The dish was designed to look repulsive but taste delicious. The gristle was made from confit duck and the blood from juniper berry sauce. Thank God for that.

You were being pushed and pulled about. Your ice-cream would be piping hot; your caramel apple would be made from pork belly; your table candle would be poured all over your clam bake. You were eating the food of chef Homaro Cantu and normal rules no longer applied.

Since its birth in the late 19th century, haute cuisine has had little impact on what most of the planet eats. The greatest advances in cooking and taste barely trickle out from the 40-seat dining rooms of the world’s top restaurants, let alone make an impact upon the human relationship with food. Ferran Adriá’s El Bulli, one of the most acclaimed restaurants ever, once boasted 2m reservation requests a year, with a waiting list of 3,000 people per seat. But the cacophony of powders, foams and tinctures that issued from his Catalan kitchen were enjoyed by no more than 100,000 people before the restaurant closed in 2011.

By contrast, Cantu’s project was about more than elevating haute cuisine to ever-higher levels or garnering Michelin stars (though he did win one, in 2012). His ambitions extended far beyond the walls of his restaurant: he wanted to eradicate hunger, eliminate diseases such as type 2 diabetes and save the planet. He was a compulsive inventor, dreaming up new technologies as well as new dishes. One of his big ideas was to eliminate cardboard and plastic packaging for juice drinks by blasting fruit with an ultrasonic wave generator. By bursting a fruit’s cells while keeping its skin intact, he hoped it might be possible for people to drink an orange, say, like a coconut. Another of his creations was a transparent polymer oven (US patent no 11118955) that could cook with minimal power by trapping heat. Cantu believed this oven had the potential to reduce energy consumption and enable people to cook in areas with restricted power supplies.

“He just disgorges inventions,” Cantu’s patent lawyer, Chuck Valauskas, once said. By 2016, Cantu and his companies had at least four concept patents, with scores more in the works, tucked away somewhere in his garage or kitchen lab. Part of what made these inventions so remarkable was that Cantu was a self-taught high-school dropout. He learned much of what he knew by tinkering tirelessly in the kitchen and reading voraciously when off-duty, sleeping only three or four hours a night (something he put down to lack of oversight as a child).

Many of Cantu’s ideas were quixotic at best, or beset by problems that meant they eventually ended up discarded. But others were potentially transformative. “Nobody understood how influential, or how radical, or how far out there the stuff we were doing was,” one of Moto’s former chefs de cuisine, Richie Farina, told me. Since Moto closed, several of Cantu’s biggest ideas, and much of his experimental ethos, have moved to Silicon Valley, where Farina and six of Cantu’s former staff, backed by the strength of California capital, are developing vegetarian replications of meat and eggs, so that animals can be removed from the human diet.

Cantu himself is not around to lead the projects he inspired. In April 2015, six months after submitting the first draft of Moto: the Cookbook, he killed himself. He was just 38. The book he left behind is perhaps the fullest expression of his philosophy. Characteristically, Cantu wanted to create something new – a cookbook that would include 100 stop-motion recipe videos. Each of these recipes would have a code you could scan with your phone: once you scanned it, a stop-motion video would appear, showing the dish being assembled. “A restaurant cookbook, typically, is just a faded memory of something that once was,” the book’s editor, Michael Szczerban, told me. “It kills the butterfly and mounts it. He wanted a book that wasn’t fossilised, and still lived.”

Although Cantu is gone, the revolution he began endures. Since his death, his ideas have become increasingly influential and if his proteges in Silicon Valley succeed, then Cantu might one day be known as the chef who helped change the way we all eat.

Cantu, known to his friends as Omar,often said that his desire to do something radical with food came from growing up poor. Born in 1976 and raised mostly in Portland, Oregon, he was a quiet child who floated between apartments and homeless shelters with his sister and mother,who was often absent. “I don’t know if she was working or doing drugs. I was too young and naive to tell,” Cantu wrote many years later in a Facebook post describing the beatings and abuse he received as a young boy. “Our neighborhood was filled with gangs, drugs and violence,” he wrote. “As long as I didn’t get into fights, my teacher could give a shit why I came to school in tears.” Cantu’s widow, Katie McGowan, with whom he had two daughters, told me that her husband hoped to “use his platform for social change” and eradicate the hunger and suffering that he had experienced in his childhood.

When he was 11, Cantu moved to the Bay Area to live with his father, who made him pay rent to sleep in an outhouse on his small property. His first job, when he was about 13 – he had to lie about his age to get it – was in a fried-chicken shack. “The food was awful,” he wrote, but he was enraptured by the restaurant’s tandoor. It was cooking at its most elemental, with the chef as nothing more than the mediator between food and fire.

He also worked as a floor-sweeper at his father’s workplace, a factory that developed high-tech parts for the aerospace and defence company Lockheed Martin. At his jobs he “watched and learned between the cooking and the machinery”, absorbing lessons about craft, precision, and mechanics, Cantu said in an interview in 2011. He would often talk about how, as a kid, he had taken apart and rebuilt his father’s lawnmower to understand how a combustion engine functioned.

A dietitian’s guide to ‘clean eating’: what it is and how to do it right