A large chunk of the people who elected Trump still want him around. Just as importantly, the media they consume hasnt given up on him 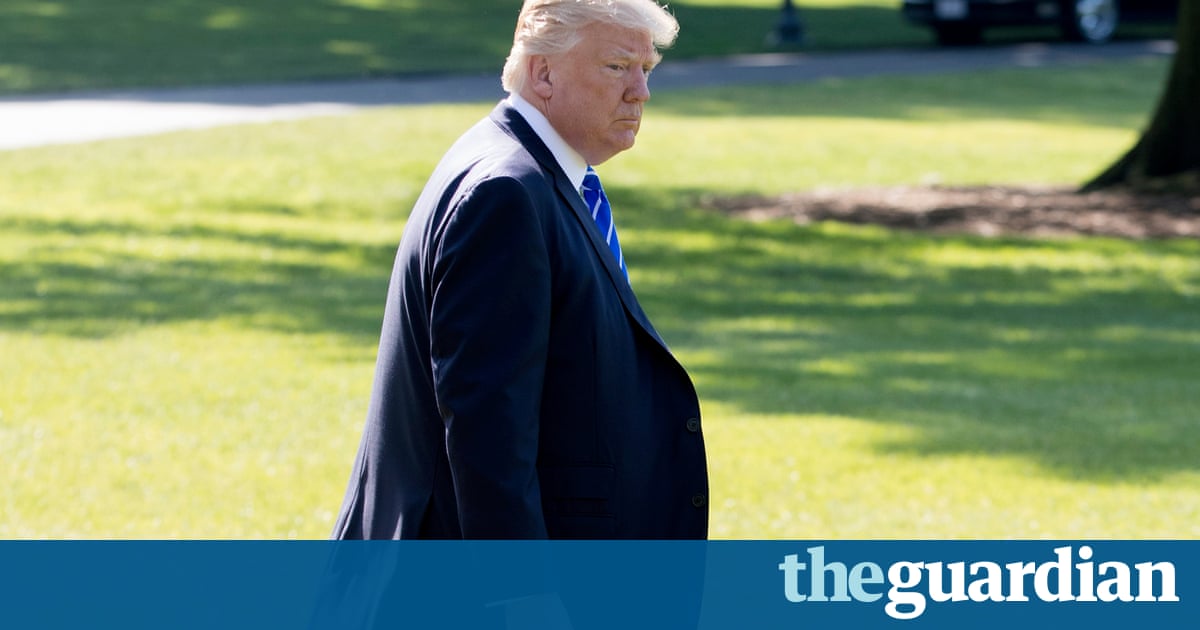 To watch Fox News on Monday night or peruse rightwing outposts like Breitbart and the Drudge Report was to find an America that will always be to Donald Trumps liking. Deep State Strikes, blared Breitbart, perhaps Trumps most ardent media defender. Leaks Classified Info to Washington Post to Smear Trump.

The decidedly Trump-unfriendly Washington Post revealed the president had disclosed classified intelligence about an Islamic State plot at a meeting last week with Russian officials, while the New York Times broke the Comey news. The intelligence, according to subsequent reporting, was provided by Israel, one of Americas closest allies. The consequences were immediately clear: in the future, countries could balk at sharing intelligence with a country led by such a reckless man.

A president can declassify intelligence. Trump acted stupidly, not illegally. What he did, most likely unwittingly given his disdain for learning the intricacies of governing, is violate espionage etiquette and prove to the world once more that Americas impulsive overlord will go rogue at any moment.

The Comey revelation is more disturbing. If hard evidence is produced, Trump is opening himself up to obstruction of justice charges. Both Bill Clinton and Richard Nixon were subject to impeachment proceedings on these grounds.

But the rightwing medias reaction to Trumps latest imbroglios should be a comedown for every Democrat and liberal member of the punditocracy who is convinced that his days as president are numbered. What they always seem to forget is that a large chunk of the people who elected Trump still want him around. Just as importantly, the media they consume hasnt given up on him. With no consensus reality uniting all Americans, news consumption becomes tribal: you remain in the fiefdoms you trust and shut everyone else out.

The Watergate scandal felled Nixon because, in part, his own party turned on him. House Republicans, giddy about their newfound majority, pressed the case against Clinton. No president in American history has been impeached when his own party controlled Congress, but weve at least learned from 2016 that few people should take comfort in any kind of precedent.

Will Republicans desert the president? More importantly, will the media they read and watch to form the only reality they know suddenly decide Trump is totally unfit to lead? If there are signs of fissures on the right Ann Coulter, once a tireless Trump acolyte, recently blasted him for not keeping all his campaign promises they are tied to questions of policy, not propriety.

Republicans waited eight years for Barack Obama to disappear and arent ready to make war with one of their own, despite what people like John McCain may intimate.

If polls show Republican voters are fleeing Trump en masse, House Republicans may stand up and move against a president who devolves into a true albatross. If this happens, even the most sycophantic of news outlets could decide Trump isnt worth the effort of defending. Then, and only then, will impeachment from a Republican Congress become viable.

The impeachment process is ultimately political. A majority of the House and two-thirds of the Senate are needed for a conviction. The rule of law only means so much. This, more than anything else, may be Trumps saving grace.