The past two years have shown the EU united and fighting for its members interests, says Guardian columnist Jonathan Freedland 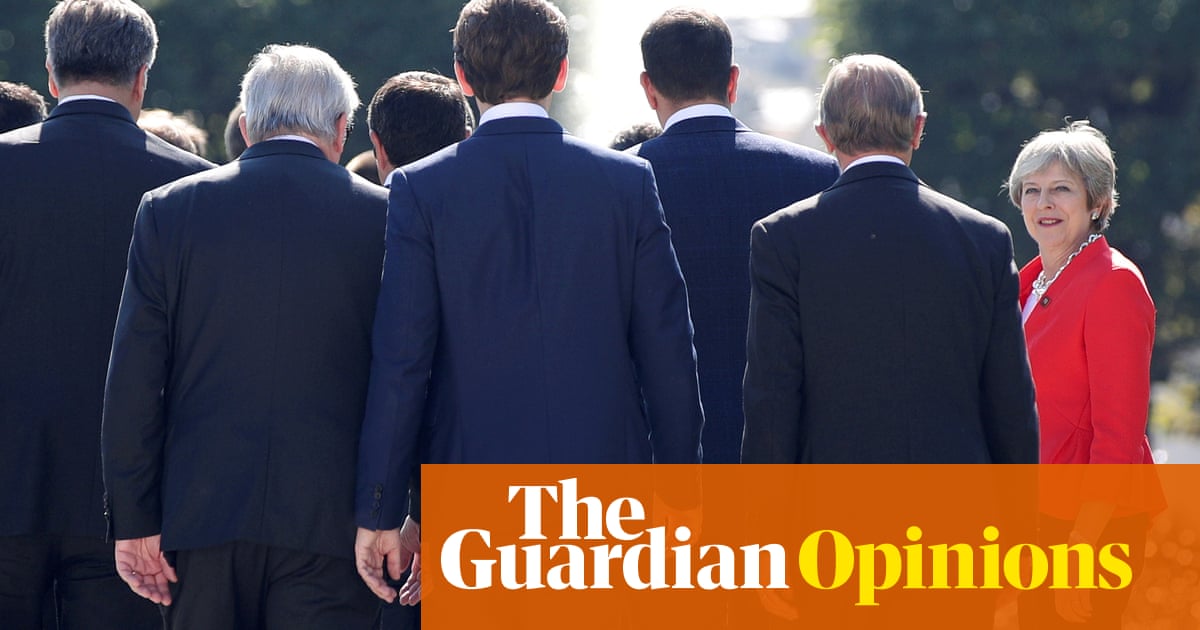 Consider it preparation for a self-sufficient future after Brexit: now our politics generates its own satire, with metaphors included. On Thursday the proceedings of the House of Commons came to a halt because the roof was leaking.

The New York Times ran a story headlined “Parliament really is broken”. The Commons press office put out a statement, clarifying that “this was not a sewage leak”.

Even if it’s not literally true that British politics is drowning in its own effluent, the idea carries an unpleasant whiff of reality. Perhaps it’s fairer to talk of the political system undergoing a nervous breakdown. It has certainly seemed that way these past few days, when you merely had to bump into an MP to release an outpouring of “total despair”, as one Tory minister described his state of mind to me on Wednesday.

For some, it manifests itself in making a clean break not from the EU, but from their senses. So many MPs are talking so much rubbish at the moment, it can be hard to keep up. Witness Boris Johnson, asked to name a just-in-time supply chain that did not rely on the single market, floundering before offering the example of aeronautical parts transferred from Germany to the UK – both of which are in the single market.

Or Jacob Rees-Mogg, suggesting that if the UK is forced to stay inside the EU by the long extension reportedly sought by Donald Tusk, then it should be as difficult as possible. “We could veto any increase in the budget, obstruct the putative EU army and block Mr Macron’s integrationist schemes,” he tweeted. It fell to Nicola Sturgeon to point out the obvious defect in this reasoning: “Isn’t this the same guy who said the UK had no power to do any of these things in the EU and that’s why we had to leave.”

Meanwhile, the Brexiter hardcore is warning that any delay will cause an insurrection, with Rees-Mogg one of many to caution that Tommy Robinson could be elected to the European parliament. Quite why the Somerset MP should find that prospect frightening is not clear, given the way he cheerfully tweets the musings of “Robinson’s” soulmates in Alternative for Germany, or AfD. But put that riddle to one side. This is the same ERG faction that can’t stop invoking the war against Hitler, yet what is their response to today’s fascist threat? To paraphrase: “Best not provoke them. Safer to give violent extremists what they want, lest they turn really nasty.” We used to call that approach appeasement, and even Mark Francois should know how that turned out.

For its part, the government long argued that a delay would be unconscionable, with participation in European elections deemed as bleak a fate as a no-deal exit – as if an unexpected ballot is on a par with shortages of food and medicine, the transformation of Kent into a lorry park and the kneecapping of our economy. The Brexit secretary said holding European elections would “damage trust in politics”. Which is a bit like warning that allowing diesel cars into Chernobyl might damage air quality. Too late, my friend, too late.

Still, a delay is coming. That presents an opportunity, and not only for a respite from the current adrenaline-fuelled days and nail-biting nights, through which the political class has been living on its nerves. A breathing space of a year will allow a change in focus from the business of process to the core question of principle. Put simply, given all we know now, do we still want to leave the European Union?

That is not the same question it was on 23 June 2016. For the Brexit saga itself has been an education in the realities of the EU, one starker than any we had before. The diehard Eurosceptic might nod along to that, agreeing that these past three years have indeed exposed the truth about the EU: it’s a Hotel California, where you can check out but never leave.

But look at it another way. It may fray a little at next week’s European council, but what we have seen since Britain triggered article 50 is the extraordinary solidity, even solidarity, of the 27 countries we are leaving behind. Who would have thought that a bloc representing more than 400 million citizens, stretching from frozen Nuorgam in Finland to balmy Santa Cruz de Tenerife in Spain, would remain united, no daylight between them – while the departing country has a split parliament, split government, split opposition and split cabinet? Put 22 British cabinet ministers in a room, and they can’t agree on anything. But, despite the Brexiter predictions that the EU27 would rapidly turn on each other and look out only for themselves – Germans cutting a deal to help their carmakers, Italians breaking away for the sake of their prosecco producers – they have maintained total discipline.

That’s impressive in itself, but it says two important things about the EU that Britons might not have appreciated in 2016. First, this is why the EU tends to get its way, as it will again next week when it once more dictates extension terms. It’s a big bloc with serious clout, an equal across the table when it faces the world’s other two economic superpowers, China and the US. When Britain comes to negotiate a trade deal with Donald Trump, we’ll get eaten for breakfast – with a side dish of chlorinated chicken. But in the EU, Washington or Beijing meet their match.

The same goes for tackling the other major forces shaping our lives. Last month, the EU fined Google $1.7bn for choking competition in the advertising market. Apple and Facebook are in Brussels’ sights too, as the EU looks to give individuals control over their own data and the money it generates. According to the Economist: “Europe is edging towards cracking the big-tech puzzle.”

If that’s what the EU can achieve as a group, look what it can do for an individual member state. The key obstacle to passage of May’s deal has been the Northern Ireland backstop. Why has that issue persisted? Because the EU has thrown its collective weight behind the border concerns of a single, small member – Ireland. For several centuries, an iron rule of any dispute between Ireland and Britain was that Britain, the bigger nation, would always win. Not any more. Because Ireland is now part of a bigger bloc. The backstop has made vivid what perhaps was abstract in the British imagination: that by pooling together with other nations, a country might give up a modicum of theoretical sovereignty, but it gains a whole lot of practical strength. Britain used to benefit from that obvious fact of geopolitics; now we are suffering from it. In an arm-wrestle with our once-weak neighbour, we are being outmuscled.

The Brexit experience has pointed up a related truth that was overlooked in 2016: the fact that both Britain and Ireland were in the EU had helped neutralise many of the tensions that had riven these islands for so long, with the border being the most obvious. The Good Friday agreement rested on scores of delicate, complex balances that, despite everything, worked in the shared context of the EU. Britain’s exit upsets that intricate geometry. In the process, it reopens wounds that had been healing for two decades, wounds some in Westminster had apparently forgotten or never understood.

These past three years have been awful, exposing our political class and our system as grossly dysfunctional. But they have also served as an unlikely advertisement for the very idea of European cooperation. Perhaps after the ordeal by fire that politicians and public alike have endured, we will emerge tempered by it, ready to see what this period has shown us – that we have something precious and that it would be criminal to throw it away.

• Jonathan Freedland is a Guardian columnist