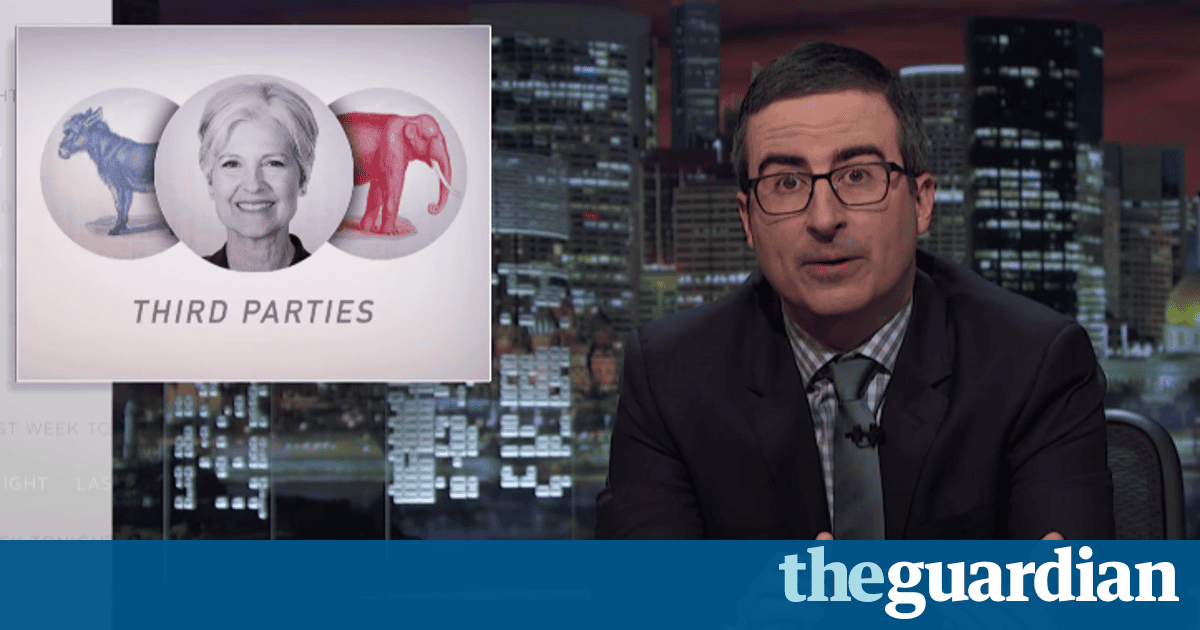 John Oliver has criticized the third party candidates during his HBO show Last Week Tonight, part of an election that he referred to as lice on rats on a horse corpse on fire 2016.

The Emmy-winning host delved into the options outside of Donald Trump and Hillary Clinton, who have gained more coverage than usual thanks to many voters losing faith in the top two choices.

When your two main options are depressing, any third choice seems good, Oliver said. If youre at a KFC Taco Bell and you see a bunch of pigeons eating something in the parking lot, you might well think, hang on, what have they got over there?

He referred to the Green party nominee, Jill Stein, as the candidate who looks most like she believes carob is just as good as chocolate and went on to criticize her strategic vagueness while ripping apart some of her notable mistakes. He also reminded us all of her past in a grungy band in the 1990s, saying her music sounds like the Indigo Girls fronting the Red Hot Chili Peppers.

His next target was the Libertarian party nominee, Gary Johnson the man who, in most photographs, seems around 80% sure that hes running for president. He also called him out on more public errors, ultimately deciding that the less we see of the pair, the better. The more you look at both Gary Johnson and Jill Stein, the more you realize the lack of coverage they complain about so much might have genuinely benefited them because their key proposals seem to crumble under the slightest scrutiny, he said.

He grouped them with the main pair and called them the lesser of four evils before speaking about the problems all Americans have with this particular election.

Anyone who goes into a voting booth on November 8 saying I feel 100% great about what I just did in there is either lying to themselves or did something unspeakable in that booth, he said. That means as uncomfortable as this is, everyone has to own the flaws of whoever you vote for. Whether theyre a lying, handsy, narcissistic sociopath; a hawkish, Wall Street-friendly embodiment of everything some people cant stand about politics; an ill-tempered mountain molester with a radical, dangerous tax plan that even he cant defend; or a conspiracy-pandering liberal neophyte with no clear understanding of how governments operate.