Its not enough to have your heart in the right place. The arguments will only be won with energy and uplifting concepts 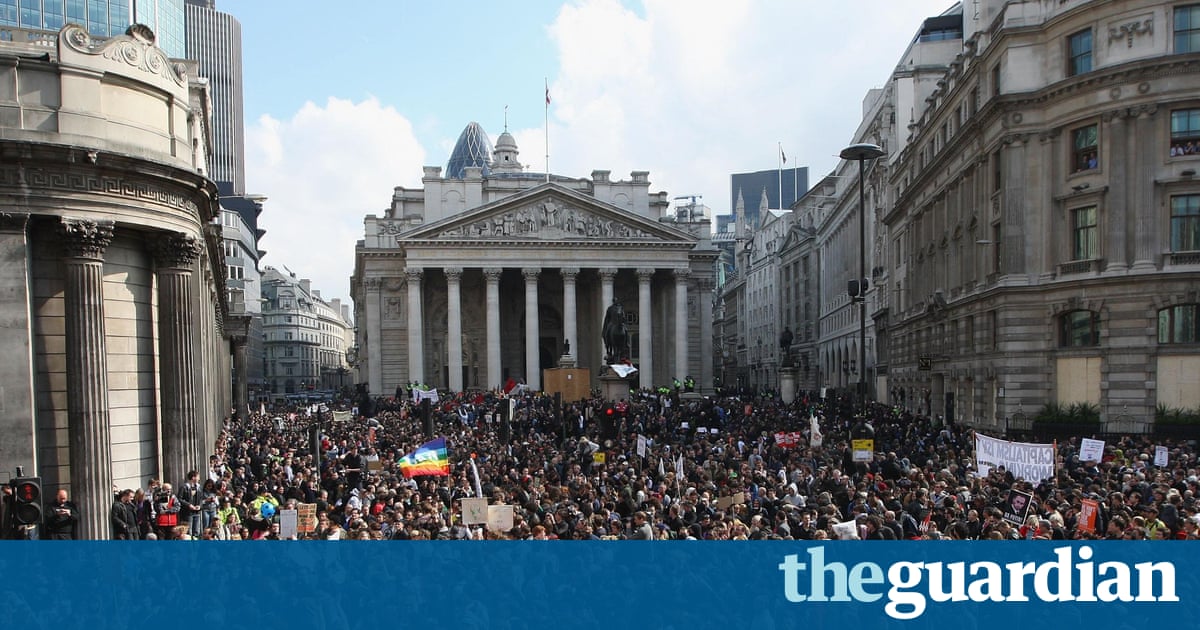 Its a perplexing question: why has so little changed since 2008? If your recall is a little hazy, 2008 was the year the world woke up to a banking crisis of epic proportions, a crisis borne of blind faith in market wisdom and an utter lack of public oversight. But in a bizarre twist, the parties who benefited from the bust were the conservatives (the people who glibly told voters it was all the governments fault) and the xenophobes (who blamed it all on terrorists and immigrants, who steal our jobs yet are too lazy to work).

So why isnt the left coming up with some real alternatives? There are volumes to be written about this conundrum, but Id like to venture one simple explanation: the eternal return of underdog socialism.

Its an international phenomenon, observable among legions of leftwing thinkers and movements, from trade unions to political parties, from columnists to professors. The world view of the underdog socialist is encapsulated in the notion that the establishment has mastered the game of reason, judgment and statistics, leaving the left with emotion. Its heart is in the right place. The underdog socialist always has his or her back against the wall. Warily they watch the neoliberals, the multinationals and the Eurocrats advance, but cant bring themselves to do much more than whimper: Come on guys, do we have to?

An MP from the Flemish Green party recently asked me: Yes, but isnt the government deficit too high? She stared in disbelief when I answered that the deficit was actually too low. Jeremy Corbyn still hasnt offered any convincing vision that resonates beyond his most devoted fans.

Meanwhile, the Socialist party in France and Germanys Social Democratic party are moving farther towards the middle of the road. In my own country, the Netherlands, the vacuous governing social democrat party seems to believe it will be able to inch its way up the polls if only economy shows some limited growth. The left has failed to come up with ideas that are economically sound and politically popular beyond ameliorative policies such as income transfers, the economist Dani Rodrik recently wrote.

The underdog socialist has a surfeit of compassion and finds prevailing policies deeply unfair seeing the achievements of the 20th century crumbling to dust, and rushing in to salvage what he can. But when push comes to shove, the underdog socialist caves in to the arguments of the opposition, always accepting the premise upon which the debate takes place. National debt is out of control, but we can make more programmes income-dependent … Fighting poverty is terribly expensive, but its part of being a civilised nation … Taxes are high but each according to his ability.

Reining in and restraining, thats the sole remaining mission of the underdog socialists. Anti-austerity, anti-privatisation, anti-establishment: one is left to wonder, what are underdog socialists actually for? Time and again, they side with societys unfortunates: poor people, dropouts, asylum seekers, disabled people and the discriminated. They decry Islamophobia, homophobia and racism. Meanwhile, they obsess over the proliferation of rifts dividing the world into blue-collar and white-collar, poverty and wealth, ordinary people and the 1%, and vainly seek to reconnect with a constituency that has long since packed its bags.