Dont make her define her business. She has something for everyone. Especially if its a naked bathroom selfie 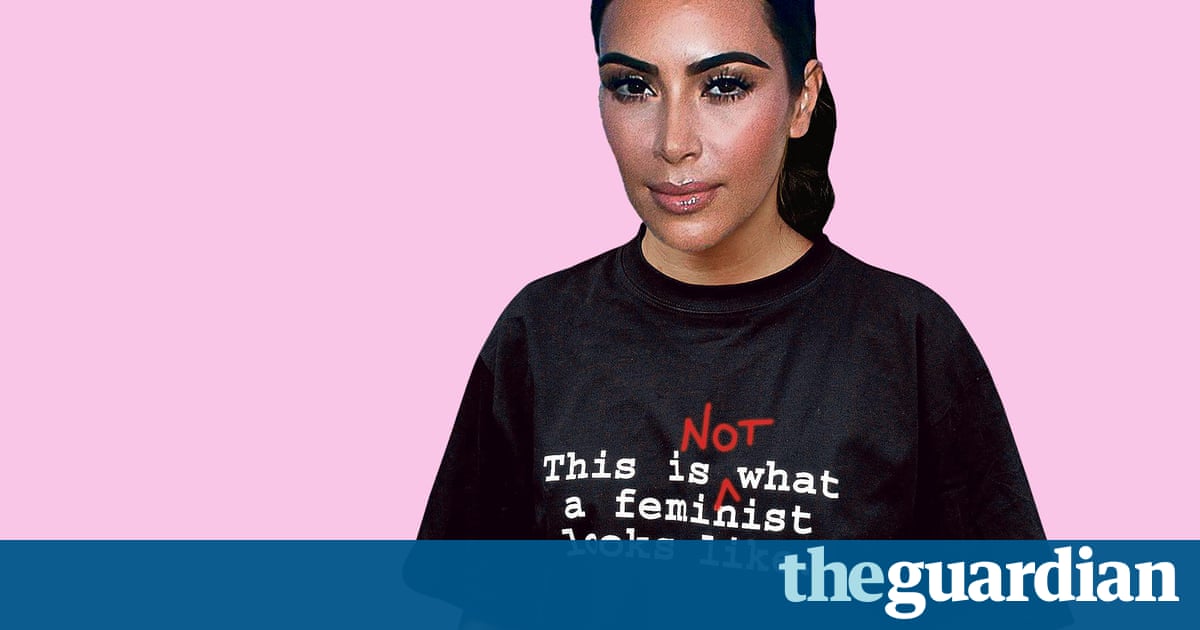 Tits out for fourth-wave feminism, now, as we examine the latest essay to rock the movement. Once again, the hilariously coveted Kim Kardashian endorsement seems to elude it, as madam is moved to pen another post explaining that she is not a feminist. Kim, Kim, Kim youre pushing at an open door, old stick.

Still, dont take it from Lost in Showbiz, take it from the high priestess of internet-breakage herself, who has unleashed her latest thinkpiece on her website (paywall), in which she refuses to identify with any number of civilian movements, apparently regarding them as forces that could somehow limit the supra-belief business of Being Kim Kardashian.

Im all about empowering and uplifting women, Kim claims. But why do we have to put labels on things? What, like nouns? Or like GIVENCHY? I havent performed a deep homophone analysis on this key text yet, but am guessing its the former. Never mind all this stuff you read about a post-truth world Kim is now post-noun.

Youre Republican, youre Democrat, youre bisexual, youre plus-size, youre poor, youre a criminal, youre a mother, youre a feminist. Im a human being, and I have thoughts, feelings and opinions about a lot of different things. I dont need to be defined by those beliefs, just as much as I dont want to be set apart from or viewed as being against those who DO define themselves by those beliefs.

Digested Kim: my oiled and heavily contoured media empire is a receptacle for anything you want it to be. It was Michael Jordan who famously declined to endorse a progressive Democrat over the racist segregationist Jesse Helms in a North Carolina senate election on the basis that Republicans buy sneakers, too. Like everything else she does, Kims post feels like it has similar commercial underpinnings the equivalent of observing affectlessly that misogynists create traffic/Nielsen ratings too. Forget the pink pound the first rule of 21st-century icondom is that you dont alienate the hate dollar. Indeed, the furthest that Kim will go in any direction is to assert that she considers herself as someone who advocates for the civil and social rights and liberties of all people. Except you, Taylor.

Just kidding. Kim nobly avoids the temptation to indulge in the other kind of Swiftian satire. And in interpreting her point, various commentators have decided she has feminist spirit, which sounds like something you could spray on you like a really sassy fragrance. Probably one at price parity and indeed philosophical parity with Diesels Only The Brave.