Editorial: This is a political and cultural cataclysm that few believed would really happen. Its a bleak day for America, and for the pluralism and diversity the country has come to stand for 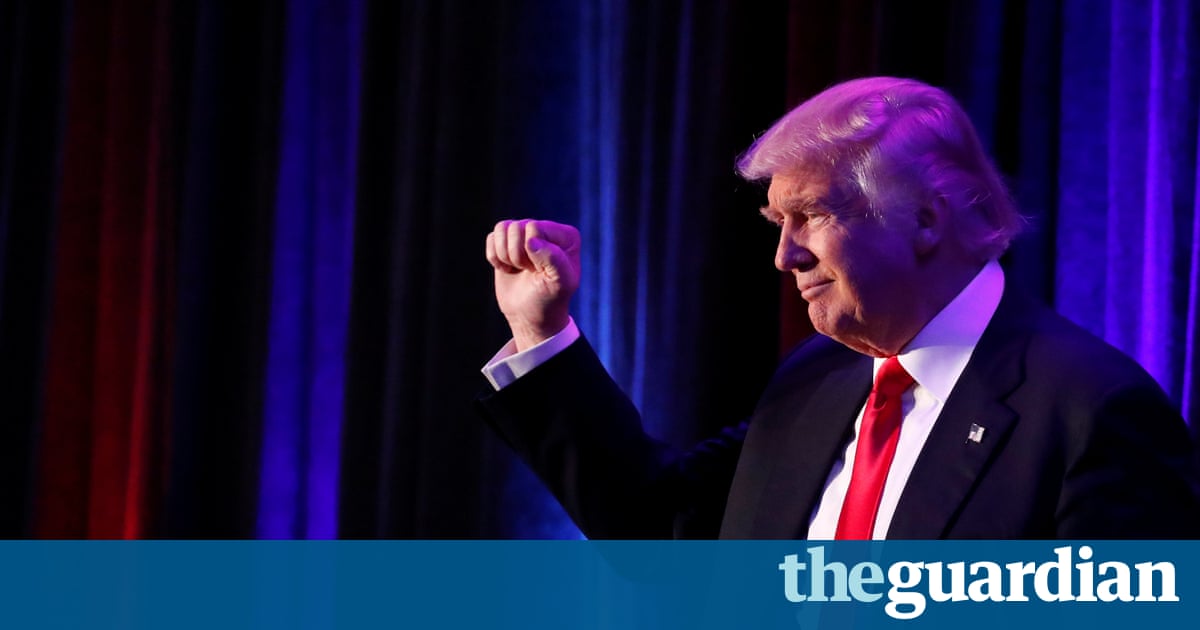 The unthinkable is only unthinkable until it happens. Then, like the sack of Rome, it can seem historically inevitable. So it is with the global political earthquake that is the election of Donald Trump as the next president of the United States. If he is true to his campaign pledges, which were many and reckless, Mr Trumps win will herald Americas most stunning reversal of political and economic orthodoxy since the New Deal in the 1930s, but with the opposite intention and effect. It halts the ailing progressive narrative about modern America and the 21st-century world in its tracks. It signals a seismic rupture in the American-dominated global liberal economic and political order that had seemed to command the 21st century after communism collapsed and Chinas economy soared.

In that sense, the Trump triumph has echoes of the increasingly alarming general rightward shift in the politics of other post-industrial western democracies, to which progressives have again produced inadequate responses. The parallel with Britains Brexit vote is obvious and real. So, perhaps, is the further boost that the Trump triumph may hand to nationalists in many parts of Europe Marine Le Pen jumped quickly on that bandwagon. The result will be lamented by liberals across America and beyond. But it will be cheered in Moscow and Damascus, which will feel emboldened. This is not a good week to be a Latvian or a Ukrainian, and another dire one to be a Syrian oppositionist. The result is also a generational challenge to progressive politics to find the radical and credible message that eludes them in so many countries, not just in America.

But this is primarily an American catastrophe that America has brought upon itself. When it came to it, the US was unable to find a credible way of rallying against Mr Trump and what he represents. Hillary Clinton failed that crucial test both in herself and in what she offered; for her this is the end. But she was the symptom, not the cause. Mr Trump was not taken seriously and was widely not expected to beat Mrs Clinton throughout the long, bitter campaign. At each stage, his candidacy was deemed certain to crash and burn. The opinion polls and the vaunted probability calculus rarely trended in his direction; both are now discredited. Only after the FBI directors intervention, less than two weeks before the election, was it widely imagined that the tables might turn in Mr Trumps favour. Nevertheless by the eve of poll Mr Trump was again the outsider.

Yet Mr Trump won big in an election where, if the exit polls were right, most people made up their minds long before the James Comey furore. Mr Trumps victory was total. It was built, more than anything else, on the white vote; irrespective of gender, age or education, white people mostly voted for him. It was the most stunning upset in modern US history; not even a squeaker. He won most of the battleground states into which the Clinton campaign had poured money Ohio, Pennsylvania, Florida, North Carolina and Wisconsin en route to a decisive Republican electoral college total exceeding 300. That majority is centred on the so-called flyover states, which inhabitants of the big Democratic bastions on the coasts often only see from 35,000 feet. But the red tide pushed north too, deep into the rustbelt, and consolidated in the south although the electoral college system amplified Mr Trumps victory: Mrs Clinton is set to win the popular vote, as Democrats have in every election bar one since 1988.

Meanwhile, Republican congressional candidates who had scrabbled to put distance between themselves and their nominee after the ugly TV debates found themselves riding to victory on Mr Trumps coattails. Republicans held most of their seats in the Senate races, and will be savouring the chance to extend their majority in 2018, when the beneficiaries of the Obama re-election wave of 2012 face the voters. More predictably, the House remained firmly in Republican hands too; Speaker Paul Ryan and his lieutenants have more to fear from their own party grassroots and from a perhaps vengeful new man in the White House than they do from the shattered Democrats, for whom this outcome is the sum of all fears.

President Trump is the shock heard round the world. Now that he has won, the instant explanations have already started to flood in: that the mobilisation (or not) of this or that demographic was decisive; that he tapped the angry anti-establishment mood; that he spoke for millions who felt abandoned by the prosperous and progressive; that American nativism was always far stronger than liberals wanted to think; that he was a celebrity candidate for the celebrity-obsessed age; that he rode the tiger of post-truth politics; that making America great again was a cut-through message in a militaristic and imperial nation; that white men (and many white women) had had it with political correctness; that misogyny swung it; that the mainstream media failed to call him out; that it is a verdict on the Barack Obama years; that Mrs Clinton was always the wrong candidate; that there was racist dirty work in the voting system; that it was the Russians who won it for him.