Editorial: Electing Donald Trump would mean conservatism off the leash, a deepened racial divide and a less safe planet. America and the world deserve better 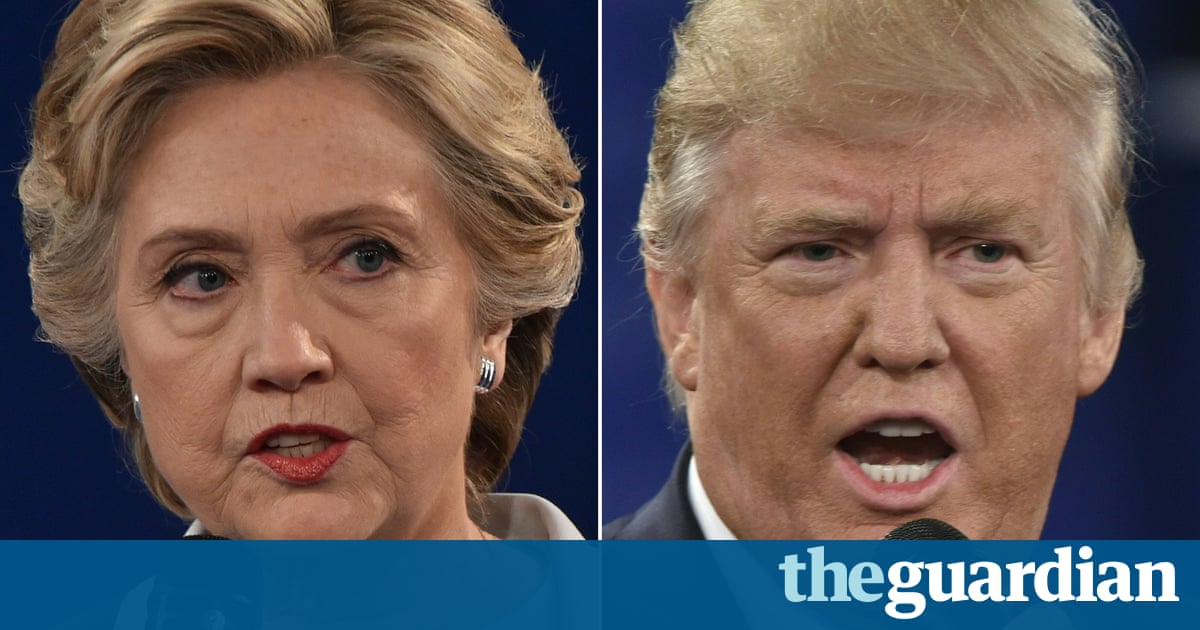 It is make your mind up time for America. A hopeful, incrementally better, boats-against-the-current United States; or a US flirting with a dystopia from the pen of a Stephen King or Cormac McCarthy? A serious but flawed Democratic candidate; or a Republican whose election would be the sum of all fears? Thats the choice, the only choice, on offer.

If we had a vote, we would use it to elect Hillary Clinton as president on Tuesday. She has a thoughtful and ambitious policy agenda for Americas inequalities and injustices. She has an internationalist outlook. She has responded to concerns about her cautious centrism by committing to more radical plans. She is eminently prepared and qualified for the job. She is a fitting successor to Barack Obama. And it is high time there was a woman president.

To these can now be added the fact that, as of Sunday, she is no longer under investigation. The announcement, just over a week before polling, that a new batch of emails was being investigated was, at best, an extraordinary misjudgment by the FBI director James Comey. It triggered nine days that needlessly shook US politics, narrowed the polls and may have shaped the election. Now the bureau has said Mrs Clinton will face no further investigation or charges over her use of a private email server. Mrs Clinton bears a share of responsibility for bringing this storm on herself. But the essential fact is that she is in the clear.

The thing that stares Americans in the face on a close-fought election day, however, is that the only alternative to Mrs Clinton is Donald Trump. It needs to be said again, at this fateful moment, that Mr Trump is not a fit and proper person for the presidency. He is an irascible egomaniac. He is uninterested in the world. He has fought a campaign of abuse and nastiness, riddled with racism and misogyny. He offers slogans, not a programme. He propagates lies, ignorance and prejudice. He brings no sensibility to the contest except boundless self-admiration. He panders to everything that is worst in human nature and spurns all that is best.

Mrs Clinton is far from perfect. But Mr Trump plumbs the depths of imperfection in ways that have no precedent in frontline modern American politics. All countries from time to time produce leaders who are ignorant or vain or who lack intellectual judgment or personal grace. But Mr Trump is the first candidate to get so close to power who has no experience of the practicalities of politics and government, and who does not seem to care about them either. If he is elected president it will send the worst possible message to America about itself, and an even worse one to the rest of the world.

There are three particular ways in which electing Mr Trump is a step that should be spurned by any responsible American voter. First, it would mean a rightwing president governing with a rightwing Congress. Mr Trump and the Republican establishment have many differences, but they would find no difficulty cutting taxes for the richest or sparking an aggressive trade war with former partners. They would ensure, as a priority, that the conservative majority is restored on the supreme court. Progress on civil rights and equality would be thrown into reverse. Abortion rights would be under threat.