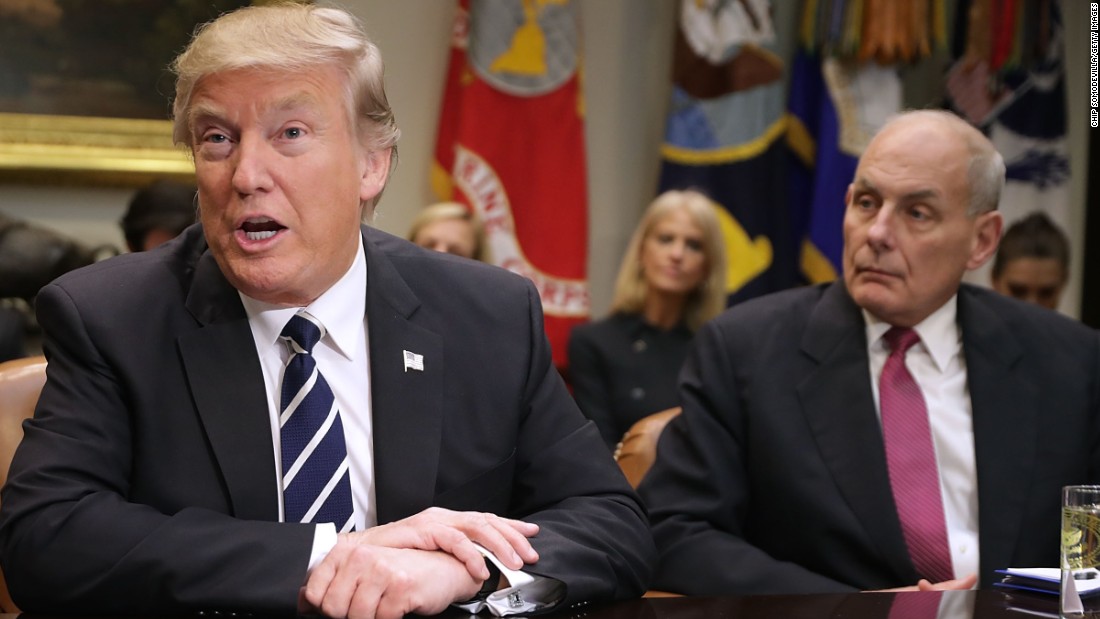 (CNN)In November, shortly after the election of Donald Trump, retired four-star Marine Gen. John Kelly was at home on a Saturday afternoon with his wife Karen watching college football when the phone rang.

On the phone was Reince Priebus — the man that Kelly would later supplant as White House chief of staff — who told Kelly, “Mr. Trump would like to have an opportunity to talk to you about maybe going into the administration.”
After serving 45 years in the Marine Corps, Kelly was only eight months into his retirement. Kelly consulted with his wife about the offer from the Trump team. Karen said, “If we’re nothing, the Kelly family is a family of service to the nation. If they think they need you, you can’t get out of it.” She added jokingly, “Besides, I’m really tired of this quality retired time we’re spending together.”
Kelly soon met with Trump who told him, “I’d like you to take the hardest, and what I consider to be the toughest job in the federal government.” Kelly says he panicked, briefly thinking that the offer was to run the State Department, but Trump said he was asking him to run Homeland Security.
Kelly says he was surprised by the offer: “I literally did not know Mr. Trump at all and I didn’t know anyone that knew Mr. Trump.” Kelly recounted how he made his way into the Trump Cabinet at the Aspen Security Forum earlier this month in a wide-ranging interview with Pete Williams of NBC News.
Running the Department of Homeland Security (DHS) is indeed one of the toughest jobs in the government. DHS is an ungainly giant of 22 different federal departments and agencies that merged together in the wake of 9/11 and is now made up of 240,000 employees who handle everything from hurricanes to cyber security to border security to terrorism.
As White House chief of staff, Kelly, 67, is taking on what is arguably an even harder job then running DHS. He will surely try to bring a general’s discipline to a chaotic group of presidential advisers. 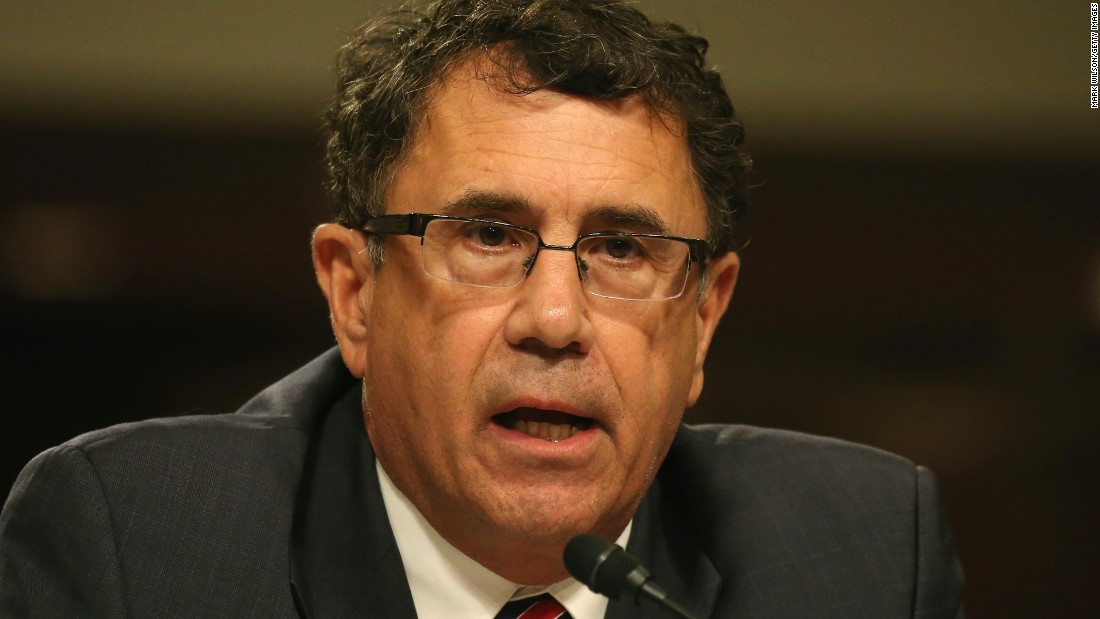 In the past six months the White House has lost not only its first chief of staff but also other key officials such as a national security adviser, a deputy national security adviser, a communications director, a deputy chief of staff, a press secretary, and a top Middle East adviser.
Kelly certainly has leadership qualities in great abundance. In person, in Aspen, he came across as a no-nonsense, doesn’t-tolerate-fools-gladly kind of leader who also treats his staff with respect and listens carefully to what they have to say.
He will need all of his experience and hard-won leadership skills to help correct course at the White House which suffered this past week what historians will surely mark as Trump’s single biggest failure hitherto: his inability to push through any kind of repeal of Obamacare.
Kelly has earned Trump’s admiration for his aggressive efforts to enforce immigration laws and his support for the travel ban from half a dozen Muslim-majority countries. 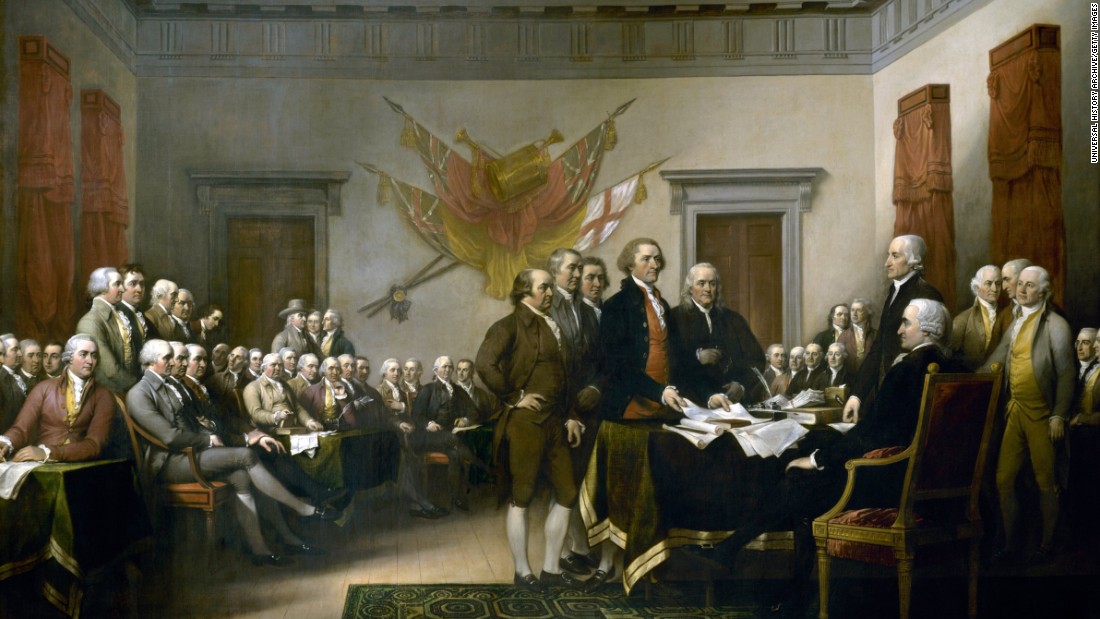 These were, of course, among the key issues that Trump campaigned on and a large drop in illegal immigration is one of the few concrete wins that Trump can point to. Apprehensions of illegal immigrants at the southern border are down by more than half since last year, according to the US Customs and Border Patrol.
Illegal immigration is an issue with which Kelly is quite familiar as his last job in uniform was as the four star general in charge of Southern Command (SOUTHCOM) that is focused laser-like on Central and Latin America and protecting the southern border.
As DHS head, Kelly also deftly handled a significant threat to commercial aviation, which was the discovery in March that terrorists in the Middle East were manufacturing hard-to-detect bombs disguised in laptops.
DHS announced that eight Middle Eastern and African countries that have direct flights to the States could not allow passengers to carry on devices larger than a cellphone. By late July this ban had been lifted following the implementation of enhanced security procedures at airports in those eight countries.
In June DHS announced enhanced security measures at all 280 airports around the world that have direct flights into the States, including greater scrutiny of electronic devices and the use of more bomb-sniffing dogs.
Kelly also has the military credentials that Trump values as much as he does those who have made fortunes on Wall Street. The troika of Kelly, National Security Advisor, Lt. Gen. H.R. McMaster and Secretary of Defense, retired four-star Marine Gen. Jim Mattis, now hold the key levers of American power. Kelly, Mattis and the Chairman of the Joint Chiefs, Gen. Joseph Dunford, are also all Marines who have worked well together for decades.
Like Mattis, his fellow Marine and confidante, Kelly is blunt when he wants to make a point. When he was asked by a reporter in April 2003 as the Marines were closing in on Saddam Hussein’s regime in Baghdad if was he was worried about the strength of Saddam’s forces, in the distinctive accent of his native Boston, Kelly said, “Hell these are Marines. Men like them held Guadalcanal and took Iwo Jima. Baghdad ain’t s—.”

The Kellys have also given much to the nation. In 2010 Kelly’s 29-year-old son Marine 1st Lt. Robert Kelly was killed by a landmine in Afghanistan. Kelly has another son who is an also Marine officer and a daughter who works for the FBI.
On Veteran’s Day, four days after his son’s death, in a speech in St. Louis, Kelly was clear that he sees the United States’ war against jihadist terrorists as a generational conflict. “The American military has handed our ruthless enemy defeat after defeat, but it will go on for years, if not decades, before this curse has been eradicated … We are at war and like it or not, that is a fact. It is not Bush’s war, and it is not Obama’s war, it is our war and we can’t run away fromit.”