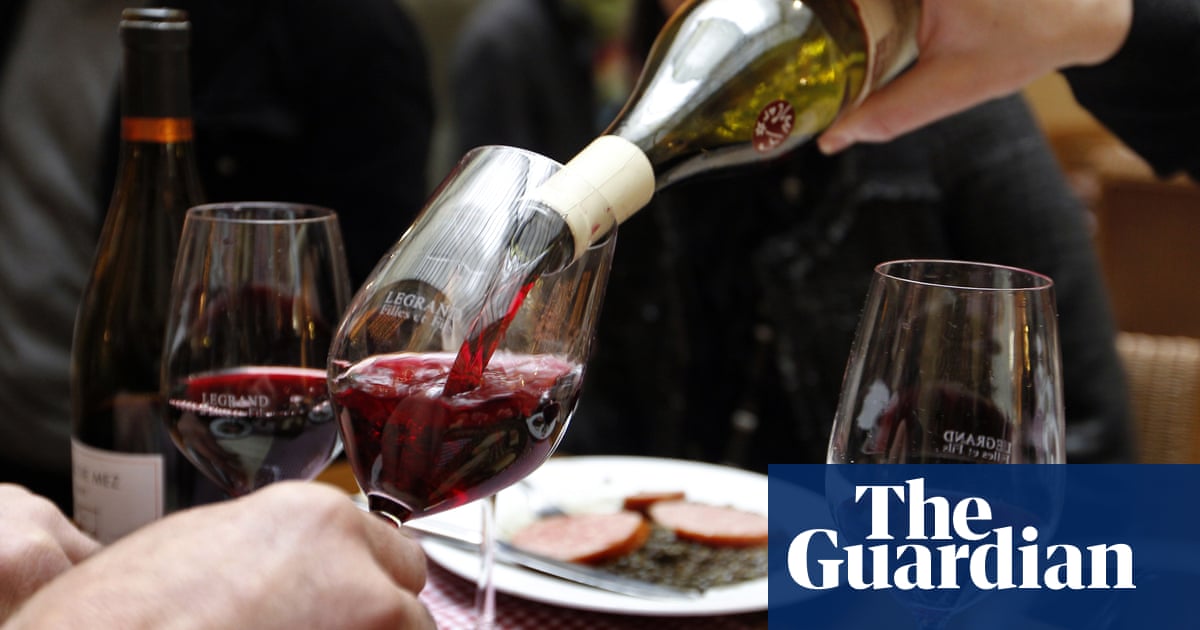 It was the incredulous reaction to a campaign launched this week by French health officials seeking to persuade the public to drink no more than two glasses of wine per day – and not every day either.

According to Santé Publique France, almost a quarter of French adults are regularly drinking too much alcohol, and this level of drinking is killing 41,000 people a year, making it the second biggest cause of avoidable deaths in the country after smoking.

“It’s about 10.5 million adults who drink too much. In any case they drink in proportions that increase the risks to their health, including cancers, high blood pressure, cerebral haemorrhage and cardiovascular diseases,” Viet Nguyen-Thanh, head of Santé Publique France, said.

The French have a complicated history with wine, considered a vital part of their national cultural heritage. A 1950s health campaign urged the public to cut down and drink less than a litre of alcohol per meal. School canteens could serve half a litre of wine, cider or beer to pupils under 14 until 1956. Alcohol was banned entirely from schools in 1981.

“It’s part of French history. The fact that France is a wine manufacturer has certainly played a role when it comes to the French and their relationship to wine,” Nugyen-Thanh added.

To some, wine is not even proper alcohol. The agriculture minister, Didier Guillaume, said recently: “Wine isn’t an alcohol like the others.”

Admitting binge drinking among French young people was a real problem, he added: “But I’ve never seen, to my knowledge … a youngster leaving a nightclub drunk because they drank Côtes-du-Rhône, Crozes-Hermitage or Costières-de-Nîmes.”

The health minister, Agnès Buzyn, responded with the stern rebuke: “The alcohol molecule in wine is exactly the same as those in any alcoholic drink.”

World Health Organization figures show the French are far from being the heaviest drinkers in Europe. They have an average annual consumption per person of 12.6 litres of pure alcohol among the over-15s, behind Lithuania’s 15 litres, Germany’s 13.4 litres, Ireland and Luxembourg’s 13 litres each and Latvia’s 12.9 litres. In the UK 11.5 litres are drunk per person annually. Wine represents 58% of all the alcohol consumed in France.

Santé Publique France advises a maximum of 10 glasses of alcohol, including wine, a week. Its official advice [pdf] states a glass is equivalent to 10cl of wine.