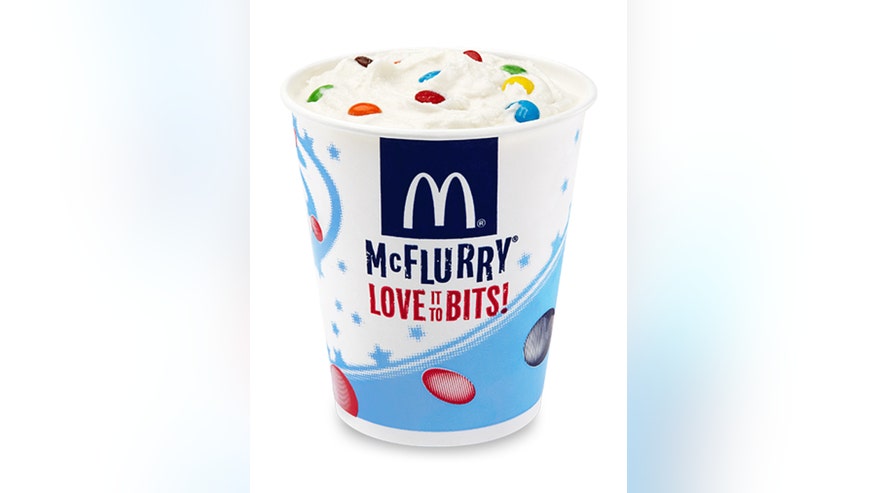 One of the worlds largest candy makers is reportedly concerned that fast food desserts featuring some of its most iconic sweetslike M&Ms and Snickersare just too sugary.

Mars, which stopped making king-sized chocolate bars in 2013 in an effort to promote moderate consumption of sweets, is now considering ending its partnerships with restaurants like McDonalds, Burger King and Dairy Queen because a single serving of many of the fast food desserts that feature its candy exceed the governments recommendations for the daily the amount of sugar anyone should eat in a day, reports Reuters.

Though the company declined to provide any details on the discussions, a company rep told Reuters: “We are now working alongside our suppliers and customers to bring this commitment to life.”

If Mars were to stop supplying candies to various chains, Burger King would have to stop making its Snickers pie, Dairy Queens Blizzard would no longer have branded candies and McDonalds wouldnt be able to use M&Ms in its McFlurries.

Eliminating the candy-shell coated chocolates from a large McFlurry would cut about 7.5 teaspoons of sugar . A source told Reuters that several recipe reformulations were in the works with Mars partners.

But McFlurry lovers are already up in arms over the rumored changes.

Mcdonalds is discontinuing the McFlurry and that pretty much just ruined my day.

If m&m mcflurries actually become extinct, I will cry
https://t.co/M34SbL9KgD

In January, the U.S. government changed its dietary guidelines amid a growing body of evidence linking sugar to obesity and diabetes. Now, added sugars should constitute no more than 10 percent of ones daily caloric intakeor about 12.5 teaspoons of sugar per day in a 2,000-calorie diet.

In 2013, Mars stopped selling king-sized candy bars and limited all candy packages to 250 calories per serving.

But critics are calling Mars public show of solidarity with health advocates silly while others have decried it as just another marketing ploy.

“This is all junk food,” said Michele Simon, public health attorney and author of “Appetite for Profit,” a critique of the food industry. “It’s kind of silly.”