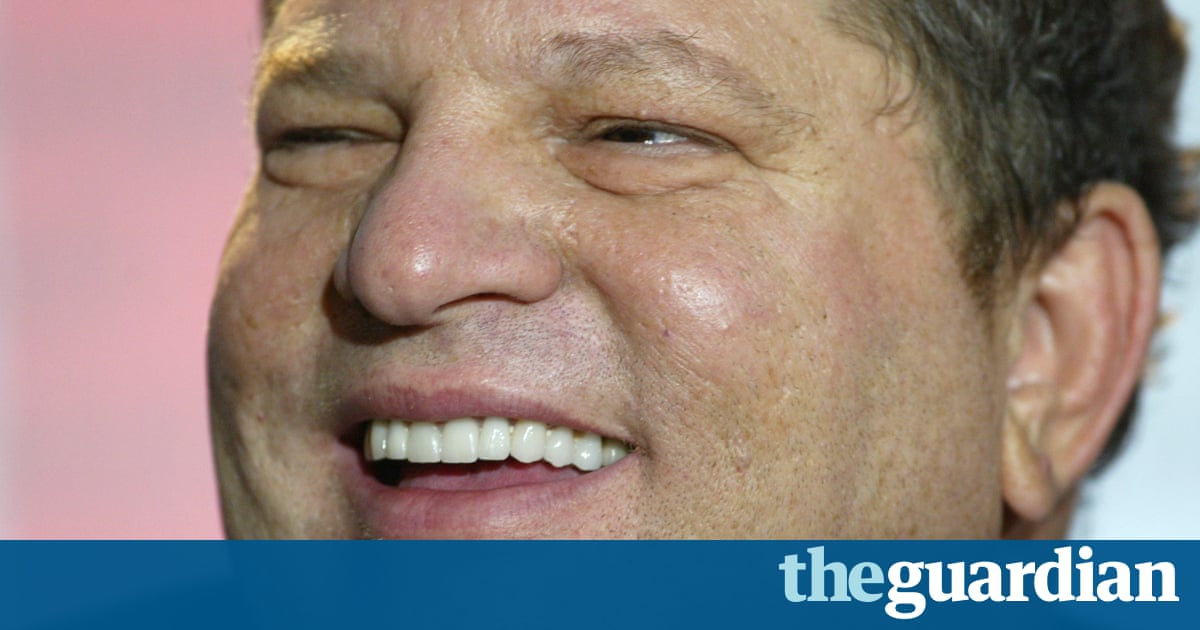 Senior executives who worked for Harvey Weinstein at Miramax Films have described an atmosphere of psychological abuse and bullying at his film studio, enabling his behaviour at the firm to go unchallenged for decades.

Several former colleagues spoke to the Guardian, with one describing the company as being like a cult, a second describing the internal atmosphere as sadistic and a third saying Weinstein hurled a glass picture frame at her in the midst of an argument.

Paul Webster, who was head of production at Miramax between 1995 and 1997, before leaving to create and run Film Four, said he believed that the “sex allegations are just the particularly rancid tip of the iceberg” at the company.

“Miramax was absolutely a cult, the cult of Harvey, and that’s how he got away with his behaviour for so long,” said Webster. “It was crude but very effective. People became brainwashed, some people had nervous breakdowns. People would be hired and then destroyed for no apparent reason, and then their careers and lives would be in tatters.”

He added: “Everything Harvey did was all about manipulation and fear. He was a massive bully. He would flatter people, get the best out of them and then dump on them really, really hard to destroy them. It was this whole thing of breaking people down so you could build them up in your own image.”

Webster admitted that Weinstein’s predatory behaviour towards young women was common knowledge but that the culture of Miramax led them to “compartmentalise it”.

“I feel so ashamed because I knew, everyone knew,’ said Webster. “I’ve been saying it for years that he’d eventually get done for rape, because it’s that pattern of bullying behaviour combined with the sex stuff. I can say now I did think he was a rapist.”

Miramax was bought by the Walt Disney Co in 1993, and Weinstein left there in 2005, setting up the Weinstein Company thereafter. He was fired by the board there earlier this month following detailed allegations of harassment spanning several decades. Since then, dozens of women have come forward with their own tales of alleged inappropriate sexual contacts and threats.

Weinstein has unequivocally denied any allegations of non-consensual sex and has said he is hoping to get a second chance. A spokesperson for Weinstein did not respond to a request for comment on claims about his alleged verbal abuse or the incident involving the frame.

Other former Miramax employees described how their years working at the company had left them with post-traumatic stress disorder. “I remember friends would ask me what it was like to work at Miramax and I would always tell them that it’s kind of like telling people you fell down the stairs,” said Jesse Berdinka, a former US marine who worked at Miramax for seven years and said the “mental weight” of the sometimes “sadistic” experience would affect the rest of his life.

Berdinka, who worked his way from being a temp to being vice-president of development and production at Miramax, said he began drinking more than he should have in order to deal with the extreme stress, and developed nervous tics. The story of his own rise in the ranks was typical, he said, because when outsiders were brought into senior jobs they often did not last long.

“You see stories of domestic abuse on the news and think, how can people keep subjecting themselves to that? And then I would walk into the office the next day,” Berdinka said. “For me at least it was the drip, day after day, of never knowing if you are good enough or if you are going to be at the top of the world or the bottom of the shit list.”

A third former senior executive, speaking to the Guardian on the condition of anonymity, said she believed she suffered from PTSD. She described how Weinstein threw a glass frame in her direction, narrowly missing her head. The frame contained a picture of Weinstein and Mick Jagger.

“It wasn’t just sexual abuse. Everyone got abused. It didn’t really matter how high up you were, you got the same treatment,” she said.

After one meeting in 2001, Weinstein was so abusive that the executive was told by her boss that she would not have to attend another meeting with him for a year.

“If I were to sum up the physical and emotional response, I would say I feel it is PTSD,” the executive said. She said some of the symptoms re-emerged when the first stories of Weinstein’s abuse were aired on television this month, making her physically ill.

“I’ve had years of recurring nightmares. Ten years of nightmares, while I was there and after,” she said.

Disgusted by the reports of abuse, Berninka said he and other executives are trying to raise money for a charity for battered women, in an effort to “do something good”.

“We always referred to Miramax as the trenches in the sense that it was a war zone,” one former assistant told the Guardian. “We used to joke about having to wear a helmet to work.”