The Oklahoma City police officer knew the odds were rigged in his favor we live in a world where police violence against black bodies isnt simply tolerated, it is encouraged 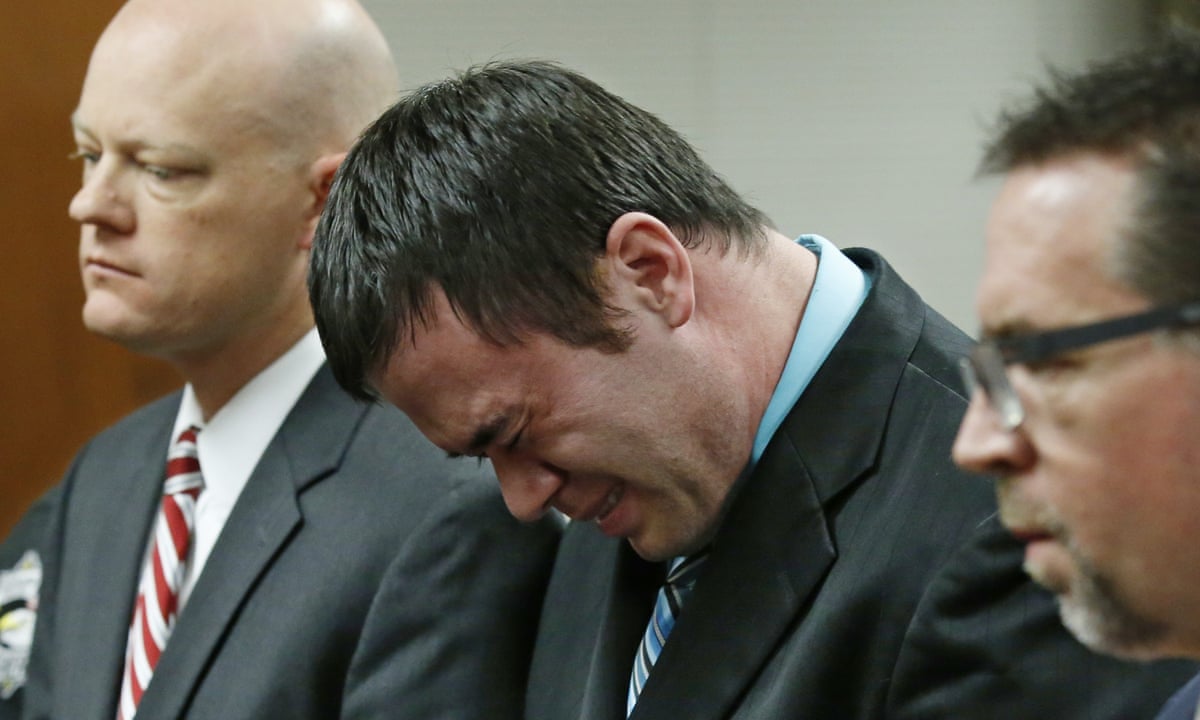 A wave of bitter gratification swept over much of the internet last week when video footage from the trial of serial rapist Daniel Holtzclaw appeared online. Holtzclaw took advantage of both the the systemic erasure of black women and the disproportionate power afforded to American police officers to get away with numerous sexual assault, until black Americans( especially black girls) on Twitter and in the media valiantly dragged his example into the public consciousness. In the much-shared video, Holtzclaw sobbed and shook as the magistrate read a listing of his verdicts in a comfortingly institutional monotone: Sex battery, guilty. Forcible oral sodomy, guilty. Rape in the first degree, guilty. Holtzclaw faced 36 countings and is guilty on 18, the jury recommending a sentence of more than 200 years in prison.

I tell comfortingly institutional because all too often suits like these cannot even get the attention of our justice system, let alone procure sentences. Holtzclaw was a police officer in Oklahoma City. He purposely targeted girls living on the extreme margins of society impoverished girls, sexuality workers, drug addicts, all of them black taking advantage of a system that he knew was rigged in his favor. He knew that these women, from communities that already lived in dread of the police, most likely wouldnt report him; and, if they did, they almost certainly wouldnt be believed.

And he was very nearly right. I didnt think that no one would believe me, one of his victims said. I feel like all police will work together and I was scared.

But Holtzclaw did get caught, and he was found guilty against statistical probability( according to the Rape, Abuse and Incest National Network, 97% of rapists are never penalise )~ ATAGEND and could now spend the rest of their own lives in prison. When Holtzclaw exclaimed as he heard his crimes listed and judged, it laid bare how inherently pathetic all rapists are. Merely the weak prey on the vulnerable, and only a broken society lets such a system to survive. Justice shouldnt be an anomaly.

Holtzclaws case sits at the intersection of several culture conversations that predominated 2015: rape culture, male entitlement, and the politics of permission. The dehumanisation of women, black people, and, exponentially, black girls. The hierarchy of good victims and bad victims, the myth that girls often and recreationally lie about rape, and the idea that sexuality workers such as, for example, James Deens present accusers cant be sexually infringed. Systemic poverty, income inequality, de facto educational segregation. The #BlackLivesMatter movement, the invisibility of black ache, and the dawning national understanding that police violence against black bodies isnt simply tolerated, it is encouraged.

From there, one can extrapolate roots and branches touching nearly every vital social issue on ground: racism begets xenophobia begets Islamophobia begets war begets terrorism begets dread begets firearms, and on and on and on. Challenging the status quo on pretty much any of those topics invites charges of political correctness, shutting down disagreement under the guise of protecting speech. If that seems overwrought, consider that Donald Trump, the Republican presidential frontrunner who lately called for banning all Muslims from entering the US, has called political correctness the big problem facing America. Consider that a few weeks ago, three humen affiliated with an online message board titled politically incorrect allegedly shot five #BlackLivesMatter protesters.

The longer you stare at this Magic Eye poster of culture sewage, the clearer it becomes that all problems are the same problem: a failing of empathy that manifests as dehumanisation, violence, greed and wilful ignorance. And theres only one thing to do when you find yourself at the bottom of a cavity like that. Look up.

In just a few weeks it will be a new year. And while I dont think there is anything magically rejuvenating about replacing one digit on the calendar with another, its as good a period as any to induce some changes and some choices.

In 2016, I hope we will strive to remember the inviolable humanity of others. I hope we will refuse to grant those who terrorise us the gratification of our obedience. I hope we will open our doorways to refugees, repudiate xenophobia, defend our Muslim neighbours and friends from buffoons and ogres, and investigate the bright, complex world beyond Facebook memes. I hope black lives will matter more to white people than they did in 2015. I hope we will trust and believe girls when they say they have been raped, or disadvantaged in the workplace, or that they are not ready to be mothers. I hope my country makes a good decision in the presidential election. I hope Holtzclaw shouts every day for one year.