A diet high in added sugar, impossible to escape in processed foods, has been linked to diabetes, heart disease and possibly cancer 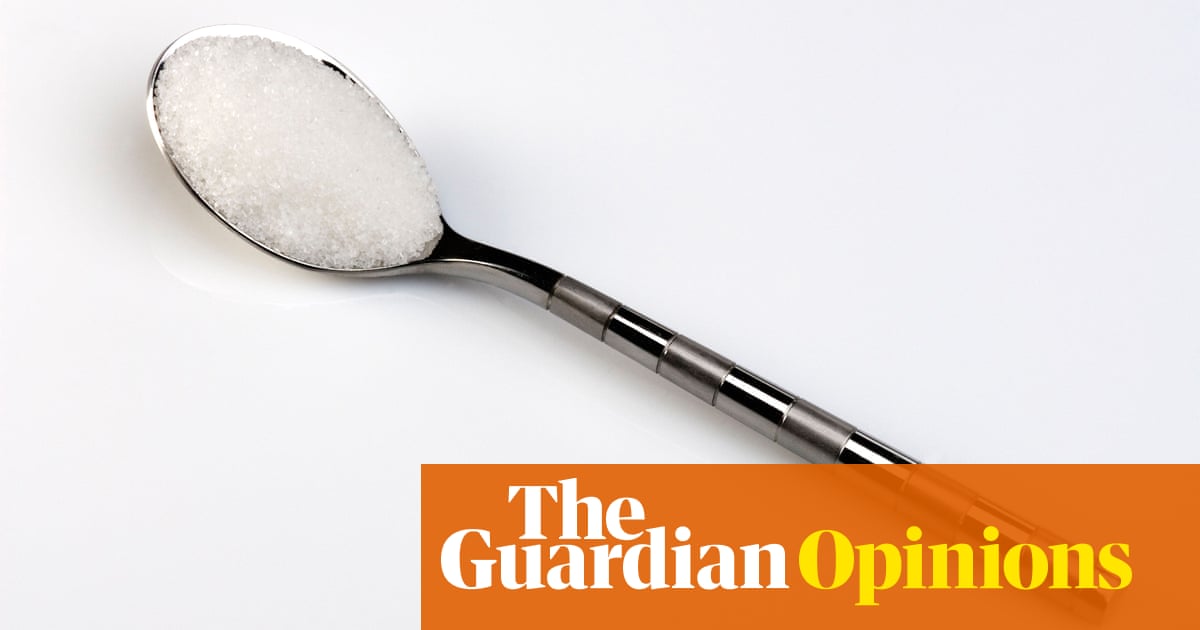 There’s a delectable scene in André Aciman’s latest novel Find Me where three characters sit down to lunch. They have just purchased fresh fish and scallops from the market, plus spinach and wine. On a balcony overlooking Rome, the woman “split open the branzini she had broiled in a cast-iron frying pan, removed their bones, and on a different plate came the spinach and old puntarelle, over which, once we were seated, she sprinkled oil and freshly grated parmesan”.

I read it while eating a 100-calorie Milky Way.

In the United States, where I live, lunch is rarely an elaborate affair. Come to think of it, breakfast and dinner aren’t, either. We like things fast and familiar. It’s no wonder that the average American consumes 17 teaspoons of added sugar each day, according to researchers at the University of California at San Francisco. That’s compared with the American Heart Association’s recommended daily maximum of six teaspoons for women, and nine for men.

Nutrition scientists link a diet high in added sugar – like those multisyllabic sweeteners in soda – to diabetes, heart disease and possibly even some cancers. (Naturally occurring sugar, like the kind that occurs in fruits or milk, doesn’t pose the same concerns.) But so far, public health campaigns have nothing on low-cost convenience or the saccharine-addled brain.

Our unbalanced diet started with a misplaced fear of fat. In the 1940s, researchers discovered a vexing correlation between high-fat diets and high cholesterol. So well-meaning physicians began prescribing patients at risk of heart disease low-fat diets. By the 1960s, historian of science Ann F La Berge writes, this diet “began to be touted … as good for the whole nation”. Come the 1980s, Americans were buying low-fat everything – the war against carbs had been won.

Removing fat from foods required substituting it with something else. In most cases, manufacturers chose sugar. Now, added sugar is all but impossible to escape in processed foods, which account for 58% of the average American’s daily calories. Whether you’re knowingly munching on a death-dealing candy bar like me (three teaspoons of sugar) or unwittingly adding canned sauce to your homemade pasta (also three teaspoons, only half of it from the tomatoes), it’s glucose all the way down.

In recent years, the message has changed: we’re pro-fat and anti-sugar now. In June, the FDA announced it would now require companies to list “Daily Value for Added Sugars” on nutrition labels. Consumers will see the amount of added sugar per serving and its percentage relative to the FDA’s allowance of 12.5 teaspoons, or 10% of the archetypal 2,000-calorie diet. But our food is as sweet (or salty or fatty or otherwise intoxicating) as ever. If everything on the supermarket shelf is equally bad, what does knowing it matter? Knowledge, in the absence of regulations, is often useless. And even regulations don’t necessarily work.

That’s especially true when we consider what sugar does to our brain. People are often too quick to call things other than drugs addictive – whether it’s phones or chocolate bars. But sugar does play with the brain’s reward center. Like sex, drugs or money, a little bit of sugar makes us want more.

It’s easy to long for the vegetable markets and luxurious lunches of Italy. Unfortunately, Americans have exported our diet around the world – a colonization by Cocoa Puffs. Even the “mythical Mediterranean diet”, as Julia Belluz called it in Vox, has been usurped by sugar.

With nowhere to hide, the burden remains on the consumer. Reducing the added sugar in one’s diet is difficult, and success depends on a number of social and environmental factors. But changing what you can is important, so read the labels and try to find fresh alternatives to processed foods. We can’t escape the Milky Way’s orbit, but most of us can at least learn to cook fish.