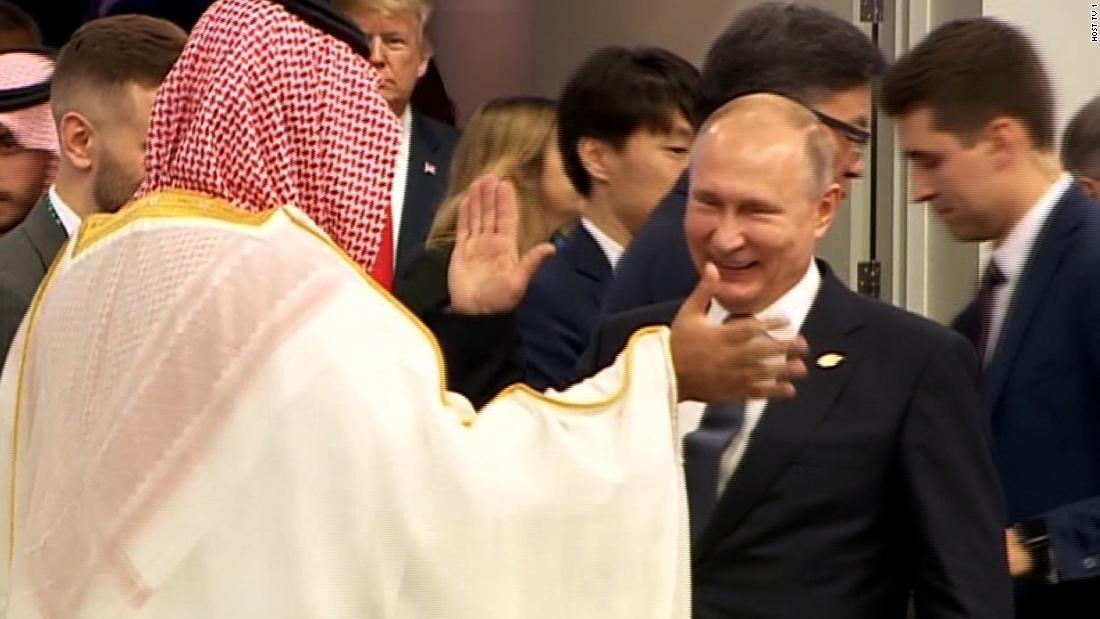 (CNN)A video is worth a thousand words: At the G20 summit in Buenos Aires, Russian President Vladimir Putin and Saudi Crown Prince Mohammed bin Salman can be seen flashing big smiles, laughing and giving each other a robust high five before sitting down for their meeting.

This bizarre image lit up social media. Reporters have been tweeting out jokes about what the two men must have saying. “You would be happy too if you just got away with murder,” wrote Aaron Blake of The Washington Post, as he offered his caption.
But the video is also deadly serious. As these two leaders laugh it up — and are in the process of thawing tensions between their nations by working in partnership to shore up crude oil prices — there is a total absence of moral leadership from America’s President. The video comes out as Americans are still recoiling from the brutal murder of Jamal Khashoggi and on the same day it was reported that the UK authorities believe Putin approved of poison attacks that killed a Briton and harmed a former Russian spy and his daughter. (Saudi officials have insisted that bin Salman had nothing to do with the murder and Putin’s government has said the nerve agent attacks in the UK weren’t its doing.)
It gets directly to the heart of why President Donald Trump’s family business might very well be legal, but it’s certainly not very cool. During the campaign, some now wonder whether his bottom line influenced promises made to foreign leaders. When President Trump told reporters that, “I was allowed to do whatever I wanted during the campaign,” he confirmed some of the worst fears that are circulating in the public.
Despite the paper-thin firewall separating the President from his two sons, who now control the business, there are also deep concerns about what motivated his positions once he was President on Russia’s intervention in the 2016 US election as well as the murder of a Washington Post journalist by Saudi officials allegedly connected to MBS, and whether these stances have fundamentally undermined confidence in America’s leadership role in the world. According to Gallup, only 40% of Americans approve of how Trump has handled foreign affairs.
It is almost impossible to know at this point why President Trump acts the way he does. While this is true of all presidents, rarely have we seen a situation where there have been genuine fears that the administration is being driven by personal economic considerations rather than the public interest or even other sorts of interest group and partisan considerations.
The reason Michael Cohen’s admissions about the negotiations that were going on about the proposed Moscow Trump Tower project during the campaign, which one associate said could have included an offer to give Putin a $50 million suite in the building, is that they raise the big question of whether US policies have been influenced by the President’s thirst for money. (Trump’s lawyer, Rudy Giuliani, dismissed the idea that Trump was aware of discussion of a penthouse for Putin.)
The President didn’t make matters much better when he made a defiant claim to a gaggle of reporters that as a businessman he could do whatever he wanted during the campaign and had the right to look into possible business opportunities until the election was over. If Robert Mueller has been looking for a possible motive that explains the President leaning over backwards to placate Putin at key points in the presidency, he might have found one. 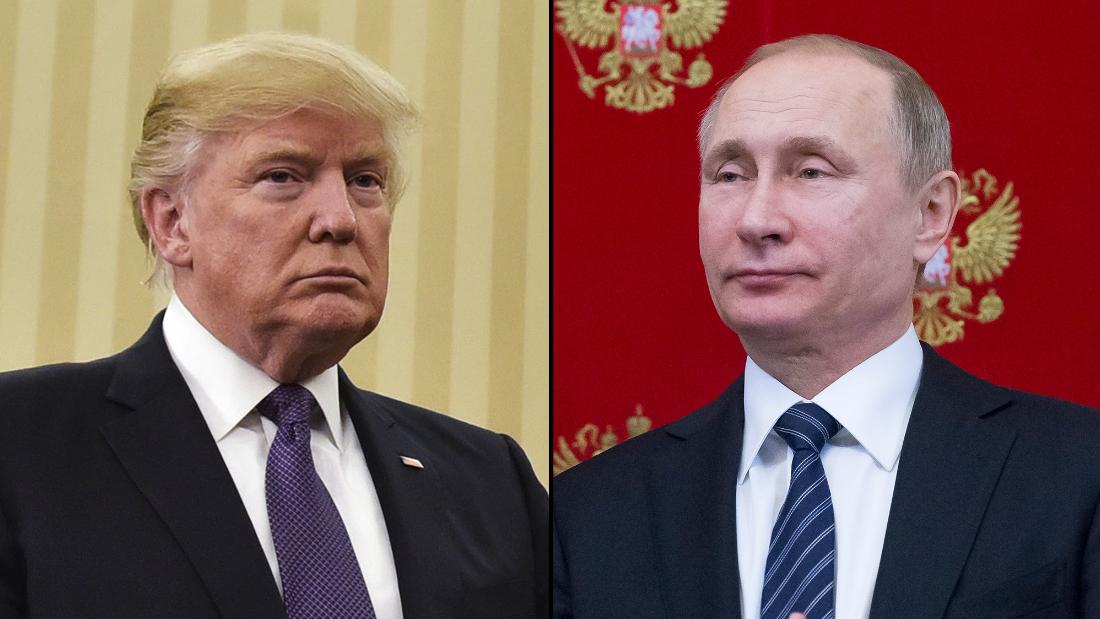 The same questions swirl around the President’s position toward Saudi Arabia. While there are many legitimate reasons why the administration might seek to protect relations with Saudi Arabia and ignore a high-level murder, such as the need for this ally in a turbulent region of the world, it has not been lost on observers that Trump and his son-in-law, Jared Kushner, have real estate interests in New York that benefit from Saudi investment. The Saudis have also been loyal guests in Trump hotels.
The costs of the murky understanding that we have of Trump’s business interests — which stems from his refusal to release his tax returns during the campaign — have been enormously damaging to our ability to evaluate foreign policy.
The new revelations understandably generate concerns about the worst possible form of corruption, namely that the President of the United States may have made big decisions about how to treat other countries based on his personal profit motive. It is as if Gilded Age corruption reached the global stage. If Americans were excited about having a businessman in the Oval Office, they are now learning about the potential costs of this mentality when that entrepreneur refuses to change his outlook on priorities.
Robert Mueller’s final report will be important on a number of levels, such as determining whether there are grounds for impeachment and providing a better understanding of what happened in the 2016 election.

But restoring faith in the foreign policy process is as important as anything else. In certain respects, we are fortunate that the nation has not yet faced a major, immediate foreign policy crisis during Trump’s presidency. If we did, it would be hard for many citizens to have full confidence that the President was acting in the best interests of the nation. Mueller’s report will be pivotal to clearing the air, determining whether there is really nothing there to be concerned about, or providing the kind of data that would be needed for House Democrats to start cleaning up the mess that the President has left behind.
The short video that has made so many people cringe today draws its comedy from our fears and concerns. Why were the two men laughing? Where is President Trump when it comes to their behavior and what causes him to remain so silent? If Trump had greater authority on the world stage, and fewer questions looming about the ethics of his presidency, he would be in much better position to stand firm against the most abhorrent behavior that we have seen — even if still maintaining relations.
Instead, we just see them laughing.