Back in the olden days, well-designed posters were important for telling moviegoers what would give them a good excuse to go to the theater and inhale three boxes of cocaine raisins or lead toffee a few weeks later. But now that the ads before movie trailers on YouTube are other trailers — and every other post on your Facebook feed is a reaction to those trailers — posters have taken on the responsibility of the idiot studio intern whose office is a spider-filled broom closet.

The Heat, if you already flushed memory of it from your brain to make more space for Pokemon Go, was a buddy cop movie starring Sandra Bullock and … M-Melissa … McCarthy? 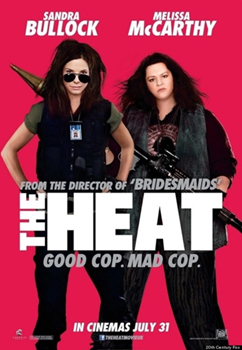 “Yes, it is I, Melis-Sam-Carthy, beloved human entertainer. Can you direct me to our race’s most potent weapons?”

Uh, is that Melissa McCarthy? Because she looks like the bass player for a riot grrrl band based out of your local community college. They didn’t just touch her up on Photoshop — they used the “liposuction” filter. Christ, it looks like the “after” photo in a PSA warning kids away from some horrible new drug. Is The Heat about McCarthy teaming up with Bullock to recover her stolen soul? 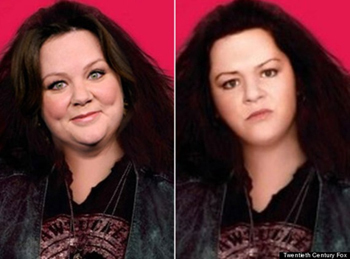 “Can’t we fire her and cast Jenny McCarthy? She’s a hoot, and so wise.”

The greatest trick Now You See Me (or as it was titled in Europe, Ocean’s 11 But With Legerdemain) ever pulled was somehow making $351 million dollars despite the fact that absolutely no one remembers paying to see it. And now there’s a sequel, which boldly predicts that movie-goers will again want to root for a bunch of douchey magicians instead of hoping that a disgruntled dove pecks their nipples off. Even the cast looks like they’d rather be getting indicted for tax fraud than be forced to spend another moment working on the movie. 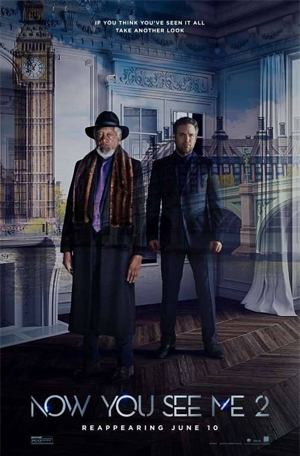 Mark Ruffalo looked way more jazzed on the poster of a movie about child molestation.

Morgan Freeman looks like his granddaughter insisted on playing dress-up with him, even though he was not in the mood. And poor Michael Caine just needs a hug. 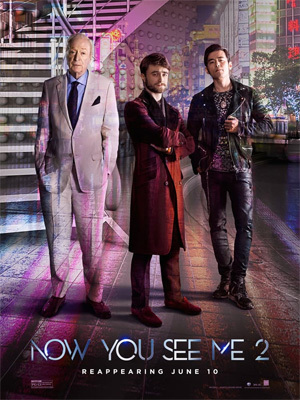 “What Harry Potter number is this, anyway?”

Can’t you hear the long sigh he was in the middle of? It also says a lot that the most enthusiastic cast member yet is the one you probably can’t name. Forcing the whole gang to stand together only makes their misery coalesce into some next-level sadness — kind of like when The Smiths were still together. 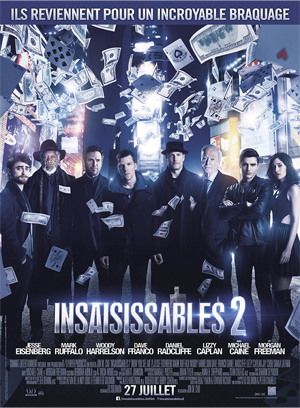 Even the guy who was typing the name of the movie gave up and mashed the keyboard, apparently.

Money is literally raining on them, yet they look like they’ve been told that their best friend drowned trying to save their puppy (who also drowned). Not seeing it? Let’s zoom and enhance:

They look like they’re lining up to record a PSA about prenatal Alzheimer’s.

There are seven very talented actors and a Dave Franco on that poster, and they’ve collectively been able to summon as much enthusiasm for their new movie as an ultra-orthodox Hutterite community who thinks happiness is a sin to begin with and who’ve learned that their butter churn burned down. Daniel Radcliffe is actively holding back tears, Morgan Freeman’s doctor has informed him that his new medication causes erectile dysfunction, Jesse Eisenberg is in the middle of having Batman V. Superman reviews read to him by a stern nun, and Lizzy Caplan looks like she’s being auctioned off as human chattel by the Russian mob. Maybe moving them off to some wacky locale will help? 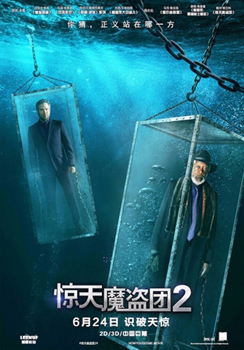 When will Michael Caine learn to stop locking people in water tanks?

#6. I Am Wrath Has No Idea What John Travolta Looks Like

OK, so we don’t want to alarm you, but it seems John Travolta recently merged with Arnold Schwarzenegger to form some sort of Food Terminator. 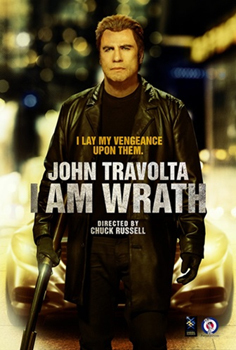 Does … does Scientology have those powers?

But seriously, is this a low-budget Face/Off sequel? Because it looks like they stapled Travolta’s face onto one of those foam heads you keep wigs on. To be fair, since no one has watched a John Travolta movie since Hairspray, you could tell us that he now looks like a beautiful Filipino ribbon dancer and we wouldn’t immediately dismiss you. We’re like 70-60-percent confident that his head hasn’t shrunk into a peanut, though. And yet: 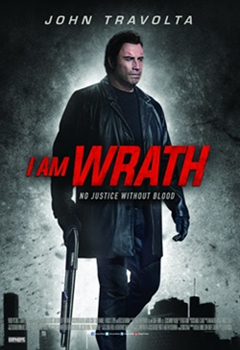 “This summer … John Travolta is .. ZIPPY THE PINHEAD.”

Why is Travolta’s head so tiny if he’s big enough to stomp on all those buildings? And why did his hair change color? Is that his stompin’ ‘do? The hair reverts to its original color in the next one, but … 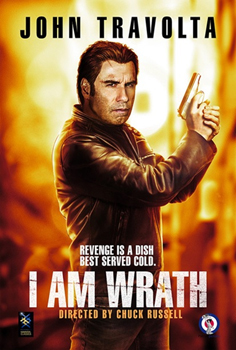 We take it back. This movie doesn’t know what humans look like.

OK, now it looks like he unhinged his jaw, ate a watermelon whole like a vegan snake, and is slowly digesting the melon in the place where his brain used to be. Is John Travolta slowly evolving into an Easter Island stone head? Is he going to get his revenge by headbutting criminals to death? Because we would watch that. Everyone would watch that.

#5. This Poster For Chef Took Less Time To Make Than A Microwave Burrito

The intern who made the international poster for Chef clearly read the plot synopsis as far as the word “chef” and decided he already knew everything he needed to know. “Chefs wear hats … while they make food … food makes me hungry … I’ve got it! I’m going to Arby’s!” Then a spunky (but dead) rat in the studio parking lot finished the job. 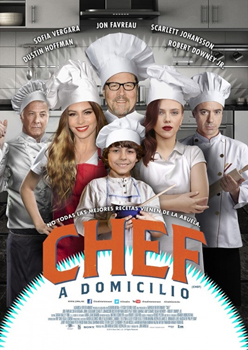 Iron Man 2 was weird as shit in Mexico.

Why is Jon Favreau’s disembodied head floating above the rest of the cast like a culinary Zordon? Is Dustin Hoffman trying to call our attention after having suffered a stroke? Why is he wearing a chef’s outfit when he’s not even a chef in the movie? Why does that question also apply to Sofia Vergara? And also to Robert Downey Jr. — who, in addition to not being a chef, is only in the movie for a few seconds longer than the viewer? Why does he look like he’s about to beat a man to death with that rolling pin?