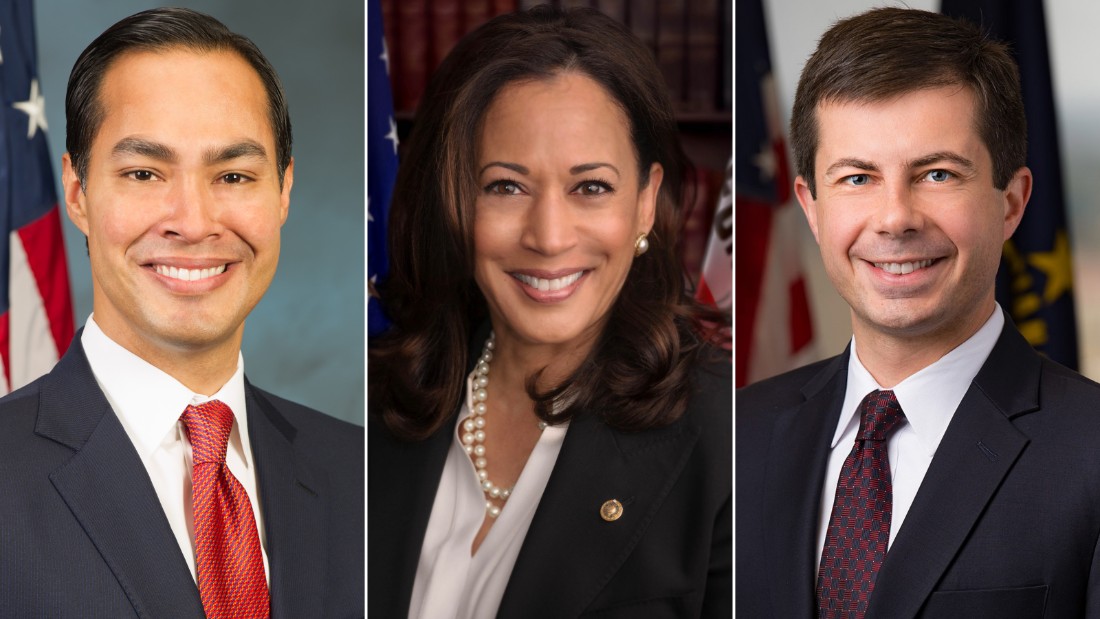 Of those eight, six have either been a member of Congress, governor, held a cabinet position or are polling at 1% or greater in the polls.
The previous high for candidates who met this criteria for a major party nomination was five. That, of course, occurred in 2016 when Ben Carson, Ted Cruz, Carly Fiorina, Bobby Jindal and Marco Rubio all sought the Republican nomination.
Before this cycle, Democrats have had at most three candidates who fit this bill. In 1972 for instance, Shirley Chisholm, Walter Fauntroy and Patsy Mink ran for the presidency. None of them had a realistic shot of winning the nomination. The 1972 record was most recently tied in 2008 when Hillary Clinton, Barack Obama and Bill Richardson all sought the Democratic nomination.
In neither 1972 or 2008, however, did the percentage of diverse candidates who ran exceed 50%. This year 86% of those running on the Democratic side are diverse. While the ultimate share will likely be lower, it still should exceed 50%.
Now, it’s far from a guarantee that Democrats are going to nominate someone who isn’t a white man. Joe Biden and Beto O’Rourke, for example, would start off with a good shot of winning, if they decide to run.
Still, the movement away from white male candidates who identify as straight in Democratic presidential politics is quite noticeable. The last two Democratic nominees for president were Barack Obama and Hillary Clinton. The last straight white man to win the Democratic nomination for president was John Kerry in 2004, after Democrats nominated them in every single prior presidential election since the party was founded.
The diversifying Democratic presidential fields of recent years mirrors a diversifying Democratic Party. In the 2018 midterm, only about 25% of Democratic voters were straight white men, according to exit polls. A majority, about 58%, were women. About 10% of Democratic voters were nonwhite. Nearly 10% of Democratic voters identified as gay, lesbian, bisexual or transgender.
In other words, the Democratic field is so diverse compared to other years past because this year’s field is reflective of its party’s voters for the first time in a very long time.