Rules for distribution of mosquito repellent to women and girls on Medicaid can make getting it difficult, as rest of gulf coast similarly lags behind spread of virus 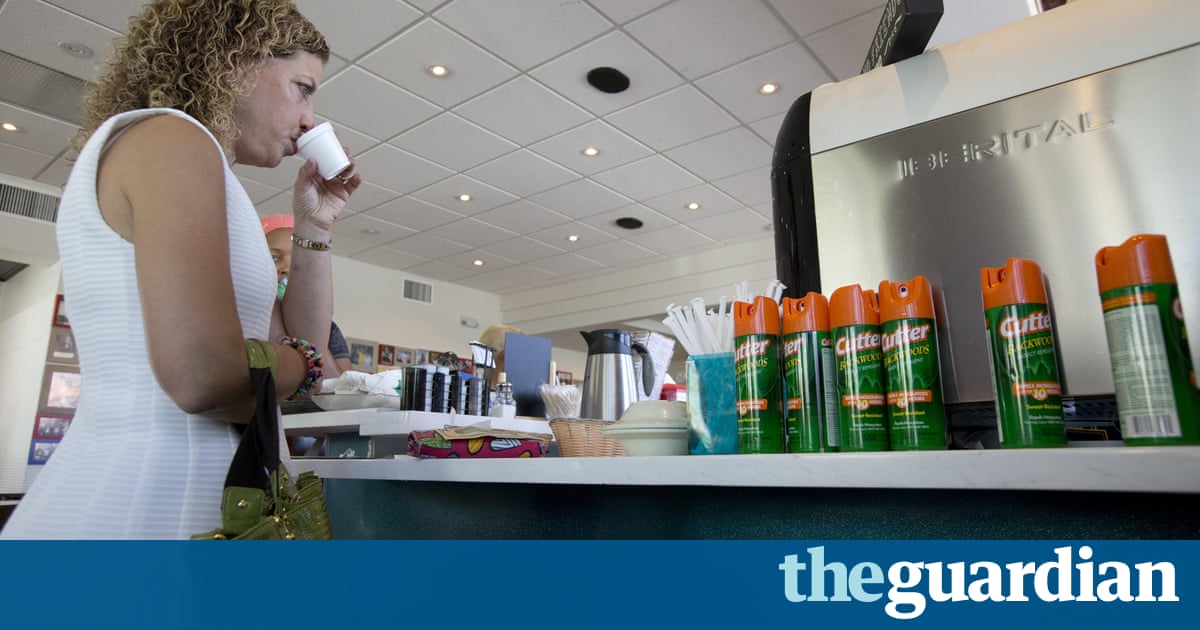 Attempts to provide poor, pregnant women in Texas with mosquito repellent to avoid possible Zika infections are off to a slow start.

Two weeks after the state announced that mosquito repellent would be given out to women and girls on Medicaid, only 1,200 cans have been distributed, equivalent to less than 1% of the roughly 134,000 pregnant women eligible for the product. Only 25 cans of mosquito repellent have been given out to the roughly 92,000 women who qualify for family planning services through the state.

Texas is one of the most vulnerable states to a Zika outbreak. Cities on the gulf coast provide an ideal environment for Aedes aegypti mosquitoes, the viruss vector, and the state has already seen 108 travel-related cases of Zika, including one related to an outbreak in Miami.

The provision of mosquito repellent through these programs is definitely a step in the right direction, and this is something the coalition advocated for, said Alice Bufkin, policy director for the Texas Womens Healthcare Coalition. Absolutely, this is not enough, of course, but it is important that [the state] did it, and now its important to figure out.

In Texas, girls and women aged 10 to 45 on Medicaid and other public health programs can obtain mosquito repellent through a pharmacy. The state issued whats called a standing order in an attempt to make it unnecessary for women to obtain a prescription to get the repellent.

But pharmacies have to opt in to this program, meaning many still legally require prescriptions, including some major chains.

Anything Im dispensing requires a prescription, its just as simple as that, said Vincent Omo, a CVS pharmacist in Brownsville, Texas, a town that borders Mexico along the gulf coast.

When Stephanie Trbula, a pharmacist at Cobbs, a small pharmacy in a small town near Corpus Christi, heard about the program, she immediately contacted Medicaid to receive information about the standing order and was able to put it into effect that same day. She put up advertisements outside her familys store and on Facebook, and called the local school nurse to let more people know about the program.

Trbula has had a number of people on Medicaid ask about the mosquito repellent for young children or the elderly, but so far no one has been eligible. Though her customers understood why the eligibility requirements were targeting pregnant women, they were hoping it was for all ages, she said.

Trbulas community hasnt had any cases yet, but she said people expect that Zika will be arriving in the area soon. The mosquitoes around here are horrible right now. We have had so much rain in the past couple weeks that theres standing water that has been there for weeks now, she said. The mosquitoes seem to be enormous. And I know all around us theyre starting to see cases of Zika virus going into the hospital in San Antonio, Houston, so I know that its just a matter of time before its in our area as well.

She is concerned for her pregnant sister-in-law in Austin, telling her to wear Deet, the preferred ingredient in mosquito repellent, and to keep protected since right now they dont have anything other than prevention.

But Texas women can only obtain two cans a month through 31 October, one at a time, meaning refills require two trips to the pharmacy and potentially two prescriptions.

Theres still pharmacies out there who are not aware of the program, or who is covered or what is covered, said Dr Sharon Davis, the chief medical officer of Los Barrios Unidos, a group of family clinics in West Dallas and Grand Prairie, Texas. Davis said she had done spot calls the same morning checking in on individual pharmacies about it.

Most of our patients, Id say 90%, are Hispanic and were really at high risk because a lot of patient population either travels or they may have a spouse that travels to Mexico, South America, things like that, she said. And because its sexually transmitted, we really have to have everyone know about it.

Dr Peter Hotez, dean of the National School of Tropical Medicine at Baylor College of Medicine, said the measure was at least a start. That the benefit is ending soon is because arbovirus season in Texas and most of the southern part of the United States kind of ends by then, so this is the crunch time right now.

Personally, if we could afford it, I would like to see free Deet provided for all women, Hotez said.

He is particularly concerned for women who are low income but do not qualify for Medicaid, and may have difficulty getting to a doctor if their pharmacy requires a prescription. In the past, Hotez has argued that children may be equally susceptible to the disease. He suggested that monitoring cases of Zika to see where transmission occurred and control of Aedes aegypti are also critical measures.

In Texas, 3.6 million men, women and children qualify for public health insurance under the states very strict income requirements. As of October 2013, the most recent data available, about 134,000 of those people were pregnant women.

Because of the austere requirements, the majority of people covered under Texass Medicaid program are probably already pregnant or are children. This could be problematic, as scientists believe the most dangerous time for a fetus to be exposed to Zika is in the first trimester.

The only able-bodied adults eligible for Medicaid (who are not pregnant) are those who care for at least one child. For the parents of a family of four to qualify, the household needs to take home less than $227 a month.

However, children in low-income families are far more likely to qualify, as are pregnant women. A child in a two-parent household would qualify if the parents made less than $1,842 a month. A single pregnant woman could qualify for Medicaid if she made $1,991 or less a month, and would be covered until two months after the birth of her child.

The US Department of Health and Human Services actually approved the use of Medicaid for mosquito repellent in June, but states along the gulf coast didnt start the programs until August, after Florida had local transmissions.

For example, the first four domestically acquired cases of Zika were identified in the Wynwood neighborhood of Miami on 29 July. The Mississippi division of Medicaid announced it would cover mosquito repellent on 1 August; by that time the total number of infections had risen to 14.

Texas announced it would provide mosquito repellent through Medicaid two days later. On 9 August, when the number of locally acquired Zika cases in Florida hit 21, the state announced it would provide mosquito repellent to Medicaid recipients, but people would need to call one of 15 providers to determine if they were eligible.

One of the only gulf coast states Medicaid programs to begin distributing mosquito repellent in June was Louisiana, though recipients there needed a prescription and could only obtain one can a month.

In Texas, other gaps exist as well. Men on Medicaid will not be eligible for mosquito repellent, despite the fact that Zika can be transmitted sexually.

The roughly 4.6 million Texans or roughly 17% of the states population who dont have health insurance wont be able to obtain mosquito repellent as a benefit. Undocumented immigrants, who number roughly 1.6 million in Texas and who are eligible for neither Medicaid programs nor Obamacare, will also not receive mosquito repellent as a medical benefit.