Motivated by the rise of Donald Trump, female candidates, including Jana Lynne Sanchez and Laura Moser, hope to retake the House and offer resistance to his administration 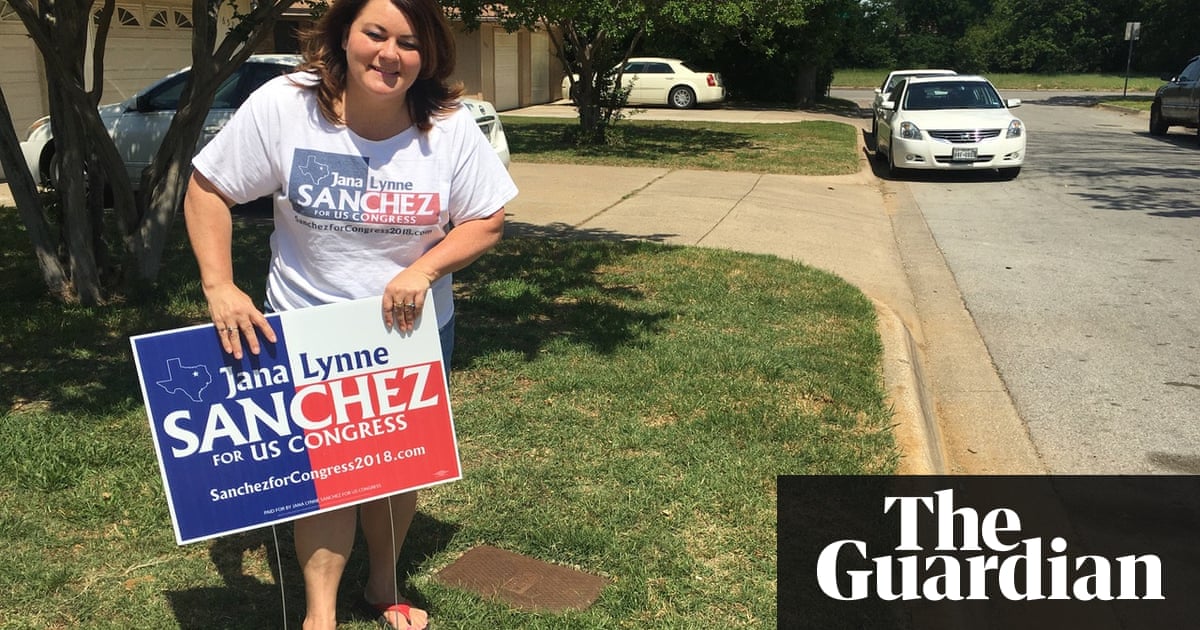 For Jana Lynne Sanchez, America’s new dawn felt like a plunge into darkness. She recalls exchanging stunned messages with friends in the hours after the result of the 2016 election was known. Now, she’s spending much of her time talking to strangers.

Sanchez is one of many first-time female candidates motivated by the rise of Donald Trump and aiming to surf the so-called “blue wave” that, Democrats hope, will see the party retake the House and offer meaningful resistance to the real-estate mogul’s administration.

Because she lives in small-town Texas, Sanchez knows this wave will not be a tsunami, submerging Republicans in November’s midterms. The electorate is more energised than normal but she still has to provide the spark. And so on a recent Sunday afternoon in suburban Fort Worth, she set out to make the kind of below-the-surface moves that might just make the difference: going from home to home, working from a dated database of likely Democratic voters.

When there was no answer, Sanchez scribbled a message with her phone number on a hanger and attached it to a door handle. When a door opened, she spent almost as much time correcting contact details as she did asking if she could count on residents’ votes in the runoff on 22 May.

It was a reminder that the wheels of the Democratic machine could use some grease. Texas’s sixth district stretches from Fort Worth and Arlington near Dallas south-east for about 100 miles into rural parts like Navarro County, where Trump harvested 73% of the vote.

Any Democrat cannot hope to win purely on anti-Trump momentum. Sanchez does not mention the president in speeches. A campaign video shows her shooting a handgun and wearing cowboy boots with a Texas flag motif. “I’m an entrepreneur, a Christian, a gun owner and a Democrat,” the voiceover says. She is in favour of renewable energy and affordable healthcare and reforming criminal justice and immigration.

The Republican incumbent, Joe Barton, has held the sixth since 1984. In 2016 he finished more than 19% ahead of the Democrat, Ruby Faye Woolridge, who will face Sanchez in the run-off.

But Barton is not seeking re-election, after a nude photograph of him appeared on the internet, leading to reports in the Washington Post that while separated from his wife he sent sexually explicit messages and video to a woman he met on Facebook then threatened to report her to police.

So this might yet be the right time for Sanchez, one of about 25 female Texas Democrats in a support group called Women on Fire. Some voters have told her they will only choose a man if there are no women on the ballot.

Sanchez or Woolridge will battle Jake Ellzey, a former navy pilot, or Ron Wright, Barton’s former chief of staff. Wright is best known for adding “In God We Trust” to paperwork as a county tax collector and citing Hitler when discouraging fundraising linked to Planned Parenthood.

Texas sends 36 representatives and two senators to Congress: currently, 11 are Democrats. Three of the 38 are women, a far lower proportion than for Congress as a whole, which is only about 20% female. Neither party has sent a new congresswoman to Washington from Texas for a full term since 1996.

But this is an unprecedented year for Democratic women in Texas. In the House races, the field of 40 primary hopefuls was four times bigger than in 2016. With seven female versus male runoffs ahead, 15 women have made it to November’s election compared with 14 men out of 68 primary candidates. Among Republicans the numbers are almost unchanged: 76 men and 10 women, leading, so far, to a field of 28 men and two women.

Sanchez’s grandfather was an undocumented farm worker from Mexico; her father was one of 27 children. Born in the sixth, she lived for 18 years in Britain and the Netherlands, working as a journalist and co-founding a PR firm. When she returned to Texas she was alarmed.

“My family, despite being Hispanic, are Trump supporters for the most part,” she said.