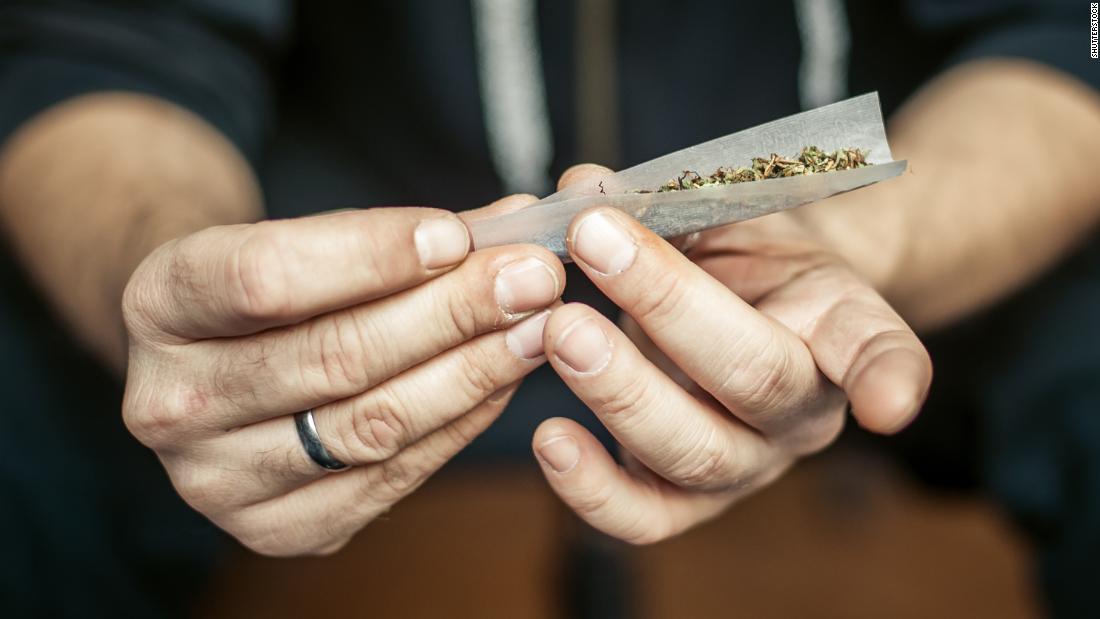 San Francisco (CNN Business)As a growing number of states legalize cannabis, health officials are increasingly sounding the alarm for technology that can quickly determine when drivers are stoned.

Still, others are quick to caution the answer is not that simple. Critics note the technology must detect recent cannabis use and also prove that cannabis in a person’s system impaired his or her driving. A cannabis breathalyzer that does both of those things has proven elusive, because, unlike alcohol, cannabis can stay in people’s bodies long after their “high” has worn off. 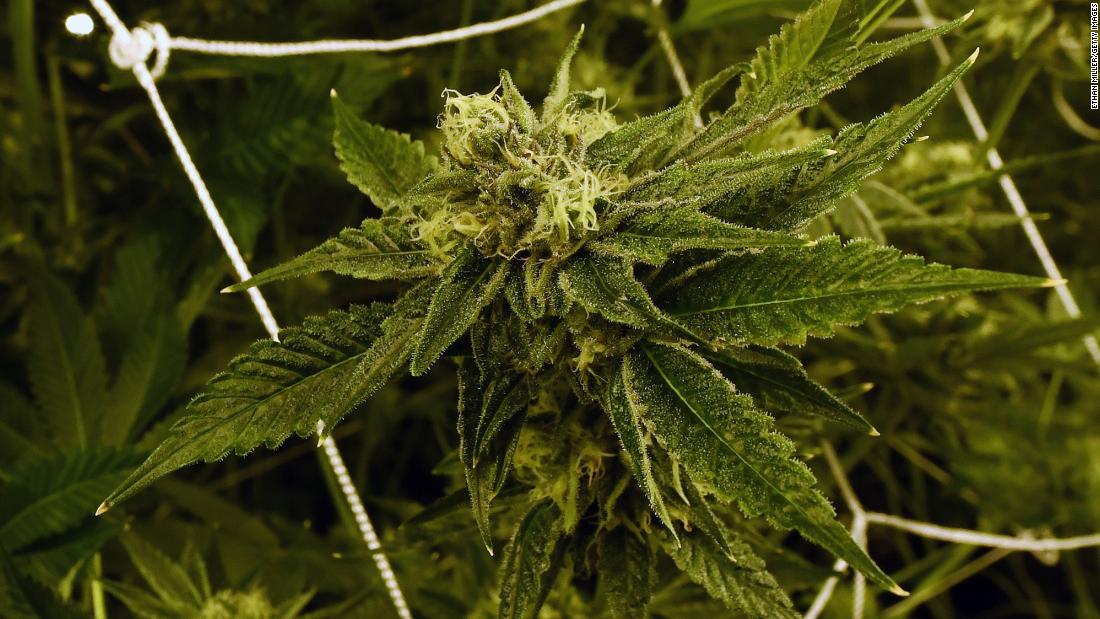 “We’re applying the alcohol rules to a substance that doesn’t play by them,” said Nick Morrow, a retired Los Angeles Sheriff’s Department narcotics investigator who now serves as an expert witness in areas such as drug symptomology and field sobriety testing.
Some legalization advocates and lawmakers want cannabis to be regulated like alcohol and a handful of states have established “per se” limits making it inherently illegal to drive with specific concentrations of the psychoactive cannabis compound delta-9-tetrahydrocannabinol (THC) in one’s system. Although the effects of alcohol have been extensively researched, the same can’t be said for cannabis.
Some studies have shown that cannabis consumption can affect response times and motor performance; however, research remains limited and there isn’t conclusive evidence of how cannabis affects people and how to classify impairment.
“The National Transportation Safety Board has advised that ‘about two alcoholic drinks’ within an hour will cause a 160-pound male to experience decline in visual functions and in the ability to perform two tasks at the same time,” wrote David Randall Peterman, Congressional Research Service transportation analyst, in a May 2019 report on cannabis use and driving. “Based on current knowledge and enforcement capabilities, it is not possible to articulate a similarly simple level or rate of marijuana consumption and a corresponding effect on driving ability.”

How cannabis can be detected in breath

Yet several companies and scientists say they’re close to a breakthrough: They’ve made advancements in detecting and capturing THC in breath, where it can linger for two to three hours.
In July, Clinical Chemistry published the findings of a University of California-San Francisco study that showed THC could be detected in breath for up to three hours after smoking and that there’s a correlation between THC concentrations and blood concentrations for that initial period. The study was sponsored by Oakland, California-based Hound Labs, a venture capital-backed company that has raised $65 million to develop a dual alcohol and THC breathalyzer. 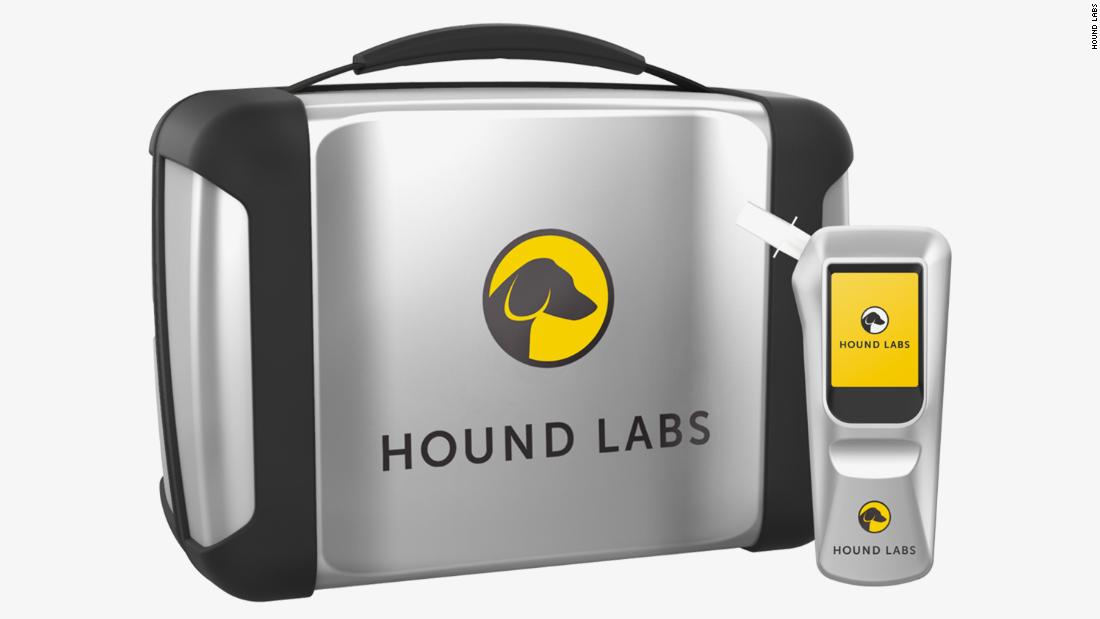 After a person blows into the handheld Hound device for two minutes, the cartridge is read in a separate bay that acts like a mini mass spectrometer, which can measure the mass and concentration of specific molecules. If THC is detected, the word “warning” will display on the screen. The Hound device is intended to capture and measure tiny particles of THC in human breath to help determine if someone consumed cannabis in the two-to-three hours prior to testing.
“We aren’t measuring impairment, we’re measuring THC in breath where it lasts a very short period of time, providing objective data about THC in breath to law enforcement and employers to use in conjunction with other information they have gathered,” said Hound Labs founder Mike Lynn, an emergency room doctor, reserve deputy sheriff and venture capitalist.

The problems with testing drivers for cannabis

Cannabis compounds, notably THC, don’t behave like alcohol does in the body. Alcohol is classified as a depressant that can slow down the nervous system. It’s quickly absorbed in the blood and metabolized quickly, according to the CRS report.
Cannabis has a complex interplay with the body’s endocannabinoid system, and its effects can be either immediate or delayed depending on the form of consumption. THC potency can vary in strains and in products. Hybrid strains can be bred to enhance certain effects such as pain relief, anxiety reduction and muscle spasticity, Morrow said, adding that people can have different reactions to cannabis’ effects.
Minimal research exists on how cannabis affects driving. Although some of the most notable cannabis research has occurred in Israel, there are longstanding complaints that federal research in the US has been hindered by low-potency and poor-quality cannabis samples.
It’s yet to be determined exactly how the hundreds of other compounds in the cannabis plant could potentially affect the testing processes.
Further complicating matters are attitudes that it’s safer to drive while high than it is drunk.
It’s been difficult to detect and capture THC in breath, leading to some skepticism about the accuracy of the early stage breathalyzers. A battery of peer-review studies showing the devices in action would go a long way, said Brian Clowers, an associate professor of chemistry at Washington State University.
The elephant in the room remains that the devices do not determine impairment. Someone could conceivably use or consume a small dose without being high, yet still could have THC detected in their breath.
Because pass-fail tests do not prove impairment, that can create problems for patients in the more than 30 US states where cannabis is a legal medicine, said Benton Bodamer, an M&A, private equity and cannabis attorney at Dickinson Wright’s office in Columbus, Ohio.
“That’s a recipe for a public health disaster,” he said. “There’s not a pass/fail opioid breathalyzer, so why would some different rules apply in the context of medical cannabis?”
Additionally, even the seemingly tried-and-true drug and alcohol tests haven’t been completely foolproof and some states have tossed driving-under-the-influence convictions for technology failures such as poor calibration. 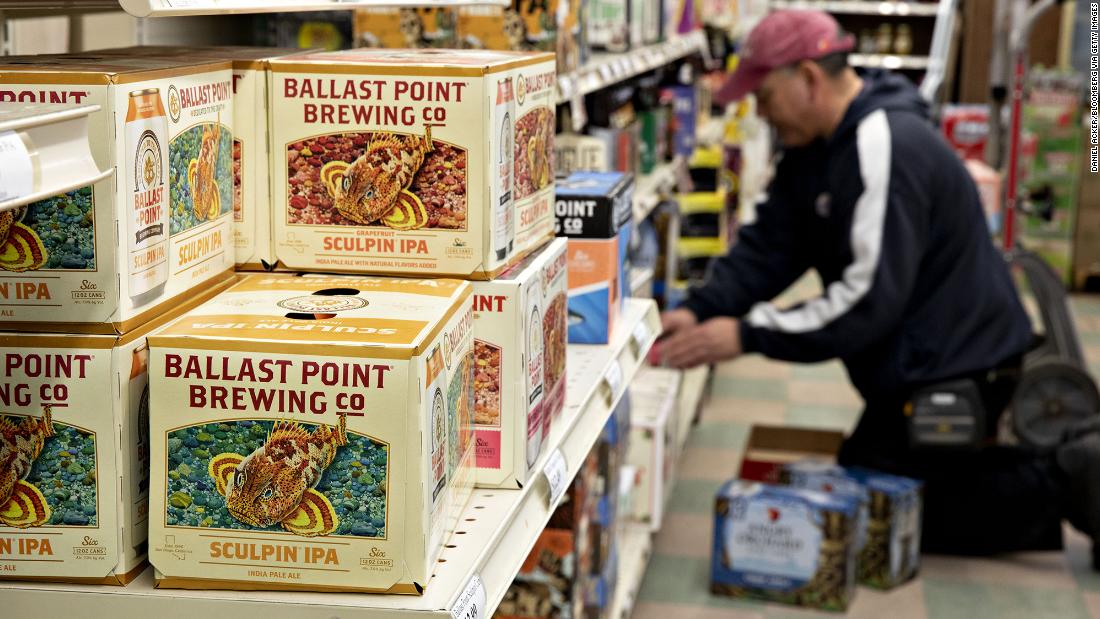 “Scientific precision requires the absence of bias, for example,” he said. “One look at the mass prosecution, conviction, and incarceration of communities of color for simple non-violent drug possession shows how that particular story ends.”
And the issue of impairment is not limited to cannabis.
“Anybody who believes you’re going to look at alcohol or other drugs in a vacuum is mistaken,” said Sheriff Justin Smith, of Larimer County in northern Colorado. Smith said that his office continues to see more incidences in which suspects were under the influence of multiple drugs.
Some polydrug tests have been increasingly adopted following cannabis legalization. That’s been the case for healthcare company Abbott’s SoToxa rapid mobile drug screening test. The handheld device, which analyzes a saliva sample in five minutes, is being used in Canada, Spain and US states such as Michigan, Alabama and Oklahoma, said Fred Delfino, Abbott’s senior law enforcement liaison.
“Because marijuana isn’t the only drug that can cause impairment, Abbott has engineered SoToxa to detect if someone has also recently used cocaine, opiates, benzodiazepines, amphetamines, and methamphetamine, in addition to marijuana,” he said via email.
Colorado and other states that legalized cannabis are also turning to Drug Recognition Experts, law enforcement officers that undergo special training to help determine if a person is too impaired to drive.

When cannabis breathalyzers will become available

Research is ongoing. Some scientists are looking at non-traditional and less-invasive roadside approaches to detect impairment from cannabis and other substances.
“There’s a really strong push in the field to see what we can do to better determine impairment and behavioral function rather than just rely on fluid measures,” said Thomas Marcotte, the co-director of the Center for Medicinal Cannabis Research at UC-San Diego.
In the state-funded study at UCSD, scientists are researching whether cognitive assessments on an iPad could aid in field sobriety tests for cannabis-impaired driving. Other clinical trials under way include the establishment of cannabis-specific field sobriety tests and the development of virtual-reality-enabled eye-movement sensors.
Research takes time, but there’s a kneejerk reaction to want to implement newly created devices, said Morrow, the former narcotics investigator. Technology and toxicology are not always the answers, he said.
“Under the influence signs are not necessarily proof of impairment. Use of marijuana is not a crime. You can drive with bloodshot eyes. You can drive smelling like marijuana. You can drive with an elevated pulse or slightly dilated pupils,” he said. “Under the influence signs along with clear evidence of physical and mental impairment sufficient to affect the operation of a motor vehicle are what is necessary to competently opine a person is impaired due to a particular substance.”
If the Hound breathalyzers make their way to market early next year as announced, they initially could see more use on job sites than the roadside. Companies across a variety of industries — and especially those in which workers use vehicles or heavy machinery — expressed interest in the device, Lynn said.
Hound Labs’ digital drug sniffer is touted as leading the pack, but other breathalyzer devices appear not to be far behind.
Earlier this year, University of Pittsburgh researchers announced they advanced a technology previously used to analyze and identify breath biomarkers for asthma, halitosis and diabetes. Professors Alexander Star and Ervin Sejdic used carbon nanotubes and machine learning to ferret out THC molecules in breath. 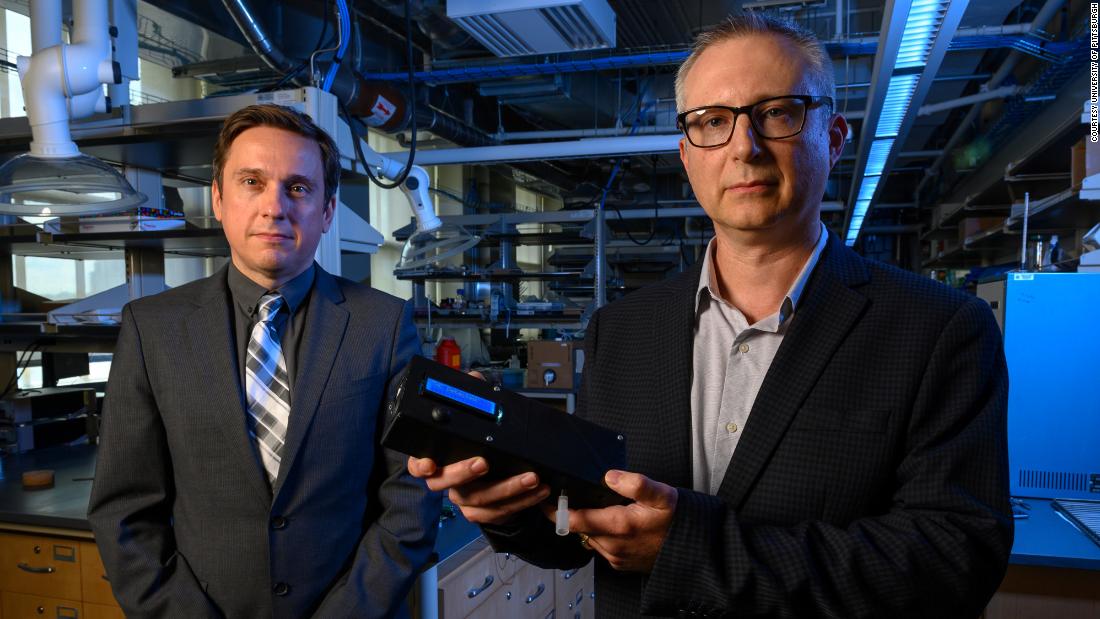 The handheld device is designed to measure the electrical resistance of semiconductor-enriched carbon nanotubes that are 100,000 times smaller than a human hair and are good at conducting electricity. THC and other compounds bind to the surface and change the electrical acoustics.
A mathematical algorithm was applied to increasingly select THC over other more volatile components found within breath such as carbon dioxide, water and ethanol. The Pitt crew’s findings were published in the American Chemical Society’s ACS Sensors journal in July.
“The device is more or less ready [for a company to commercialize it],” Sejdic said.
Drug testing company Lifeloc Technologies (LCTC) earmarked real-time drug tests, notably a THC breathalyzer, as a top priority for research and development dollars. Dräger, an industry leader in the drug testing field, was watching closely as to how this area develops, Brian Shaffer, a company spokesman, told CNN Business last fall.
And several breathalyzer technologies are under development in Canada, where adult-use cannabis was legalized in 2018. Nanotechnology is the backbone for startup SannTek Labs’ handheld breath test. Cannabix Technologies (BLOZF) is partnering with researchers at the University of Florida and the University of British Columbia to develop two THC breathalyzer devices, including one that that potentially could be 3D-printed.
“It’ll likely be that there will not be one de facto technology,” said Rav Mlait, Cannabix’s chief executive officer.