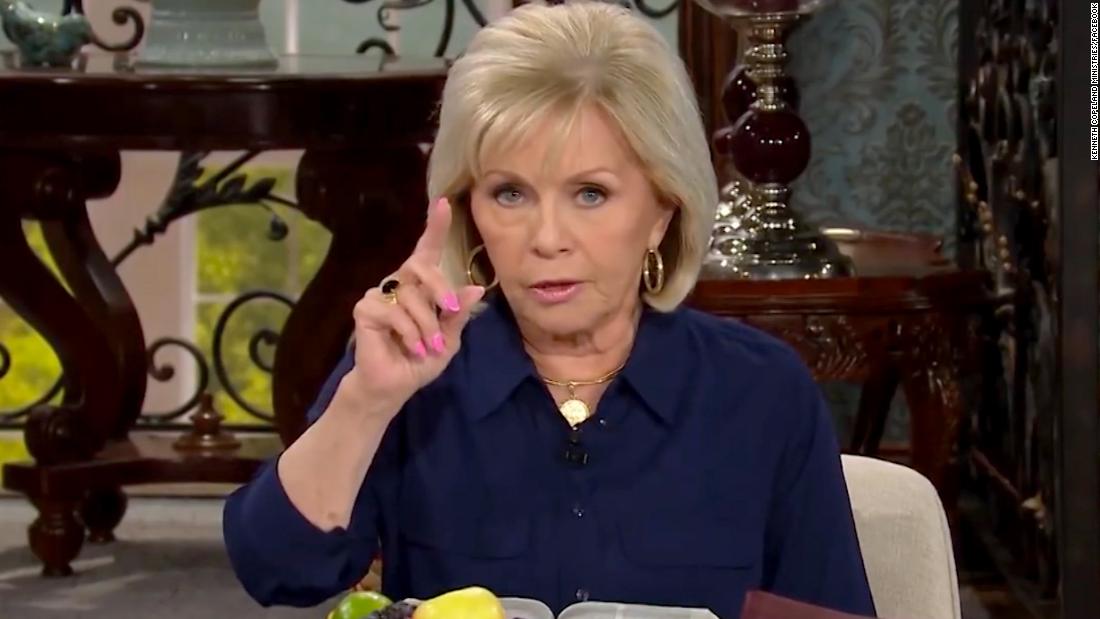 Washington (CNN)A televangelist with ties toPresident Donald Trump says you don’t need a flu vaccine if you have Jesus Christ.

Copeland, who works with her husband at Kenneth Copeland Ministries in Texas, said to followers in the clip: “Inoculate yourself with the word of God.”
By praying and saying “I’ll never have the flu. I’ll never have the flu,” Copeland says followers can ward off the virus.
“Flu, I bind you off of the people in the name of Jesus,” she continued, adding, “Jesus himself gave us the flu shot. He redeemed us from the curse of flu, and we receive it and we take it, and we are healed by his stripes, amen.”
The Copelands were among the more than two dozen advisers on the Trump campaign’s advisory board. Ahead of the 2016 election, Kenneth Copeland said that Christians who don’t vote for Trump “are going to be guilty of murder,” are “guilty of an abomination to God,” and are “guilty of every baby that’s aborted,” in video posted by Right Wing Watch.
In 2013, there was a measles outbreak in Texas that state officials tied to the Eagle Mountain International Church, which is run by Kenneth Copeland Ministries. At the time, the church was linking vaccinations to autism and teaching parents how to access vaccination exemption forms.
The White House referred a request for comment about Copeland’s remarks to the Centers for Disease Control and Prevention’s recommendation for getting flu shots.
Influenza and pneumonia-related deaths for this flu season are now categorized as an epidemic, according to the CDC.
There were 14,676 laboratory-confirmed flu-related hospitalizations reported from October 1 to January 27. The number of people infected with influenza is believed to be much higher because not everyone goes to their doctor when they are sick, nor do doctors test every patient.
Fifty-three children have died from the flu since the start of the 2017-18 flu season, according to the CDC.