Anyone who comes across a lost item that isn’t theirs knows the right thing to do is return it to the owner—or at least find someone who might have a better chance of connecting with the owner.

We all know that, but unfortunately we live in a world where the right thing isn’t always the common thing.

Stephanie Robertson-King knows that unfortunate fact to be true.

So when her daughter called to say she had left her wallet on the bus, Stephanie knew better than to get her hopes up of ever seeing it again.

“Yesterday Baby Girl calls dad crying—she left her wallet on the bus!” she writes on Facebook. “We’re all upset and she naively asks if she’ll get it back. Not wanting to crush her spirit anymore—I admitted it was highly unlikely.”

When Stephanie got home, she saw a young man banging on her door.

“Can I help you?” she asked

He told her he was looking for Stephanie’s daughter, AK.

“So who are you?” Stephanie pressed.

“I found her wallet on the bus and wanted to return it,” he replies. “Everything is still in it, even the money. It happened to me a few weeks ago and I know how bad it feels.” 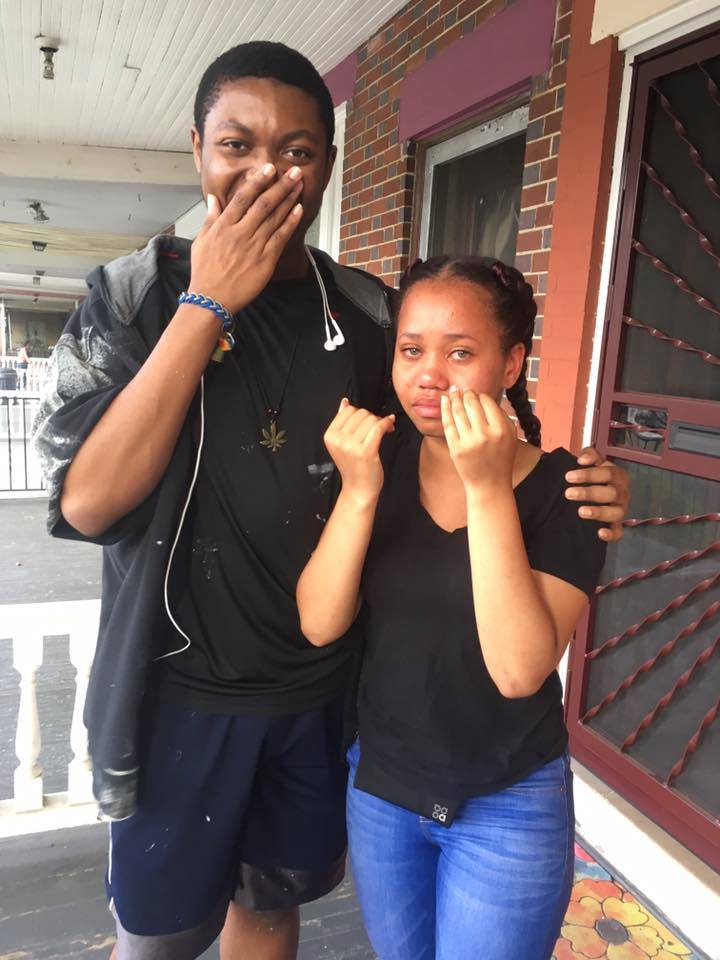 Stephanie’s husband took money out of his wallet and gave they young man what he had.

“I couldn’t let him go, we talked, he touched my heart some more so I reached into her wallet and gave him the $20 that was sitting there!”

The young man’s name was Baxter. He’s 19 years old and goes to school in New York.

What’s better is that he also happens to be the son of a co-worker of Stephanie’s.

“This gesture has doused my cynicism and restored my faith.”

Writing to Baxter’s parents, Stephanie informs Mr. & Mrs. Charles Perkins that they should be very “proud” of the young man they’ve raised.

“AND,” she closes, “he has become an honorary member of our family.”

Baxter simply did the right thing—what he would have wanted another person to do for him. Unfortunately, we don’t always have the pleasure of living in a world where everyone does the right thing, so it’s a praise-worthy moment when someone does.

It restores our faith in humanity, and reminds us that there ARE good people in the world.