Senator who won 600 delegates speaks to Texas state convention, not mentioning presumptive nominee in vows to pull US back from abyss 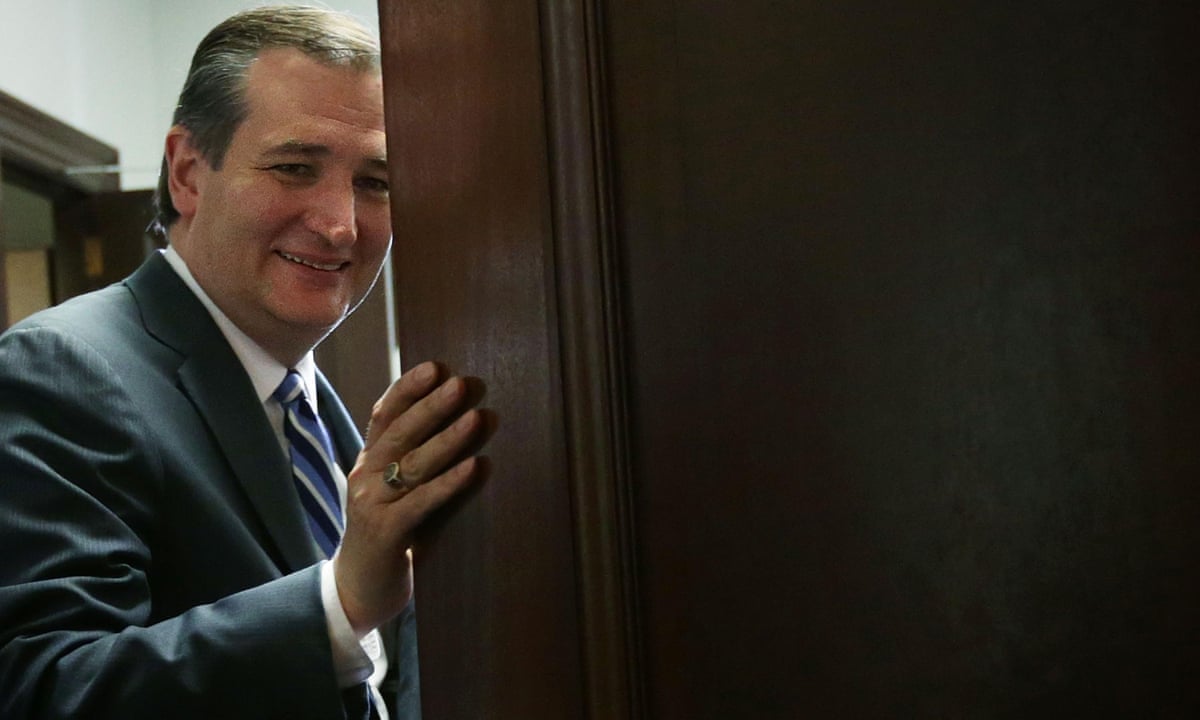 Ted Cruz dared not speak the name of the man who defeated him for the Republican nomination for president on Saturday, avoiding mention of the candidate he once called both terrific and a buffoon and instead telling Texans he would fight on in the vanguard of a far-right conservative movement.

The only Republican who had a chance at preventing Donald Trump from securing the nomination, Cruz did not use the presumptive nominees name once in his keynote speech to Texas Republicans at their state convention. But he did allude to the deep unease, and in some quarters overwhelming repulsion, that many Republicans feel about having the former reality TV star represent their party.

Some are asking, What now? the Texas senator said. I dont know what the future will hold, but I want to encourage each of you to have hope.

He added: For those who are discouraged, let me simply say this: truth will prevail.

Cruz defeated Trump in Texas, amassed nearly 550 delegates that will go to the partys national convention in July, and for a time seemed likely to at least prevent Trump from clinching the nomination before the national convention. In the early months of the primary, he praised Trump and let other candidates wither under the businessmans personal attacks.

But Cruz was overwhelmed in north-eastern states where his ultraconservative views earned scorn, and Trump eventually branded him Lyin Ted for his campaigns false claims about another candidate and its backroom machinations.

In the final days of Cruzs campaign, he could hardly find support in states thought to be sympathetic to his message. He was heckled by a child, mocked to his face by voters, and contended with a baseless tabloid story surfaced by Trump that associated his father with the assassination of John F Kennedy.

Hours before dropping out of the race, Cruz finally abandoned any pretense of civility and declared Trump an amoral pathological liar who threatened to take the US into the abyss.

On Saturday he again hinted at Trump with such language, saying he would lead in this battle to pull America back from the abyss.

The senator has so far refused to support Trump, though during the primary he repeatedly said he would support the nominee. He told the Texas Tribune on Saturday he was watching and listening, but added: I dont have anything else to say about Donald Trump.

During his speech, Cruz also alluded to the way the Republican party has splintered in recent months between hardline conservatives who back Cruz, corporate or establishment Republicans who dislike the senator and support conventional candidates, and the new base of less ideological voters who have elected Trump. Those factions face a difficult reconciliation, and Cruz referred to growing challenges in the weeks ahead.

He spoke of the party in quasi-religious tones, as if it were facing an apocalyptic purge, and returned to his theme when he said his conservative movement will be the remnant, will be the core of pulling this country back from the abyss.

I am convinced with my soul God is not done with America yet, Cruz said. Im gonna devote my time, my energy, to mobilizing we the people, this movement, that believes in commonsense conservative principles.

Cruz could still have considerable influence at the convention in July, using his delegates to change the rules and pull the party platform to the right. On Saturday, he only promised to work for conservative principles in the Senate, which he suggested should not do the work of making laws.

The federal government needs to leave us the heck alone, he said. Secure the border, deliver the mail and keep us safe: thats it!

There is nothing in the constitution that gives the president the power to be the bathroom police in this country, he said.

Cruz instead supports a state-level law that bars transgender people from using the bathroom they identify with, a law state police have said they do not know how to enforce.

The senator gave a religious rationale for his argument that government has virtually no place in society, saying: Our rights dont come from government they come from God almighty.

He promised to renew his fight for religious freedom protections in the Senate, where for years his colleagues have heard his uncompromising, evangelical-inspired views with exasperation.

Earlier this week, he joked at a party lunch: To be honest with you, I didnt want to come back.

Senator John McCain, the Republicans 2008 nominee, had a ready reply: We didnt really want you back, either.