The ultra-conservative politician has once again made himself look foolish while invoking the cartoon. But you have got to love his cultural masochism 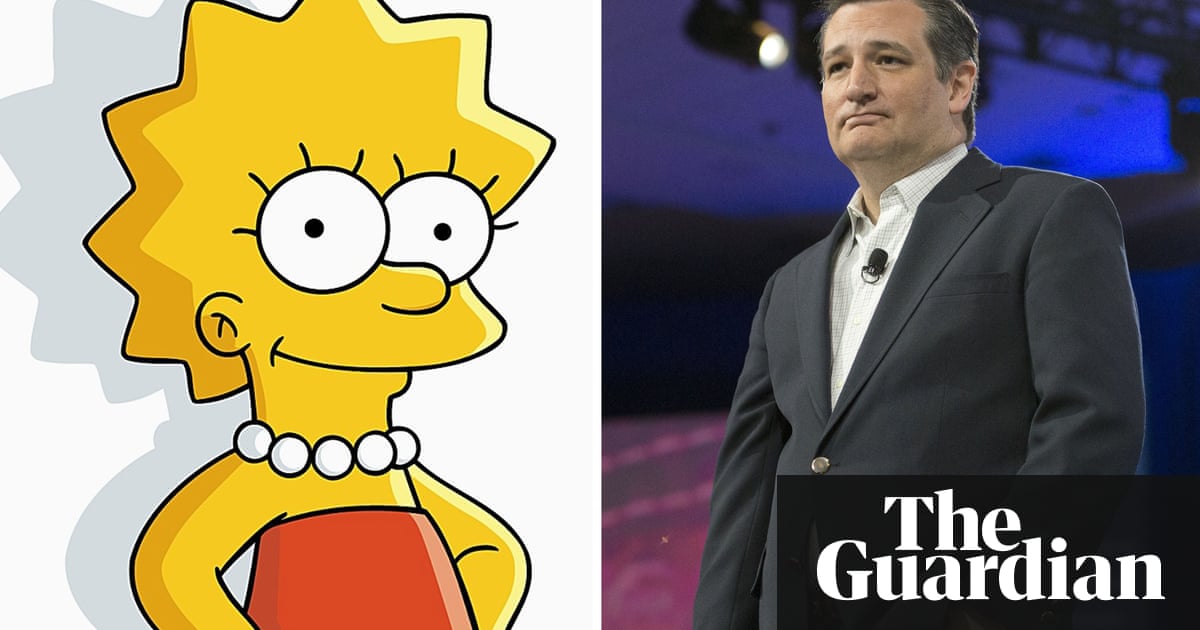 To listen to Ted Cruz discuss The Simpsons at this week’s Conservative Political Action Conference is to witness a man who does not deserve The Simpsons. In what may well be the least accurate analogy of all time, Cruz said: “I think the Democrats are the party of Lisa Simpson and the Republicans are, happily, the party of Homer and Bart and Maggie and Marge.”

Where to start? First, Maggie is a baby who communicates exclusively in non-verbal cues, so assigning any political affiliation to her seems presumptuous. Second, the episode The Way We Was contains a flashback of Marge burning her bra during a feminist rally at school, which suggests a core of progressive liberalism. Bart, as has been pointed out elsewhere, demonstrates all the traits of libertarianism. Homer might be Republican, but then again Homer is a man so stupid that he once caused a nuclear meltdown in a van that contained no nuclear material whatsoever. And, yes, Lisa is a Democrat. Specifically, she’s a Democrat who literally becomes president in order to fix the mess left by Donald Trump.

So, Ted Cruz is wrong. But what’s really strange is that Cruz loves The Simpsons. Honestly, try shutting the man up about The Simpsons. He tweets clips of The Simpsons when he wants to make political points. One of the many highlights of his aborted presidential campaign was a BuzzFeed video where he attempted to impersonate as many Simpsons characters as possible. He has discussed his favourite Simpsons episodes at length in public, those episodes being Round Springfield (in which Bleeding Gums Murphy dies) and Treehouse of Horror VII (in which aliens disguise themselves as Bill Clinton and Bob Dole). Honestly, the man loves The Simpsons almost as much as he loves repeatedly getting accused of being the Zodiac killer.

Leaving aside the fact that anyone who claims to enjoy Treehouse of Horror episodes cannot possibly be a true Simpsons fan – if only he had picked Cape Feare or And Maggie Makes Three or The Itchy & Scratchy & Poochie Show – this once again demonstrates how tough it must be to be a rightwing fan of pop culture. Because, make no mistake, this is not a two-way street. Simpsons showrunner Al Jean spent hours slamming Cruz last night, while actors such as Yeardley Smith and Harry Shearer have taken potshots at him over the years.

Cruz is not an isolated incident, either. When Trump used Neil Young’s Rockin’ in the Free World to announce his candidacy, Young asked him to stop. When David Cameron proclaimed his love for The Smiths, Johnny Marr banned him from liking the Smiths. When the NRA used a Parks and Recreation gif in a tweet this week, Parks and Recreation creator Mike Schur asked them to delete the tweet, adding that Amy Poehler – the star of the gif – had told him to “tell them I said fuck off”.

In one sense, it’s logical for rightwing figures to enjoy culture made by leftwing creators, given that if you remove all leftwing art from the world you’re left only with a handful of Wagner operas and a Tim Allen standup special. But at the same time, you have to admire their pluck. Again and again these people proclaim their love for bands or shows and again and again they weather an onslaught of criticism from their creators – and it still doesn’t stop them.

They must have such thick skin. Certainly thicker than mine. A few years ago Jemaine Clement, star of one of my all-time favourite television programmes, tweeted about something I had written – he made a snotty comment about the wording of a headline that I had no say in – and it stung so much that my enjoyment of Flight of the Conchords dropped by a couple of points.

But there will be none of that with Cruz. He loves The Simpsons so much that he will keep on discussing it in public, no matter how hard Jean and the cast openly profess their hatred for him. You know what that means? It means Cruz is the greatest Simpsons superfan of them all. Or maybe it means he’s just really dumb. That might also explain it.