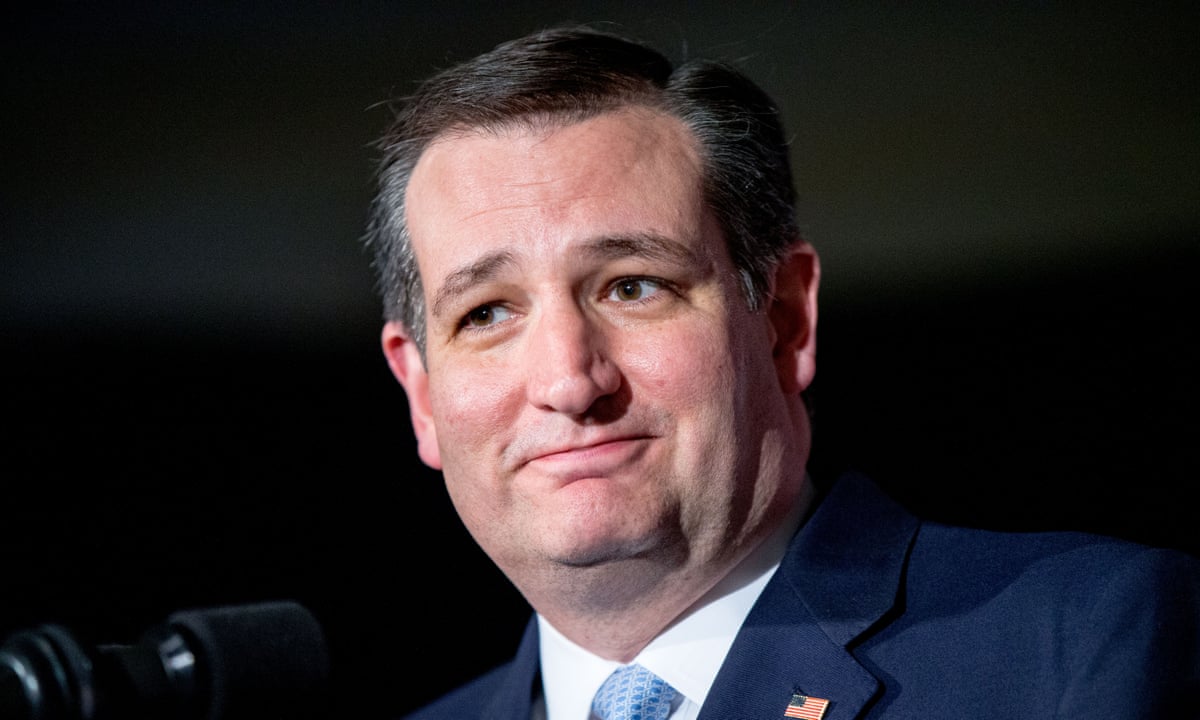 Ted Cruz fired a top aide on Monday after he promoted a false story questioning Marco Rubios commitment to the Bible, a move the Texas senator described as a grave error.

Cruz sacked Rick Tyler, his national spokesman, after he circulated a video on Sunday that allegedly showed Rubio walking by a Cruz staffer in a hotel lobby who was holding a Bible.

Although the audio was fuzzy, some assumed Rubio to have remarked: Got a good book there, not many answers in it. In fact, Rubio had said all the answers in it.

This morning I asked for Rick Tylers resignation, Cruz told reporters in Las Vegas over his promotion of a news story that falsely claimed his rival said something negative about the Bible.

This was a grave error of judgment, he said. It turned out the news story he sent around was false. But Ill tell you, even if it was true, we are not a campaign that will question the faith of another candidate.

The conservative blog that posted the video of Rubio was later updated to correct the error, and Tyler posted an apology on his personal Facebook page late on Sunday that said he regretted the mistake. I assumed wrongly that the story was correct, Tyler said.

The controversy comes on the eve of crucial caucuses in Nevada, the fourth state to hold a Republican presidential nomination contest.

It also comes on the same day that GOP insiders, including former Senate majority leader and 1996 presidential nominee Bob Dole, are flocking to back Rubio. Other endorsements Rubio received in the past 48 hours have been from several senators, including Orrin Hatch of Utah, Governor Asa Hutchinson of Arkansas, a half dozen House members, and other party figures like former Minnesota governor Tim Pawlenty.

Cruz and Rubio effectively tied in South Carolinas primary at the weekend and are both vying for the mantle of challenger-in-chief to Republican presidential frontrunner Donald Trump.

The billionaire, who many are tipping to win in Nevada, immediately seized on the controversy in a tweet. Wow, Ted Cruz falsely suggested Marco Rubio mocked the Bible and was just forced to fire his Communications Director. More dirty tricks! he said.

While claiming to have zero tolerance for dirty tricks, Cruz, who is predicating his campaign on support from Christian evangelical voters, also insisted the he had been the victim of below-the-belt assaults from rivals who he said attack us personally, impugn my integrity.

None of us have heard me throw the kind of insults at Marco Rubio that he throws at me every single day. If other candidates choose to go into the gutter, we will not do the same, he said.

He added of his rivals campaign: They have a long record theyve earned in South Carolina of engaging in this kind of trickery and impugning the integrity of whoever their opponent is to distract the attention. We are going to stay focused on issues and substance and record.

In reality, Cruzs campaign has been repeatedly hit by rivals for allegedly engaging in dirty tricks, and both Trump and Rubio have openly called the Texas senator a liar. In particular, Cruz faced criticism in Iowa for sending out a controversial voter violation mailer.

Later, supporters of the conservative from Texas also spread the word in the minutes before the Iowa caucuses that Ben Carson might be dropping out of the race after the retired neurosurgeon announced he was going home to Florida for several days and not on to New Hampshire. Cruz later apologized for the mistake.

Tyler, a longtime aide to former House speaker Newt Gingrich, has been a fiery surrogate for Cruz and played a key role in pushing out the Texas senators message throughout the course of the campaign.

Rubio told reporters Monday that while he accepted Tylers apology, it simply wasnt enough. This is a pattern now. I think we are at a point where we start asking about accountability, Rubio said before boarding a flight to Elko, a small town in the north of the state.

This campaign now has repeatedly done things that they have to apologize for and no one is ever held accountable, he added.

In addition to the video, Rubio cited the rumors spread by Cruz staffers on the night of the Iowa caucuses that Ben Carson was dropping out of the race. The Florida senator similarly criticized Cruzs tactics leading up to the South Carolina primary, accusing his opponent of being behind misleading push polls and robo-calls.

I think its a very disturbing pattern of deceptive campaigns and flat-out just lying to voters, Rubio said.

Rubio spokesman Alex Conant reacted to the news by saying Tyler is a really good spokesman who had the unenviable task of working for a candidate willing to do or say anything to get elected.

There is a culture in the Cruz campaign, from top to bottom, that no lie is too big and no trick too dirty, Conant said. Rick did the right thing by apologizing to Marco. Its high time for Ted Cruz to do the right thing and stop the lies.

The Tyler firing suggests Cruz may believe his campaign is vulnerable to the emerging narrative that he is a candidate willing to play dirty a troublesome accusation for a candidate seeking to appeal to the religious right.