Republican candidate highlights image as difficult ideologue as he leads race in Iowa, with supporters seeing the Texas senator as a party renegade 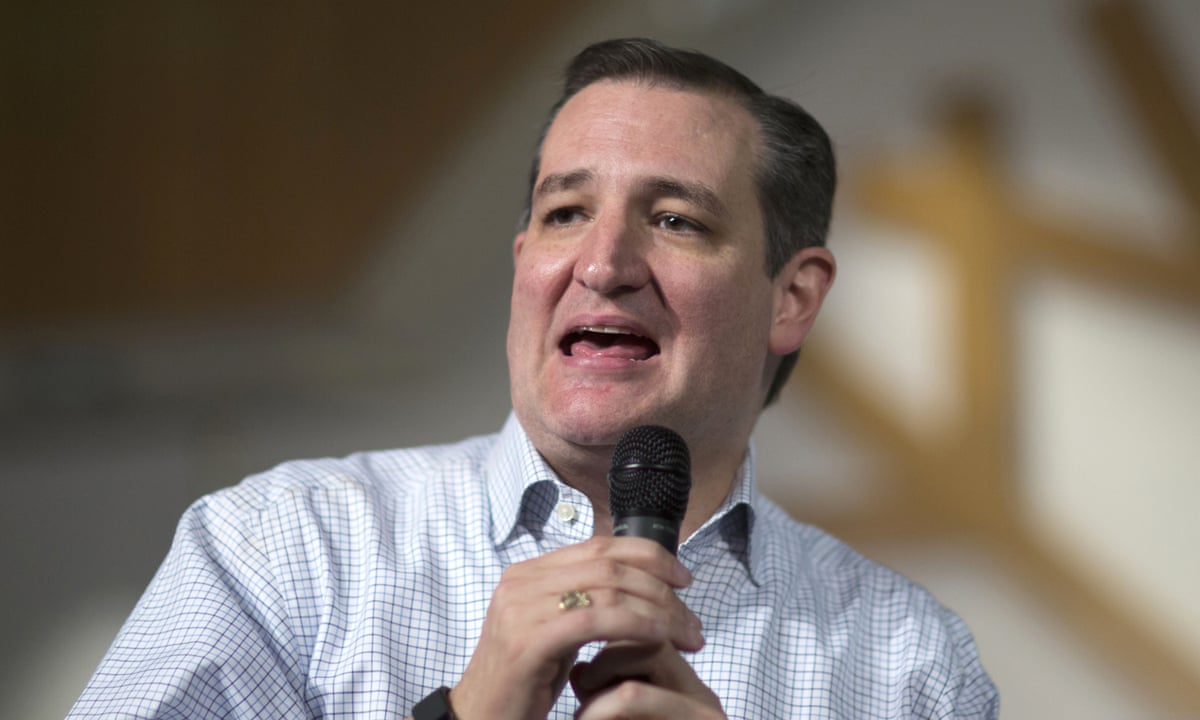 Ted Cruzs reputation as an arrogant, grating, in-your-face ideologue has dogged him throughout the Republican presidential race. But it hasnt stopped the Texas senators rise in the polls.

Cruz, who leads in Iowa and leads the pack chasing Donald Trump elsewhere, is increasingly embracing his irascible persona, trying to turn what could be a liability into an asset.

Cruz and his supporters relish his outsider status, highlighting his conflicts with fellow Republican senators. Not one has endorsed him for president.

A group backing Cruzs candidacy sent out a fundraising email plea in December with the subject line Washington hates Ted Cruz. Cruz frequently rails against the Washington cartel, which he argues is scared that conservatives are uniting behind him, and says hes glad that Washington elites despise him.

Cruz supporters, including some who turned up for a large rally at an evangelical church near Richmond, Virginia, in December, are embracing the abrasion.

They view him as a renegade in the GOP, said Carter Cobb, 56 and retired from the navy, from Mechanicsville, Virginia. He doesnt toe the party line. Thats what were trying to get away from.

To Cobb and others, Cruz is the only candidate willing to make anyone angry and stand up for what he believes in.

It makes me like him all the more. Ive always liked people who were on the outside, said Daniel Daehlin, 51, from Richfield, Minnesota. Ronald Reagan never got along with the establishment. They hated him in 1976 and 80. I like [the 1939 James Stewart-starring movie] Mr Smith Goes to Washington someone who goes there, speaks his mind and doesnt try to cater to the inside-the-Beltway crowd.

Are we going to elect someone just because you cant sit across the table and have dinner with them? Simons said. Or are you going to stand with someone who stands with the constitution and is serious about the trouble our country is in?

Cruz made his reputation in the Senate by refusing to compromise. He filibustered for 21 hours against President Obamas healthcare law. The confrontational strategy he championed resulted in a 16-day partial government shutdown and alienated GOP leaders.

But his reading of the Dr Seuss book Green Eggs and Ham during that filibuster became a seminal moment for Cruz. He frequently refers to it, including in a recent television ad he ran in Iowa during which he reads to his two daughters from reimagined holiday stories with a conservative bent, such as the Hillary Clinton-targeting The Grinch Who Lost Her Emails.

While the ad was designed to be funny, Cruz is not known for his sense of humor. Foreign Policy magazine once described him as the human equivalent of one of those flower-squirters that clowns wear on their lapels.

The national collegiate debating champion has shown his brusque side in the presidential debates, including the most recent one in Las Vegas when he refused to stop talking even as moderator Wolf Blitzer of CNN tried to shut him down.

Craig Mazin, who was Cruzs freshman roommate at Princeton, went so far as to tell the Daily Beast in a 2013 interview that he would be happier with anyone other than Cruz as president.

I would rather pick somebody from the phone book, Mazin said.

But Cruz has shown a lighter side that his campaign says demonstrates he is not as unlikable as his reputation suggests.

During a November interview at WMUR in New Hampshire, Cruz acted out scenes from The Princess Bride. That clip has been watched more than 250,000 times on YouTube. After rival Donald Trump referred to Cruz as a little bit of a maniac, the Cruz campaign tried to laugh it off by posting a video on Twitter of the song Maniac from the film Flashdance.

Research shows that the importance of a candidates likability may be overrated anyway, said David Redlawsk, a Rutgers University expert in Iowa electoral politics who is spending the fall at Drake University in Des Moines.

Voters are looking for a whole range of things, Redlawsk said, and likability is just one small part of that.