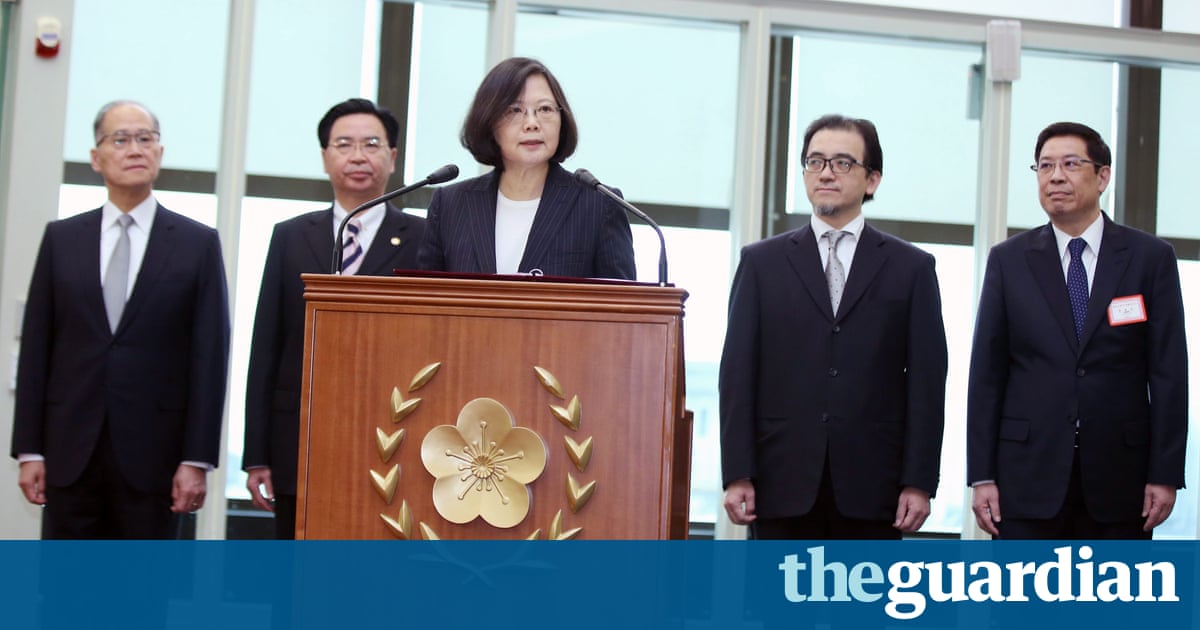 Taiwans president, Tsai Ing-wen, left for the United States on Saturday on her way to Central America, a trip that will be scrutinised by China, incensed by her congratulatory call to Donald Trump.

While the focus of the nine-day trip is to bolster relations with Taiwans Central American allies, Tsais US stopovers will be closely watched amid speculation she may make contact with the president-elect and his team.

She is to transit in Houston this weekend and return to Taipei via San Francisco next weekend.

The call with Trump in December after he won the presidency upended decades of diplomatic precedent in which Washington has effectively ignored Taipei in favour of Beijing, which considers Taiwan a breakaway province to be brought back within its fold.

Since then, China has stepped up military drills near Taiwan, with speculation its sole aircraft carrier may pass through the Taiwan Strait during or shortly after Tsais trip. The drills are seen as a show of strength by Beijing as its ties with the self-ruled island and the US deteriorate.

What China cares most about is whether Tsai and Trump will meet, political analyst Liao Da-chi said. These are all warning signals to see how Taiwan will respond, as well as testing waters with the US, added Liao, a professor at the National Sun Yat-sen University.

Beijing has asked Washington to bar Tsai from flying through US airspace. A transit is a transit, the Taiwanese leader told reporters last week, when asked whether she would be meeting anyone from Trumps administration.

Trump himself appeared to have ruled out meeting Tsai this trip, saying it is a little bit inappropriate to meet anybody until he takes office on 20 January.

Taiwans presidential office and the foreign ministry declined to provide details of Tsais itinerary during her US stays. Deputy foreign minister Javier Hou told a legislative committee last month the ministry was seeking to arrange meetings with members of the US Congress from both parties as per past protocols, according to the Central News Agency.

Tsai will visit Honduras, Nicaragua, Guatemala, and El Salvador among the dwindling number of states that officially recognise Taiwan. She will attend the presidential inauguration in Nicaragua on Tuesday and meet with the heads of states of the other three nations.

It is also an opportunity to interact with leaders of other countries to show the international community that Taiwan is a competent and responsible partner, Tsai told reporters on Saturday before her departure.

Taiwan is down to 21 allies after the small African nation of Sao Tome and Principe switched recognition to Beijing last month. The Vatican is Taiwans highest-profile supporter, but the Holy Sees recently improving relations with Beijing are casting doubt over ties with the island.

Analyst Liao said Beijing would continue to woo the islands allies as a pressure tactic on Tsai, who refuses to acknowledge the concept that there is only one China.

Taiwans defence ministry has declined to comment on speculation that Chinas Liaoning aircraft carrier may pass through the Taiwan Strait on its return journey after its first exercise in the Pacific. The ministry is monitoring at all times the position of the Liaoning, spokesman Chen Chung-chi said.

The vessel and five other warships passed south of the island outside Taiwans air defence identification zone last month, before heading to the South China Sea.