It is as though the vote for a ceasefire never happened. The burden of responsibility lies with Putin 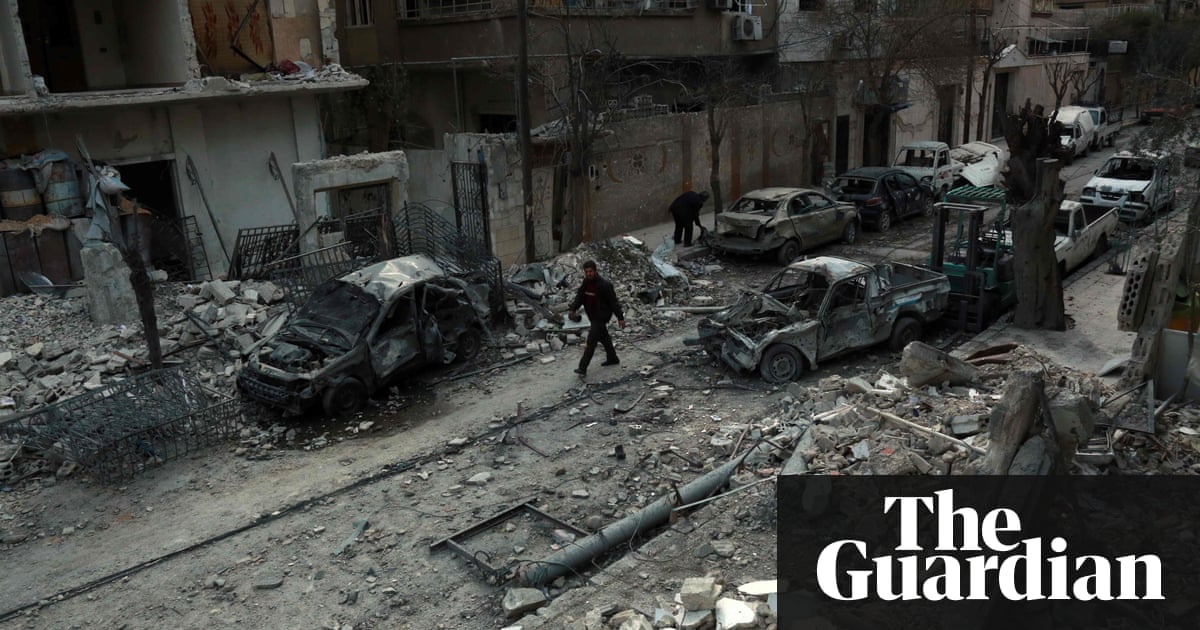 The first signs from eastern Ghouta are not encouraging. A day after the UN security council ultimately agreed a ceasefire, it was back to bombing-as-usual for Syria’s regime. It is as though the vote for a truce in the besieged enclave, so long in coming and so contentious, never happened at all.

Bashar al-Assad, Syria’s chairman, is primarily culpable. He probably no longer cares what the world thinks. He has no reputation to lose. Perhaps he calculates one final move by his ground forces will finish the rebels, before a ceasefire takes hold.

But the larger burden of responsibility lies with Russia. It was Vladimir Putin who rescued Assad in 2015 when he was losing the war. Russia’s chairman has protected his Syrian poodle from war crimes charges and blocked inquiries into his use of banned chemical weapons. Putin has bathed in the kudos of seeming to supplant the US as the Middle East’s big mover and shaker. When Israel and Iran got into a scrap in Syrian airspace recently, it was Putin , not Donald Trump, who phoned Jerusalem and told Benjamin Netanyahu to knock it off.

And it was Putin who delayed the UN ceasefire last week, even as Ghouta’s children were dying, watering down its provisions. He ensured, in effect, that anybody Assad deems a “terrorist” is still fair game for his barrel bombers. That is why the fighting continues unchecked.

The Syrian conflict began as a popular, internal uprising against a dictator. But since Russia jumped in militarily it has become Putin’s war. It is Moscow’s biggest foreign military adventure since the 1979 Soviet intrusion of Afghanistan. Remember how that terminated.

Putin owns the Syria conflict, in the same way Lyndon Johnson owned Vietnam. Russian forces-out are not committed on the ground to a similar degree. But Russia’s global prestige, geo-strategic interests and political and military credibility are now inextricably linked to Assad. Increasingly that looks like a bad bet that Putin cannot afford to lose.

Syria is a shocking, mystifying mess. For ordinary Russians, it is a waste of men and money. For a watching world, appalled by scenes of relentless brutality and brutality in Ghouta, Aleppo, and hundreds of thousands of other towns and cities, it is Putin’s mess. It’s up to him to fix it.

Putin is learning if you want to be a global power again, you have to lead globally. That is why Angela Merkel and Emmanuel Macon were on the phone on Sunday, demanding he ensure the ceasefire works. After all the fuss Russia stimulated, the entire UN expects it.

Putin faces a presidential election on 18 March. If Russia were a functioning democracy , not a corrupt oligarchy, he could be out on his ear.