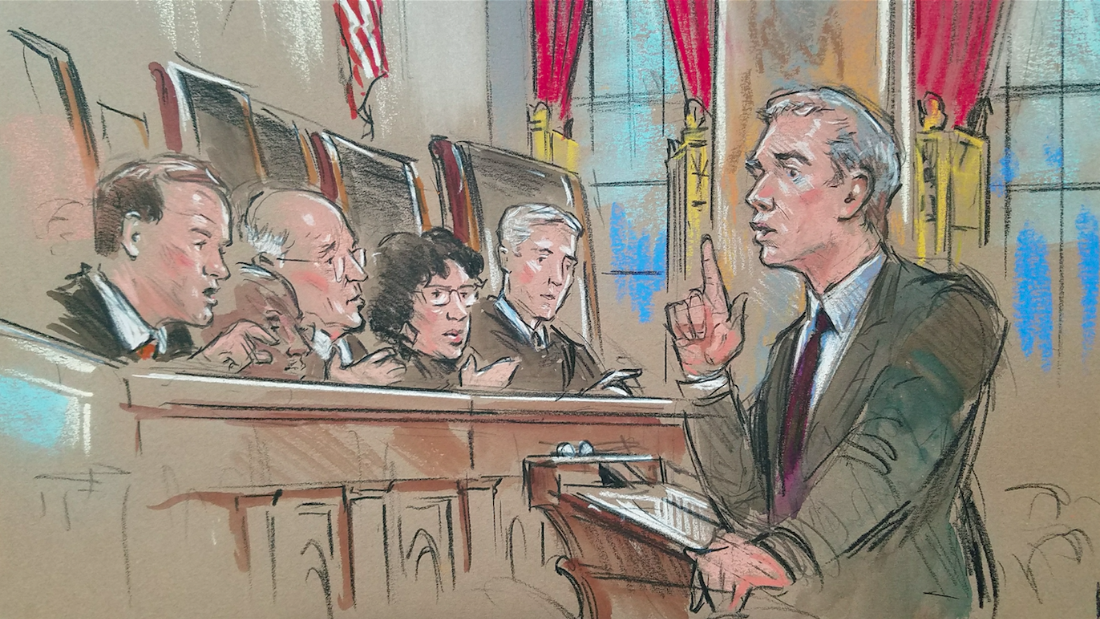 Washington (CNN)The Supreme Court appears deeply divided about whether it can address partisan gerrymandering and come up with a standard to decide when politicians go too far in using politics to draw congressional districts that benefit one party over another. 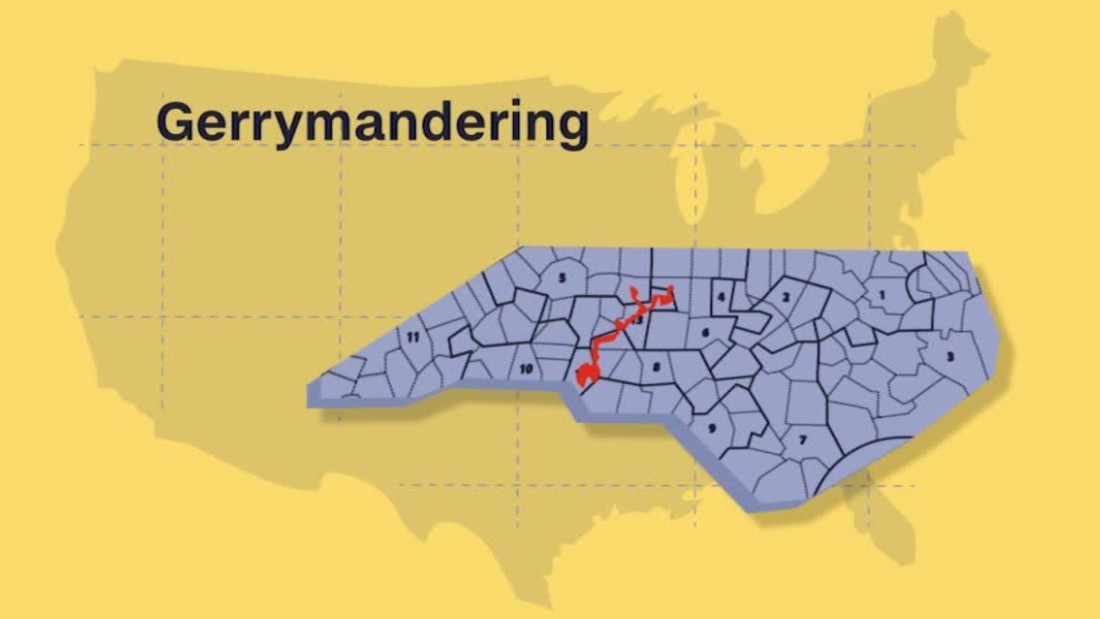 How the court rules could dramatically impact future races, as Democrats try to win back the House amid widespread unhappiness at President Donald Trump. Recently a state court in Pennsylvania redrew congressional districts there, possibly serving to erase the Republicans’ 12-6 district advantage.
Wednesday’s case was brought by a group of Republican voters in Maryland who say Democrats went too far in redrawing districts after the last census.
At one point during their one hour of oral arguments, Justice Stephen Breyer wondered whether the court should take the two challenges it has already heard dealing with maps in Wisconsin and Maryland, and another case out of North Carolina and hold arguments again next fall.
The suggestion could have interesting implications if Justice Anthony Kennedy, who has been considering retirement and could be a key vote in the case, were to step down at the end of this term.
On the issue of partisan gerrymandering, Breyer acknowledged that there seemed like “a pretty clear violation of the Constitution in some form” but he worried that the court needed a “practical remedy” so that judges would not have to get involved in “dozens and dozens and dozens of very important political decisions.”
Justice Elena Kagan pointed to the case at hand and said that Democrats had gone “too far” and took a “safe” Republican district and made it into a “pretty safe one” for Democrats. She referenced a deposition that then Democratic Gov. Martin O’Malley gave where he said his intent was to create a map “that all things being legal and equal, would nonetheless be more likely to elect more Democrats rather than less.”
Kagan asked a lawyer for Maryland, “How much more evidence of partisan intent could we need?”
Breyer seemed to urge his more conservative colleagues to step in, for the first time, and devise a framework for how to address gerrymandering.
Pointing to the particular facts in the case he said, “We will never have such a record again.”
“What do we do, just say goodbye… forget it,” Breyer asked.
The challengers say former Democratic Gov. Martin O’Malley led the charge to redraw the lines to unseat long-time GOP incumbent Rep. Roscoe Bartlett. They argue that Democrats diluted the votes of Republicans in the district by moving them to another district that had a safe margin for Democrats.
In 2010, Bartlett won his district with by 28 percentage points, but he lost after the new maps were drawn in 2012 by 21 percentage points.
But Justice Samuel Alito seemed to be on the other side of the spectrum and said, “Hasn’t this Court said time and again you can’t take all consideration of partisan advantage out of redistricting?”
Justice Anthony Kennedy, whose vote could be critical, did not tip his hand but indicated that the current map, no matter what happens in the court, would have to be used in the next cycle.
While the Supreme Court has a standard limiting the overreliance on race in map drawing except under the most limited circumstances, it has never been successful in developing a test concerning political gerrymandering. If the justices do come up with a standard, it could reshape the political landscape.
In court, Michael Kimberly, a lawyer for the challengers, said that the Democratic politicians violated the free speech rights of voters by retaliating against them based on their party registration and prior voting history.
He said that government officials may not “single out” a voter based on the votes he cast before.
Maryland Solicitor General Steven Sullivan defended the map and suggested that the courts should stay out of an issue that is “inherently political.” He argued that if the challengers prevail in their First Amendment challenge, it will mean that any partisan motive by political players would constitutionally doom all district maps.
Justice Neil Gorsuch, appearing to agree with Sullivan, noted that the maps had been approved by the legislature.
The challengers suffered a setback in the lower court when a special three-judge panel of federal judges refused to issue a preliminary injunction.
Last year, the Supreme Court heard a similar political gerrymandering case in Wisconsin.
That case was a statewide challenge brought by Democratic challengers to Republican-drawn state legislative maps. Challengers rely on both the First Amendment charge and say the maps violated the Equal Protection clause of the 14th Amendment.
It is unclear why the Supreme Court added the Maryland case to the docket after hearing arguments in the Wisconsin case.