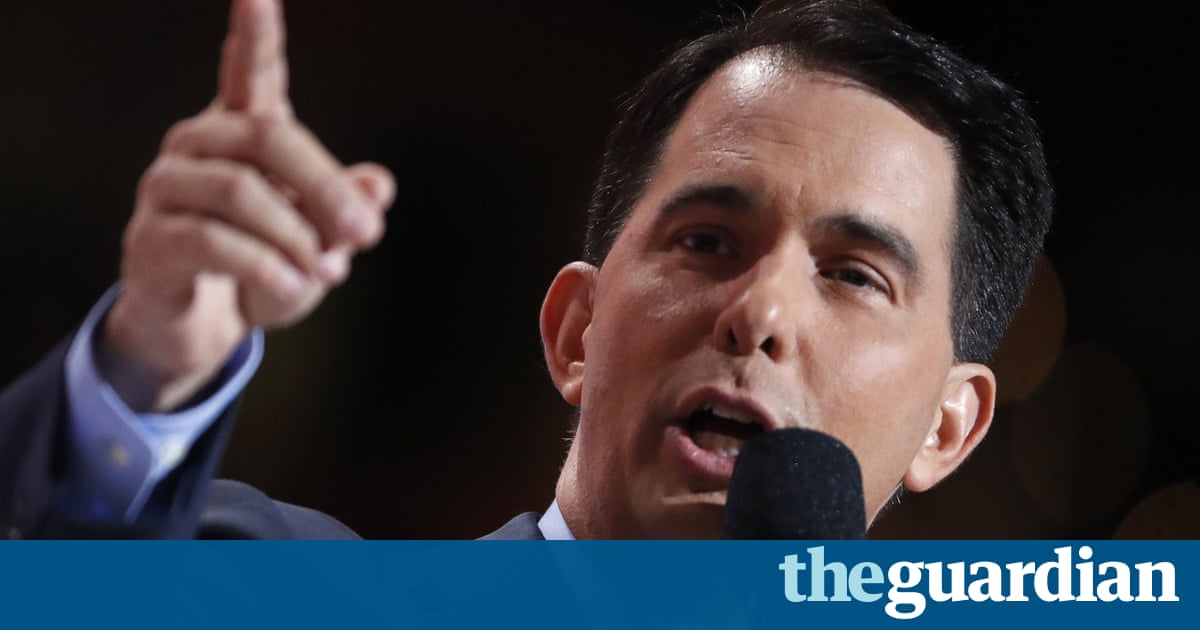 The supreme court on Monday declined to consider an appeal to reopen an investigation relating to the use of corporate cash in the election campaigns of Governor Scott Walker and fellow Republicans in Wisconsin.

The decision of the nations highest court to reject the appeal from prosecutors in the state delivered a blow to campaigners who had hoped it would prompt a thorough review of the role of so-called dark money undisclosed donations passed through lobby groups in US elections.

The prosecutors investigation into links between Walker and third-party groups that received millions of dollars in secret corporate funding was shut down in 2015, at the order of the top court in Wisconsin.

Mondays supreme court ruling comes just two weeks after the Guardian published more than 1,300 pages of documents that had been gathered by the prosecutors in what was known as the John Doe investigation because of its anonymity.

The prosecutors had called on the US supreme court to overturn the state ruling and reinstate their inquiry, which they alleged had uncovered unlawful and undeclared cooperation between Walkers campaign committee and outside lobby groups that supported the governor in a 2012 recall election.

Wisconsin has in recent years become ground zero for the future of US campaign finance laws, in the wake of Citizens United, the 2010 supreme court ruling that unleashed vast amounts of money into the electoral process.

Critics of that ruling will now fear that the modern trajectory of US democracy in which elections are increasingly decided on the strength of a candidates ability to attract big money will continue and deepen.

Walker won his 2012 recall election, which was the result of his aggressive anti-union reforms. The prosecutors began an investigation the same year into whether the governors campaign coordinated with conservative groups on advertising during the recall without reporting the groups contributions.

Those groups challenged the investigation and in 2015 it was halted by conservative-leaning justices who control the Wisconsin supreme court, who ruled that the groups and the campaign coordinated on ads that did not expressly call for a candidates election or defeat. The state court said such coordination amounted to free speech and was not subject to disclosure requirements.

The controversy attracted renewed attention recently when the Guardian reported that a leading manufacturer of lead that was once used in paint was among a host of corporate leaders who donated to Wisconsin Club for Growth, a conservative group that helped Walker and Republican legislators fight the recall challenges.

Wisconsin Club for Growth received $750,000 in 2011 and 2012 from Harold Simmons, the billionaire owner of NL Industries. The company produced lead that was used in paint before such practices were banned.

Walker, who briefly ran for the Republican presidential nomination, has called the information contained in the leaked documents old news and insisted he has done nothing wrong.

Walker declined immediate comment on Monday through his spokesman, Joe Fadness. The governor, who has been working to prepare Governor Mike Pence of Indiana for the vice-presidential debate on Tuesday, had no public events planned.

The recall stemmed from Walkers signature law that stripped public unions of nearly all of their bargaining rights.

They urged the court to decide how broadly free speech rights protect campaign coordination with outside groups. They also said that the judicial process was unfair because two state court justices had received campaign help from some of the groups under investigation and should have stepped aside.

The justices are Michael Gableman and David Prosser, who has since left the court.