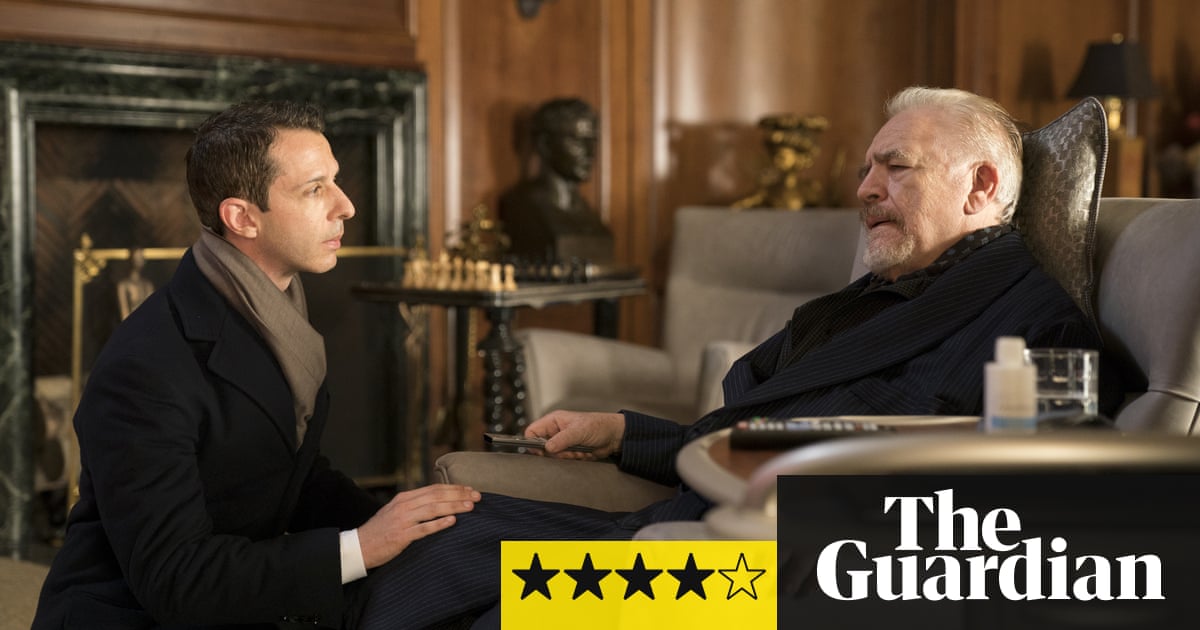 If King Lear was updated for 2018, with the monarchy exchanged for a media empire, and Shakespearean soliloquies replaced with f-bombs and dick jokes, it might look like Succession, HBO’s stylish new drama about a dysfunctional, filthy-rich family called the Roys.

But in the Roys’ Manhattan world of motorcades, chartered helicopters and dutiful chauffeurs who tell their passengers they’re “the man”, there’s not much use trying to prove you love the patriarch most. Instead the Roy family, for whom every conversation has a pretense of self-interest, speak mostly in power grabs and insults, with each heir hoping to succeed the 80-year-old Logan as the boss of Waystar Royco, the family’s Murdochesque media conglomerate.

Created by Jesse Armstrong, whose credits include Peep Show, The Thick of It and In the Loop, Succession stars Brian Cox, who fortuitously played King Lear at the National Theatre. This time he’s Logan Roy, the curt, unflappable mogul who can make John Paul Getty look compassionate. The series opens on Roy’s birthday, where he surprises his three children by telling them he won’t, in fact, be stepping down as CEO and chairman of Waystar, a decision that sets the stage for the dog-eat-dog dynamic between siblings who are ruthless and spoiled, if also strangely likable.

Jeremy Strong, as “the heir with the flair” Kendall Roy, is an impressive lead, possessed of a toxic masculinity complex to rival that of Patrick Bateman or Gordon Gekko. Before work he aggressively raps to the Beastie Boys’ Open Letter to NYC, takes a single toke of a cigarette and then stamps it out, and at one point tells a colleague he’ll “stuff your mouth with so much money you’re going to shit golden figurines”. Beneath the machismo, though, is a fragile prodigal son, recently back from rehab and still acclimating to the dick-measuring contest that is venture capitalism.

If Kendall is cut from the same bespoke cloth as his father, his younger siblings Roman (Kieran Culkin) and Shiv (Sarah Snook) are funnier, only slightly less vulgar foils, ridiculing and double-crossing each other for sport (and power and money).

As Roman, Culkin is a breath of fresh air and comic relief, even if the satire’s sometimes so black you cringe. At a family softball game, for instance, he asks a nearby child to pinch-hit, promising him a million dollars if he hits a home run. When the boy’s tagged out at home plate, Roman rips up the check and gives him a shred of it. “Really good effort,” he says. “So, take this back to your life. It’s a quarter million. Enjoy.”