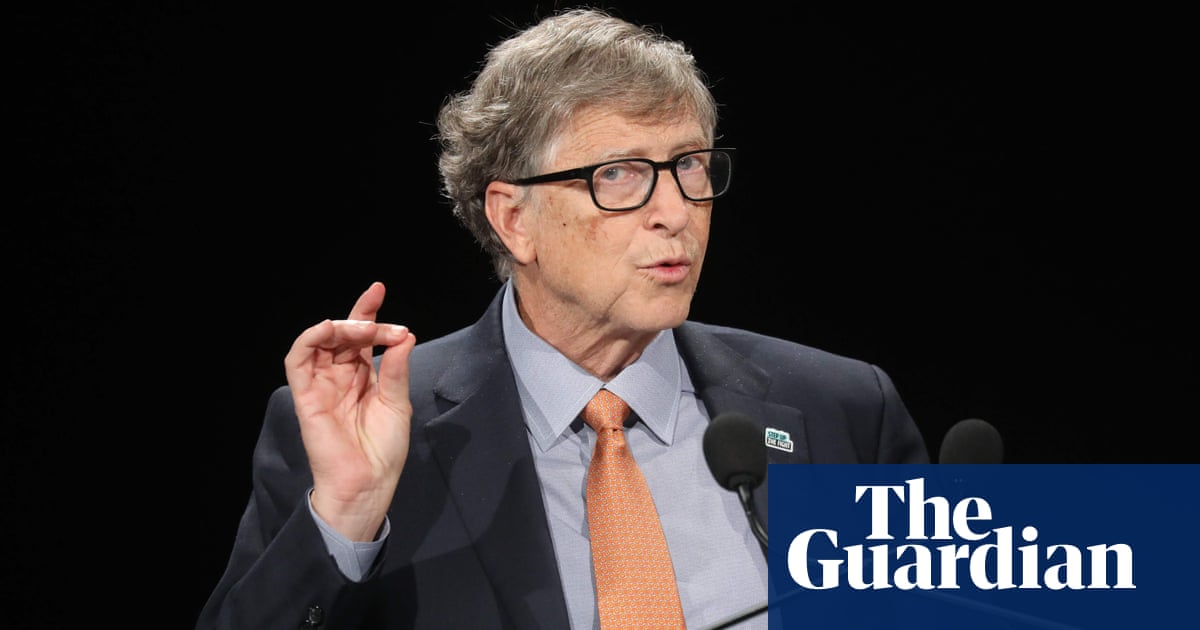 Sanitation workers for Republic Services, the second-largest sanitation company in the US, are going on strike amid new union contract negotiations with workers in 10 cities around the country.

The company’s largest single shareholder is the billionaire tech mogul and global philanthropist Bill Gates, whose private investment firm Cascade Holdings owns nearly 34% of the company’s stocks, earning over $100m annually in dividends from the shares. Gates’ investment has become a focus for strikers’ complaints.

Low wages are a key issue in the dispute.

“We’re paid 40% lower than the market average here,” said Bernie Egan-Mullen, a Republic Services worker for 15 years in Marshfield, Massachusetts. Egan-Mullen noted some workers in Republic Services are paid well, but there remains a wage discrepancy, with many workers making around $18 an hour in the fifth-most dangerous job in the US.

The Teamsters represent 7,000 workers at Republic Services throughout the US, which employs about 36,000 people.

“Workers see the inequality with the Trump tax cuts. The cuts came and they saw all these stock buybacks. Yet Republic Services were making very little investment in equipment and safety and no investment at all in the workers and their compensation, and the healthcare coverage is mediocre at best,” said Chuck Stiles, vice-president of Teamsters Local 728 and the assistant director of the Solid Waste division.

“Collective action is all they can do. There is no talking to management, there are no open door policies, the door will get shut in your face, and workers are fed up with it.”

Twenty-four sanitation workers at Republic Services in Marshfield, Massachusetts, have been on strike since 29 August after negotiations with the company failed to produce a contract in the wake of the workers unionizing in October 2018. The strike has continued as recent negotiations resulted in Republic Services standing firm on their initial proposal.

Over the past several weeks, those workers have led work stoppages by holding picket lines in cities throughout Massachusetts, Georgia, California, and Washington, creating brief work stoppages in these regions.

Workers also held a protest outside events in New York City attended by Gates and in Cambridge in the United Kingdom outside of an award ceremony for Gates.

In a recent statement, the 2020 presidential candidate Bernie Sanders announced support for the strike and criticized Gates’ stock dividend payments he receives annually. Sanders’ campaign created a solidarity event for supporters to join the picket line.

Several Republic Services workers noted the equipment they use is sometimes unsafe and needed repairs or replacements are often ignored. Tart had a truck roll off its parking brake during one shift, forcing him to chase it down to stop it, yet the vehicle continued to be used without repair.

In Milpitas, Otay, and Anaheim, California, nearly 300 workers with Teamsters Local 396, Local 542, and Local 350 voted to authorize strikes at the end of September 2019, but no strike dates have been scheduled yet.

“A lot of us are working 12 to 14 hours a day on beat-up, spare trucks,” said Marvin Nesseth, a Republic Services front end load driver in Milpitas for 17 years. “If they took some of their money, hired new drivers and bought new equipment, our jobs, lives, and the safety, health of the public would be better served.”

In Anaheim, Albert Navarro, a heavy equipment operator at Republic Services for ten years, is only paid $16.65 an hour, despite conditions where workers are constantly exposed to radiation from hospital services.

“We are really underpaid. Any other workers in the industry that does sanitation or other heavy equipment operators make at least $20 an hour,” said Navarro. “Bill Gates is the second-richest man in the world. All we are saying is if he is able to make decisions to do what’s right for employees – we are performing work for you, this is how much we see this industry should be paid, and that’s what we’re looking for.”

A spokesperson for the Gates Foundation said the trust does not comment on its investment holdings and decisions.

“When Republic did not agree to the Teamsters’ unrealistic bargaining demands, the union called a strike,” a Republic Services spokesperson wrote in an email. “Despite these efforts, we quickly resumed our regular trash and recycling collection schedule in affected towns with the help of Republic employees from around the country. Local 25 also has orchestrated a few brief sympathy protests at a small number of other operations.”