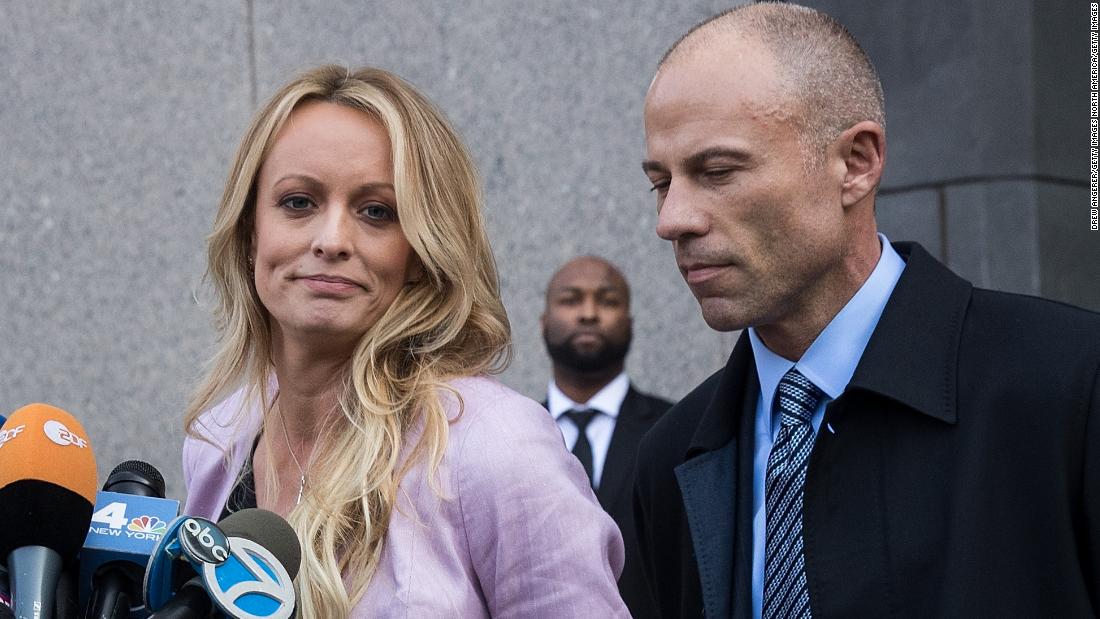 Last month, Judge S. James Otero greenlit Cohen’s request to temporarily halt the lawsuit. Cohen had argued that because of an ongoing criminal investigation into his business practices, he intended to assert his Fifth Amendment right not to incriminate himself and therefore wouldn’t be able to fully respond to questions that arose in Daniels’ lawsuit.
But in Thursday’s new filing, Avenatti made the case that Daniels’ lawsuit against Trump should still continue, even if the lawsuit remains on hold for Cohen. If the judge grants the request and the case against Trump moves forward, Avenatti could continue trying to force the President to answer questions regarding Daniels under oath.
Avenatti cited “new facts” stemming from recent statements made by Trump, as well as his attorney, Rudy Giuliani. Avenatti argued that both have suggested the criminal probe in New York on Cohen’s businesses and that the $130,000 payment to Daniels did not result in campaign finance violations.
“Mr. Trump and Mr. Giuliani’s new revelations concerning the Settlement Agreement and $130,000 payment demonstrate that Defendants Trump and EC are fully equipped to defend Plaintiff’s declaratory judgment claim even without Mr. Cohen,” Avenatti wrote. “Further, because Plaintiff agrees a stay should be maintained as to Mr. Cohen’s deposition for the remaining 90 days covered by the Court’s prior order, Mr. Cohen will not have to assert the Fifth Amendment privilege on specific questions.”
Avenatti cited a “Fox & Friends” interview with Trump, in which the President was asked about the investigation into Cohen. Trump responded that investigators are looking into Cohen’s business — not the legal work Cohen did related to Daniels — and that Trump campaign funds were not used to pay Daniels the $130,000 hush fee.
These statements, Avenatti said, contradict Cohen’s case for asking the judge for a temporary stay in the Daniels lawsuit, because they “call into question whether Mr. Cohen’s Fifth Amendment rights relating to the matters at issue in this case are as compelling as previously argued.” Cohen earlier told the court he could not testify in the lawsuit without infringing on his Fifth Amendment right, because “the FBI seized various electronic devices and documents … pertaining to the $130,000 payment to Plaintiff Stephanie Clifford at the center of this case.”
Cohen’s home, business, and hotel room were raided by the FBI on April 9 as a part of the ongoing criminal investigation into his businesses.
Daniels, whose legal name is Stephanie Clifford, is also separately suing Trump and Cohen for defamation.