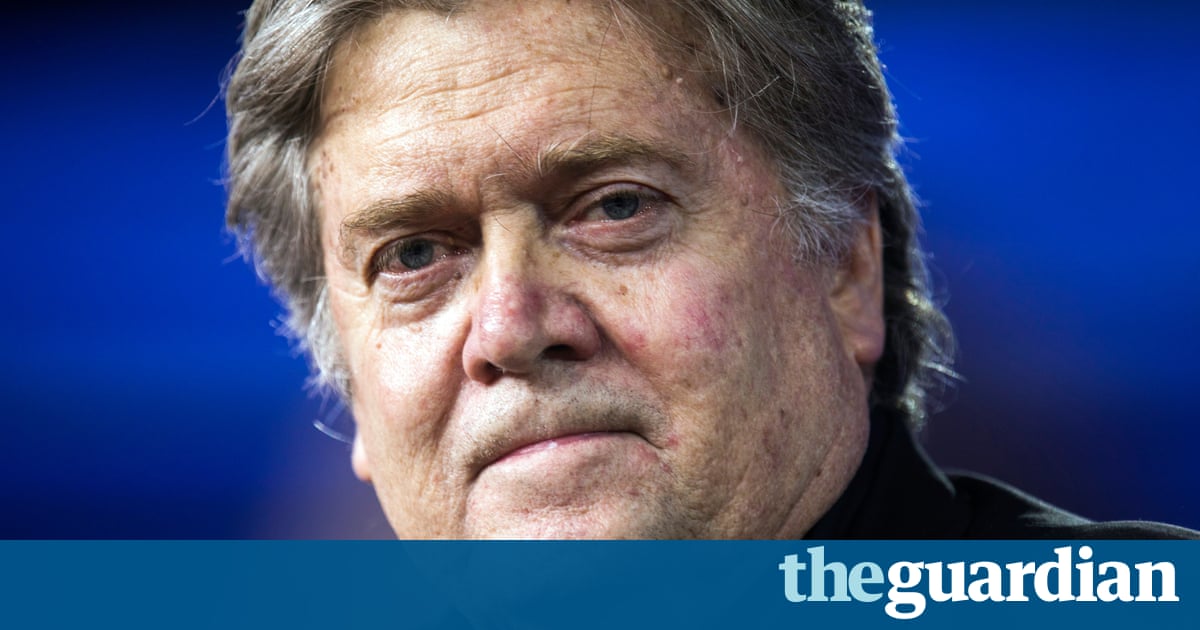 Steve Bannon has been removed from his post as White House chief strategist, ending his highly contentious career at the center of the Trump administration.

A statement from the White House press secretary was sent to journalists on Friday afternoon after multiple outlets reported Bannon was on his way out.

White House chief of staff John Kelly and Steve Bannon have mutually agreed today would be Steves last day, it read. We are grateful for his service and wish him the best.

Reports on Friday had stated that Donald Trump had decided to remove his chief strategist, but that the White House was trying to work out the details.

A Trump ally told the Guardian that the leaks about Bannons fate were part of an effort to pressure the White House aide to step down. They are trying to get him to quit, the source said.

Minutes later, the Guardian learned that Bannon was out.

One source told the Guardian that Bannon had officially resigned weeks ago, before the furore over Trumps remarks equating neo-Nazis and leftwing protesters in Charlottesville, Virginia.

Late Friday afternoon, the Breitbart website, where Bannon had been editor before joining the White House, announced that he had already returned to the helm as executive chairman and presided over their nightly editorial meeting. An indication of what its editorial tone might be came in an interview that Bannon gave to Bloomberg News on Friday afternoon. If theres any confusion out there, let me clear it up, he said. Im leaving the White House and going to war for Trump against his opponents on Capitol Hill, in the media, and in corporate America.

The website had long been a thorn in the side of establishment Republicans but had been relatively restrained in criticizing the Trump administration, although it become more aggressive towards figures like McMaster and Cohn in recent weeks. Joel Pollak, a senior editor at Breitbart, simply tweeted #WAR soon after Bannons departure was announced.

The removal of Bannon as Trumps chief strategist marks a remarkable rise and fall for a rightwing ideologue regarded by some as the power behind the throne.

Bannon had retreated from the limelight in recent months, after bearing much of the blame for the failure of the presidents initial travel ban and amid speculation that his increased profile had drawn Trumps ire.

But a bizarre interview that Bannon gave to the liberal magazine the American Prospect in which he claimed there was no military solution for North Korea, called the far right a collection of clowns, and said the lefts focus on racism would allow him to crush the Democrats may have altered the balance of power inside the West Wing. For an aide long suspected of leaking freely about rivals, Bannons excuse that he thought the call was off the record was not helpful.

Bannons departure leaves a major void in the White House, depriving it of a man once seen as Cardinal Richelieu in cargo pants, an unkempt schemer adept at manipulating the president, who was famously depicted as a childlike naif to his aides Grim Reaper in a Saturday Night Live sketch. The characterization summed up in a Time magazine cover that hailed the great manipulator reportedly annoyed the famously thin-skinned president and contributed to Bannons fall from grace.

Josh Green, the author of the book Devils Bargain about Bannon and Trump, told the Guardian: Bannon may be the only person in the White House with clear and distinct politics of his own.

His absence means more power and influence for figures such as Trumps son-in-law Jared Kushner and the national economic council chair, Gary Cohn, who have few, if any, ideological ties to the Republican party and the conservative movement.