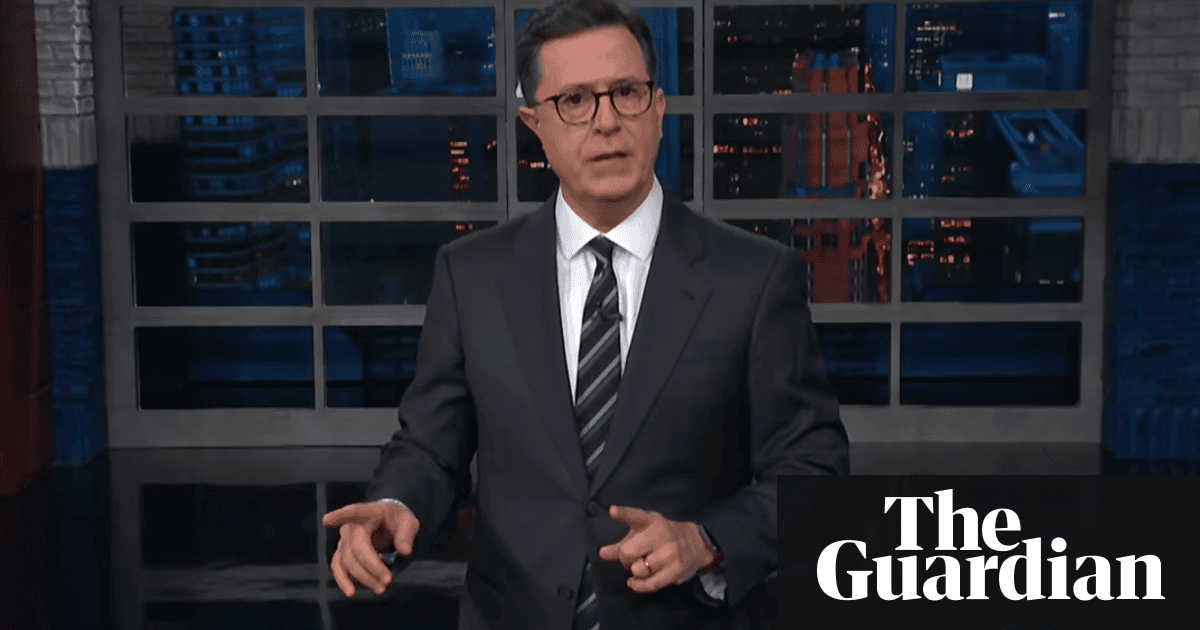 Stephen Colbert: ‘I call them the Three Collu-ges’

The Senate judiciary committee, the host noted, released 2,500 pages pertaining to the Trump Tower meeting, where members of the Trump campaign sought dirt on Hillary Clinton while maintaining candidate Trump knew nothing about it.

Colbert explained: “But the transcript of his testimony shows that after Don Jr set up this meeting with help from a Russian oligarch’s son – as you do when you’re not colluding – he immediately made a four-minute mystery call to a blocked number, and earlier testimony revealed that candidate Trump’s primary residence has a blocked number.”

Colbert said: “Now, I don’t know if that’s the smoking gun, but if you still believe Don Jr, I want $5 worth of whatever you’re smoking.”

“That wasn’t the only thing Trump Jr didn’t remember,” the host added. “We counted and Trump Jr told the Senate committee he couldn’t recall something 186 times.”

“Some people aren’t so forgiving about memory lapses in testimony, like Donald Trump Jr who once tweeted, “If you tell the truth, you don’t have to remember anything. Mark Twain.”

Trevor Noah: ‘At least be honest about it, right?’

Comedy Central’s Trevor Noah discussed Trump’s decision to move the US embassy from Tel Aviv to Jerusalem, a decision that culminated this week with Israeli soldiers killing more than 60 Palestinians and injuring thousands more.

He showed clips of then candidate Trump expressing his desire for peace between the Israelis and Palestinians by saying: “You’re not going to solve it if you’re going to be on one side or the other.”

Noah said: “To be honest, this is one of those issues where part of me was willing to give Trump a chance. Israel and Palestine have been fighting for 70 years. In my head I was like, ‘What’s the worst thing Trump could do?’ Well, today he answered that question.”

Noah said: “I don’t care who you are, I think we can all agree this was a horrible loss of life that, sadly, anyone could have predicted. The Israelis and the Palestinians both claim Jerusalem as their capital, so America moving its embassy to Jerusalem before even holding peace talks was bound to be a provocative move.

“Here’s the thing. If Trump wants to take Israel’s side, that’s his prerogative. But at least be honest about it, right? Instead of stoking the flames at the same time you’re saying this.”

Noah then showed footage of Trump claiming “our greatest hope is for peace”.

Seth Meyers: ‘Things are so crazy’

“Since Donald Trump was elected the news has been coming at us fast, but the last 48 hours have felt like standing in front of one of those tennis ball machines without a racket,” Meyers said. “In fact, things are so crazy that I’m just going to sit here with my mouth open so they can digitally add in all the breaking news that will happen after we tape this show tonight but before it airs.”

Meyers explained that Trump’s personal attorney and self-proclaimed “fixer” Michael Cohen had a secret shell company “set up not only to pay off Stormy Daniels but to collect millions of dollars in secret payments from companies and a firm linked to a Russian oligarch”.

This week, Ronan Farrow published an interview in the New Yorker with the whistleblower who leaked Cohen’s financial records, explaining that he “had grown alarmed after being unable to find two important reports on Cohen’s financial activity in a government database” and “worried that information was being withheld from law enforcement”.