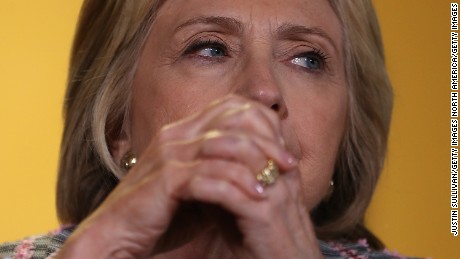 Judicial Watch, which is fighting the State Department in one of a series of lawsuits seeking information on how the Clinton team used email in the State Department, announced Thursday that State lawyers could not track which employees were conducting business on the Clinton email server.
Asked in a court interrogatory about who had used clintonemail.com addresses to conduct government business, State Department lawyers objected to the question by saying they had “no method of identifying” who was using the private email system.
“State objects to this interrogatory on the grounds that it never possessed or controlled clintonemail.com, does not now possess or control clintonemail.com, and thus has no method of identifying which State Department officials and employees had and/or used an account on clintonemail.com to conduct official government business,” lawyers wrote in the filing, released by Judicial Watch Thursday.
Clinton herself and top aide Huma Abedin have both said they used the private email server — but it’s unclear if other top Clinton aides, including Jake Sullivan, also used clintonemail.com addresses.
A State Department spokeswoman did not return a request for comment Thursday afternoon.
Government lawyers objected repeatedly in the court filing to Judicial Watch’s questions, which they deemed “vague” and “overbroad.”
For instance, when asked, “Who was responsible for the inventorying or other accounting of Mrs. Clinton’s and Ms. Abedin’s emails, records, and information?” the State Department’s lawyers objected to the use of the terms “responsible,” “inventorying,” “accounting,” and “information,” before briefly answering the question.