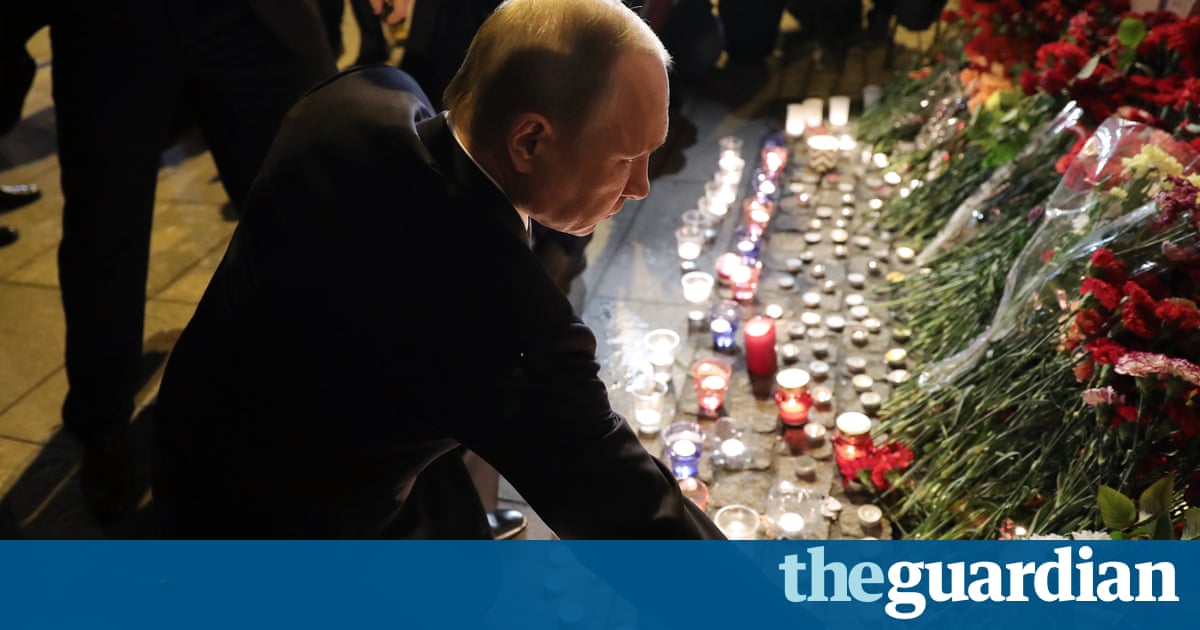 Russian investigators on Tuesday said a 22-year-old presumed suicide bomber carried out Mondays attack on the St Petersburg metro, which killed 14 people and left 49 in hospital.

Akbarzhon Jalilov is believed to have originally been from the former Soviet republic of Kyrgyzstan but had lived in Russia for a number of years and taken Russian citizenship.

Russian authorities said Jalilov detonated the bomb inside the metro carriage, and said his DNA had been found on an unexploded device left at a second metro station. This along with CCTV footage led them to believe the same person was behind both attacks.

Investigators said they believed it was a suicide attack, based on body fragments found at the scene. It is not known whether Jalilov acted alone or with accomplices but there has been no word of any police operation to apprehend other suspects.

No group has claimed responsibility for the attack, nor have any clues emerged about the Jalilovs motivations, though suspicions are likely to fall on an Islamist motive, possibly inspired by the ideology of the Islamic State.

Acquaintances told Russian media outlets that Jalilov had previously worked at a sushi restaurant and was a fan of wrestling and martial arts, but had fallen off their radar since 2015.

The death toll from the attack hit 14 on Tuesday, with 49 people still in hospital. Russias health minister said 11 people had died at the scene, one died while being transported by ambulance and a further two died in hospital.

On Tuesday evening, Russias investigative committee released the details of 10 of the 14. Seven of them were 21 or younger. The victims included Dilbara Aliyeva, a 21-year old psychology student. A friend wrote on Facebook that she had been beautiful, smart, sweet and intelligent and had dreamed of becoming a psychologist.

Also among the dead was Irina Medyantseva, a 50-year-old who made puppets. At the time of the blast she was with her daughter Alena , who survived but is in intensive care.

Maxim Aryshev, a 21-year-old Kazakh university student, was named by some media outlets as a potential suspect overnight, but was in fact one of the victims.

The naming of Jalilov brought to an end 24 hours of unsubstantiated rumours about the alleged perpetrator. A man whose photograph was widely circulated by Russian media on Monday went to police to state his innocence. He was released but later hauled off a plane after other passengers recognised him.

During the 1990s and 2000s, Russia suffered frequent terror attacks from Islamist groups based in the North Caucasus, including suicide bombers that hit the Moscow metro in 2010. However, the last attack to hit outside southern Russia was a suicide bomber who struck at Domodedovo airport in January 2011.

In October 2015, a plane of Russian tourists returning to St Petersburg from Sharm el-Sheikh in Egypt to St Petersburg crashed. Investigators said an explosive device had been placed in the hold, and Isis claimed responsibility.

Jalilovs Central Asian background suggests a new profile of terror suspect. News agencies reported that he had lived in Russia for six years and was from the city of Osh in southern Kyrgyzstan.

There are hundreds of thousands of central Asians living in Russia, who often work on construction sites in poor conditions, sending the money they earn to their families back home. There have been reports of many becoming radicalised after moving to Russia, due to a combination of difficult living conditions and everyday racism.

Hundreds, possibly thousands, of central Asians are fighting with Isis in Syria, though there is no evidence so far that Jalilov had any links to them.

Mondays explosion occurred at about 2.30pm local time, after the metro train had left Sennaya Ploshchad station in the centre of St Petersburg.

On Tuesday, the trains driver, Alexander Kaverin, told Russian media how he had made the decision to continue on to the next station: There was a bang, and dust. I made contact with the controller and explained the situation. Then I started getting incomprehensible messages on the intercom system, from all the carriages at once. I made the decision according to the rules for such emergencies, to continue on to the next station.

In the hours after the blast, a second bomb was found and defused at Ploshchad Vosstaniya, another metro station in the centre of the city. The second bomb was disguised as a fire extinguisher, and investigators said it would have been much more powerful than the first.

Security has been stepped up across the country in the aftermath of the attack, with increased police presence in the streets and around transport infrastructure.

The Russian president, Vladimir Putin, offered condolences to families of the victims in the immediate aftermath of the attack, but has made no further comments. Late on Monday, he laid flowers outside the metro station where the blast occurred, before holding a meeting with security chiefs.

He took a phone call from Donald Trump in the early hours of Tuesday.

President Trump offered the full support of the United States government in responding to the attack and bringing those responsible to justice, a White House statement said. Trump and President Putin agreed that terrorism must be decisively and quickly defeated.