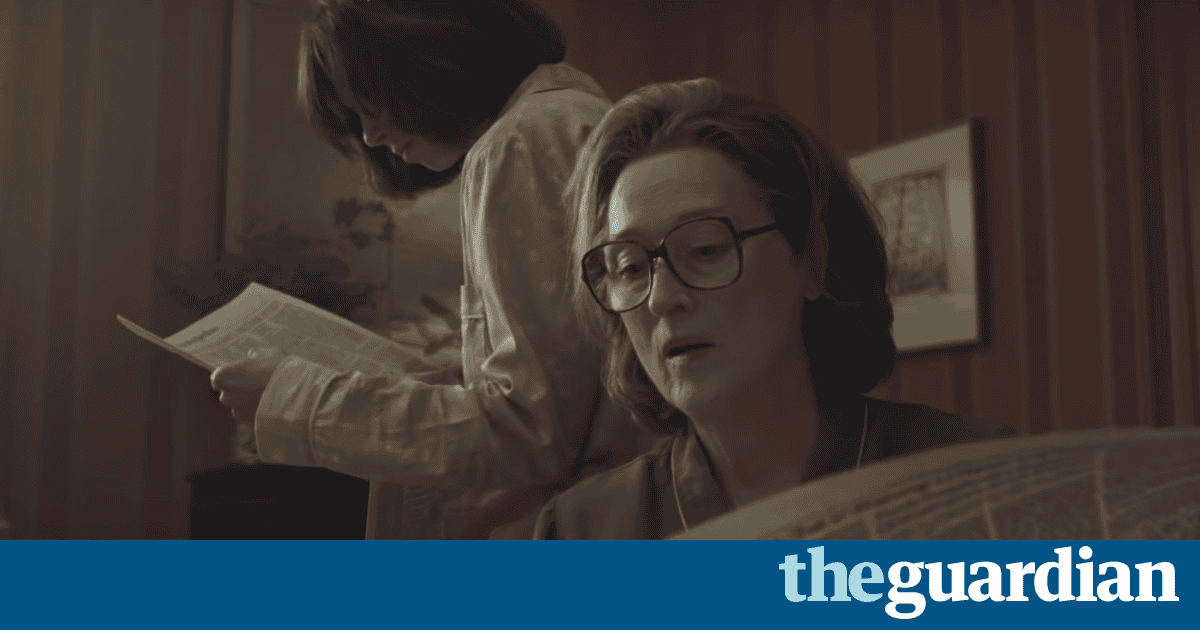 It has been described as a Hollywood all-star team’s riposte to Donald Trump. Steven Spielberg’s new film, The Post, headlined by Tom Hanks and Meryl Streep, dramatises the Washington Post’s publication of the classified Pentagon Papers, which exposed government lies about the Vietnam war.

But while there are well chronicled parallels between the administrations and obsessions of Trump and Richard Nixon, the movie is also provoking debate about the role of media as watchdog – and whether a similar leak today would survive partisan attempts to discredit the messenger.

Spielberg consulted Daniel Ellsberg, the Rand Corporation strategic analyst who leaked the Pentagon Papers – a top-secret 7,000-page document detailing US strategy in south-east Asia from 1945 to 1967 – to New York Times journalist Neil Sheehan in 1971. It was a bombshell that revealed the White House knew it was fighting an unwinnable war.

After the Nixon administration won a court injunction that stopped the presses, Ellsberg gave a copy of the documents to the Post and 17 other newspapers. The Times and Post fought the order for 15 days until the supreme court overturned the ban in a 6-3 decision. Justice William Douglas wrote: “The dominant purpose of the first amendment was to prohibit the widespread practice of governmental suppression of embarrassing information.”

But the justice department still pursued a vendetta against Ellsberg. He went on trial in 1973 on charges of espionage, conspiracy and stealing government property. The charges were dismissed due to gross governmental misconduct and illegal evidence gathering against him. The Pentagon Papers were declassified in 2011 and released for the public.

Now 86 and widely regarded as the patron saint of whistleblowers such as Edward Snowden and Chelsea Manning, Ellsberg had temporarily lost his voice due to illness this week. He corresponded with the Guardian via email from his home in Kensington, California.

“Of course I’m glad Spielberg is doing this just now (actually, sorry to say, it would have been just as timely under Obama),” he wrote. “I look forward eagerly to see what they do with it. Great cast.”

Reflecting on the impact of the Papers on the conduct of the Vietnam war and how such a revelation would compare today, Ellsberg wrote: “The Papers affected public opinion (already against the war, then more so) but Nixon was no more affected by general public opinion … than Trump is, except for exactly the same type of voters, who constitute Trump’s base.

“The Pentagon Papers of Afghanistan, Iraq, Syria, with documents (still totally secret) would be published, if someone supplied them, by the Times and Post, I believe, with considerable effect on public opinion but probably even less effect (with a Republican-dominated Congress) on actual conduct of the wars than then. (I don’t think Fox and Breitbart would be a major part of the picture.)”

‘There would be even more talk of treason’

Trump has notoriously categorised journalists as “damned dishonest”, an “opposition party” and an “enemy of the people”. His attempts to delegitimise the mainstream media have been aided by rightwing outlets such as Breitbart News which, for example, sought to preemptively discredit Post interviews with women who accused Alabama US Senate candidate Roy Moore of sexual misconduct.

The president has also urged his attorney general, Jeff Sessions, to crack down on government whistleblowers. Earlier this month Sessions said the justice department was conducting 27 investigations into an “epidemic” of classified leaks, compared with “three per year” in the last three years of the Obama administration. In August, Sessions stated that the administration would be “reviewing policies affecting media subpoenas”.