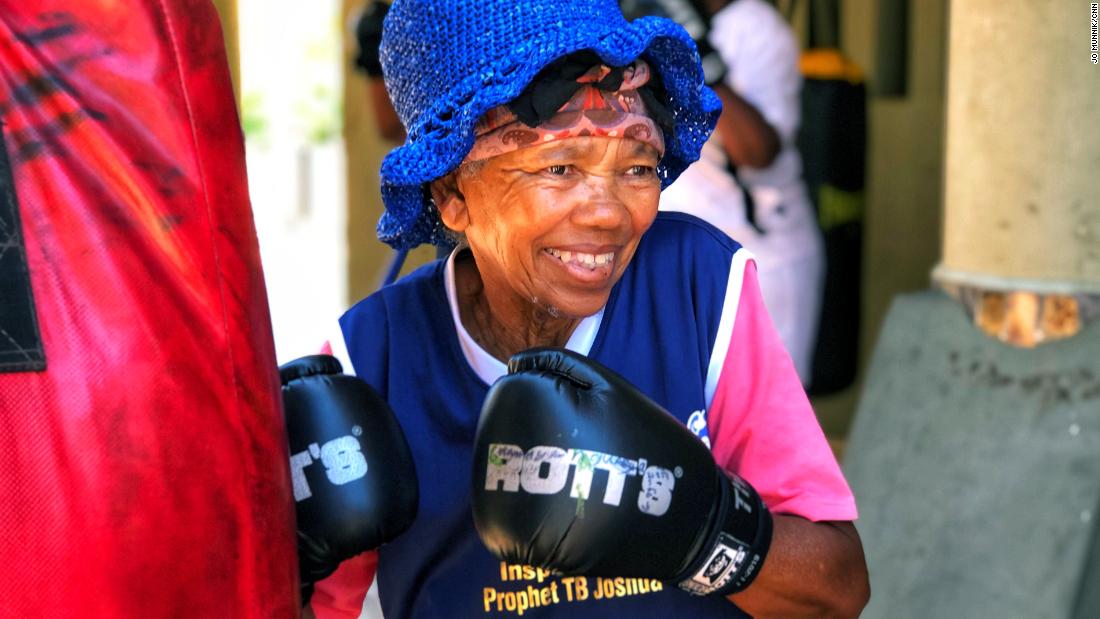 (CNN)The women range in age from the mid-60s to the early 80s. They love to dance and sing. And twice a week, they come to a gym in Cosmo City, on the outskirts of Johannesburg, to box. They are affectionately known as South Africa’s “boxing grannies,” and these women are juking and jabbing their way to healthier lives.

For these women, boxing is as much a social activity as it is a physical one, and it is that combination that can boost the benefits of exercise. A study from the Mayo Clinic found that physical activities with more social interaction were associated with a longer lifespan. 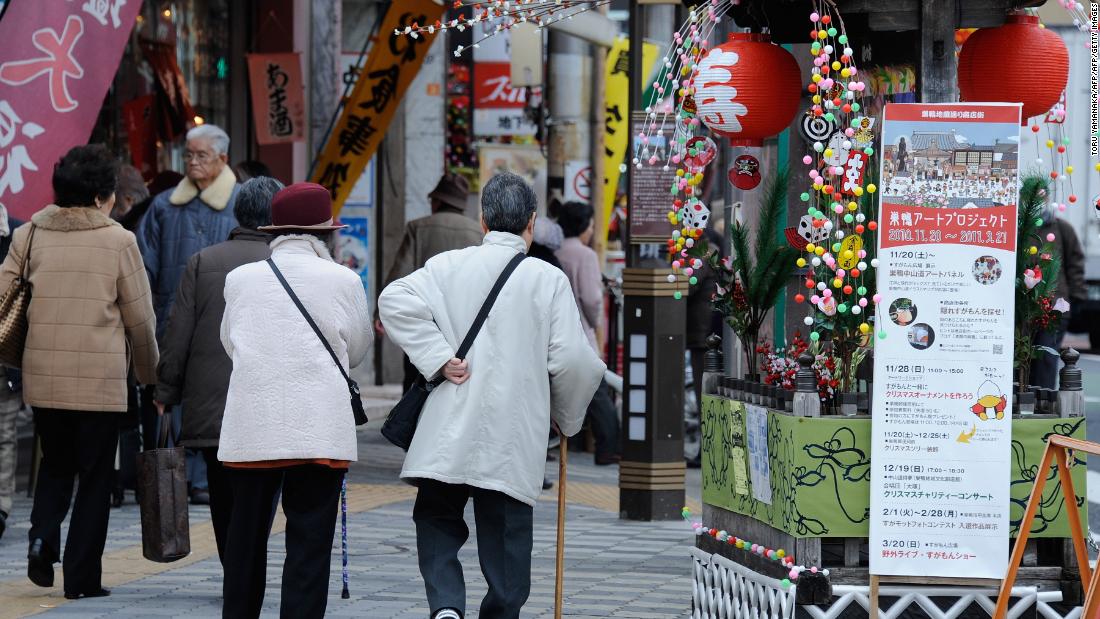 “I love to mix with the other grannies,” Ngubane said. “They are like family.”
The social aspect of longevity has long fascinated researchers, gaining attention alongside more tangible measurables like diet, exercise and smoking.
“What we’re beginning to realize is that it isn’t just food and exercise, which is important; the social world we live in is really important,” said Sarah Harper, professor of gerontology at the Oxford Institute of Population Ageing, previously told CNN. “Social connectivity both within one’s own peers, within a family, between generations — we know that in many ways, that can have almost the same effect as living a good life, eating well, not smoking, not drinking too much alcohol. A lot of research is now looking at social relationships and how social networking, like avoiding loneliness for example, can help somebody live a longer life.” 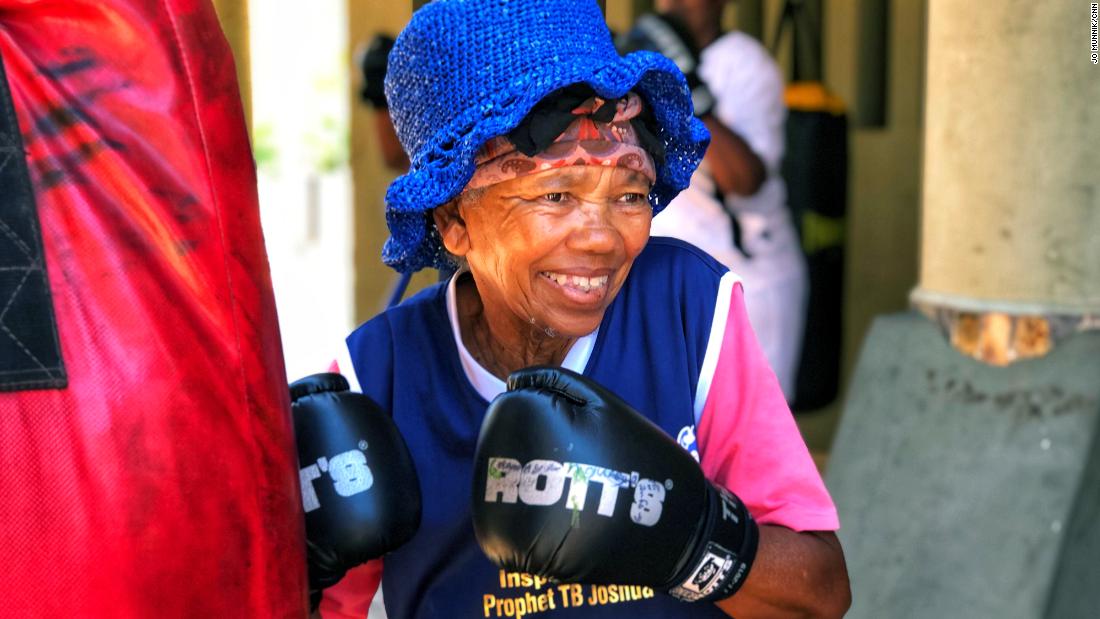 Mable Makhosi, 68, has seen it, too. She has noticed a change in her health since she started coming to the gym to box four years ago; in particular, she has seen improvements with her diabetes and blood pressure.
“When I come here, I found my sugar can be controlled, even my high blood [pressure],” she said. “When I go to the hospital for a check-up, my doctor [asked] me, ‘What did you do? You used to have a problem with diabetes!’ I said, ‘No, I’ve done my exercise.’ My doctor told me I’m doing well, and it does help you.” 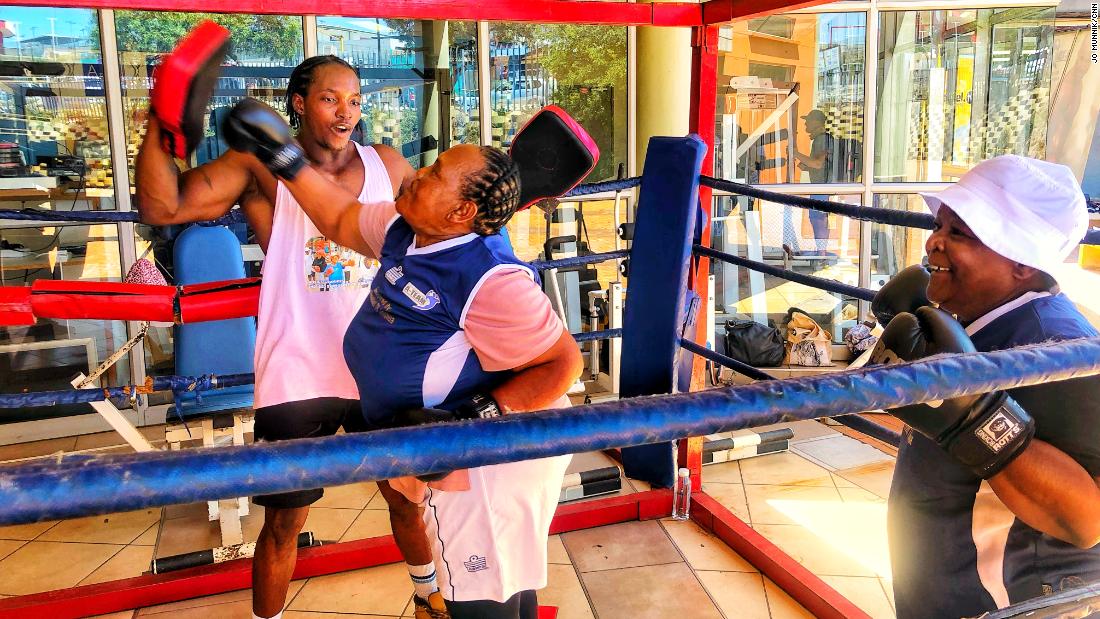 Claude Maphosa, one of the visionaries behind this project, has watched the grannies transform since the program began.

“The changes I’ve noticed among them — their self-esteem is quite overwhelming,” Maphosa said. “It is quite exciting to see someone who was just hopeless and now full of life.”
The Cosmo City gym has helped fill a void for the elderly community there, keeping them active and motivated. At half the age of the women he trains, Maphosa is also taking in life lessons, perhaps gaining as much — if not more — from the grannies as they are gaining from his gym.
“What I’ve learned from these grannies is, you have to have patience, perseverance and you’ve got to be disciplined yourself,” he said. “It teaches you a lot about life and the way of health and encourages me to keep on going.”